The city of Rouen, France is where Catholic saint Joan of Arc died in 1431 after being burned at the stake by the English during the Hundred Years War. Now, the city is honoring the heroine by opening a new historical museum.

Art Daily reports that the Joan of Arc History Museum (Historial Jeanne d’Arc) will open March 21. The museum will be housed inside the city’s archiepiscopal complex—its hall of the canonical court is where Joan was sentenced to death. Exhibitions will include an interactive digital timeline of her life, from the siege of Orléans to her capture in Compiègne, a multi-media “library of myths” that examines the controversies and differing histories associated with her iconic story, and a special exhibition for children.

Exhibitions will call upon the historic sites in Rouen that connect with Joan’s history, such as the Joan of Arc Tower, the castle where she was imprisoned and tortured before her death, and the city’s Old Market.

But, if you can’t travel to France to visit the new Joan of Arc History Museum, there are some several artworks inspired by Joan right here in New York City. A bronze equestrian sculpture, dedicated in 1915 by artist Anna Vaughn Hyatt Huntington, sits at Riverside Park, Riverside Drive at 93rd Street, and Lorraine-native Jules Bastien-Lepage’s famous 1879 painting that depicts the martyr in her parents’ garden listening to the voices that sparked her divine revelation is at the Metropolitan Museum of Art. 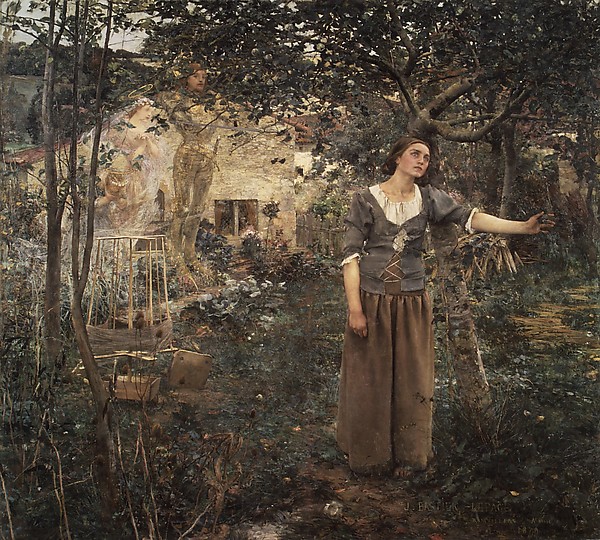