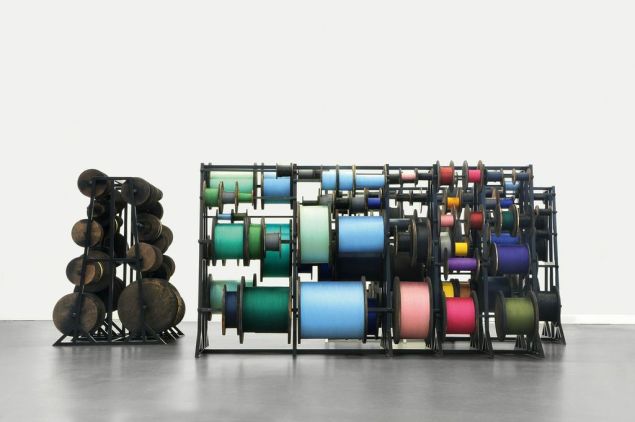 For years, the sidewalk adjacent to Central Park’s 60th Street and 5th Avenue entrance has been an art gallery of sorts, with the non-profit Public Art Fund showcasing dozens of large-scale sculptures by emerging and often inventive artists. The Fund, which aims to bring contemporary art to the general public through free citywide exhibitions, has announced a new commission on the spot opening on March 3.

Desire Lines, a large-scale installation by Italian artist Tatiana Trouvé, is the artist’s first public commission in the United States and will be up, or on-site, through August 30, 2015.  But the art isn’t just adjacent to the park, it’s actually about New York City’s beloved backyard.

It uses three giant custom-fabricated industrial shelving units, 212 wooden spools, and hundreds of yards of meticulously measured colored rope; each spool of rope corresponds precisely in length to one of 212 distinct pedestrian pathways, ranging from well-known boulevards to more obscure hidden walkways, in the Park.

“We approached Tatiana about developing a project for the plaza about three years ago, and she’s always been interested in creating a work that responds directly to this site at the southeast entrance to Central Park” said Nicholas Baume, the Public Art Fund Director and Chief Curator. “Tatiana Trouvé’s work transforms industrial materials like rope, wooden spools, and steel storage units into muscular and evocative sculptural forms.” 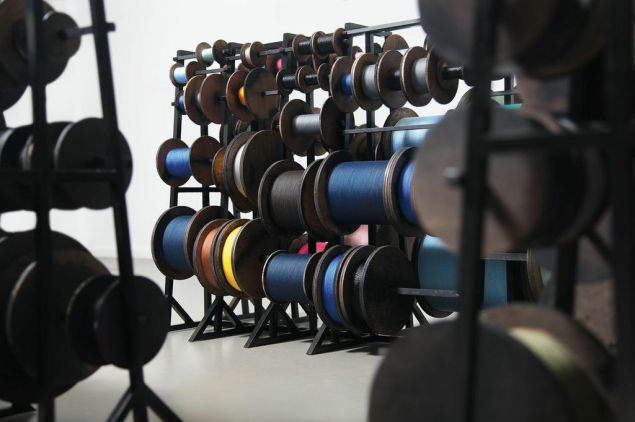 Desire Lines will be installed at the Doris C. Freedman Plaza in Central Park. (Photo courtesy of the Public Art Fund)

“Rather than simply illustrate the park, Desire Lines creates a parallel experience of its extraordinary density, mass, and variety. Trouvé’s color choices for the rope and placement of each spool are intuitive, just as our own navigation through the park might follow any number of different routes, according to our personal ‘desire lines,’” said Mr. Baume.

The exhibit also invites viewers to reflect on the poetic, political and cultural significance of the simple act of walking. Each rope is titled to represent the literal description of the pathway, as well as a historic moment in politics, music, literature or the arts. For example, “P004: From West 108th Street to the Blockhouse” is named Selma to Montgomery March and “P145: From the Naturalists’ Walk Rustic Bridge to the Balcony Bridge” is called Walk on the Wild Side.

“The work acts as an index to Central Park’s nearly 60 miles of footpaths as well as a meditation on the act of walking. Her cultural titles are drawn from incredibly diverse references including songs by Dionne Warwick and The Pixies, artworks by Sophie Calle and Francis Alÿs, and watershed historical moments Gandhi’s the Salt March and the more recent Ferguson protests,” noted Mr. Baume.

Since 1977, Central Park’s Doris C. Freedman Plaza, named for the champion of public art and founder of the Public Art Fund, has been the site of over 75 rotating sculptural installations. 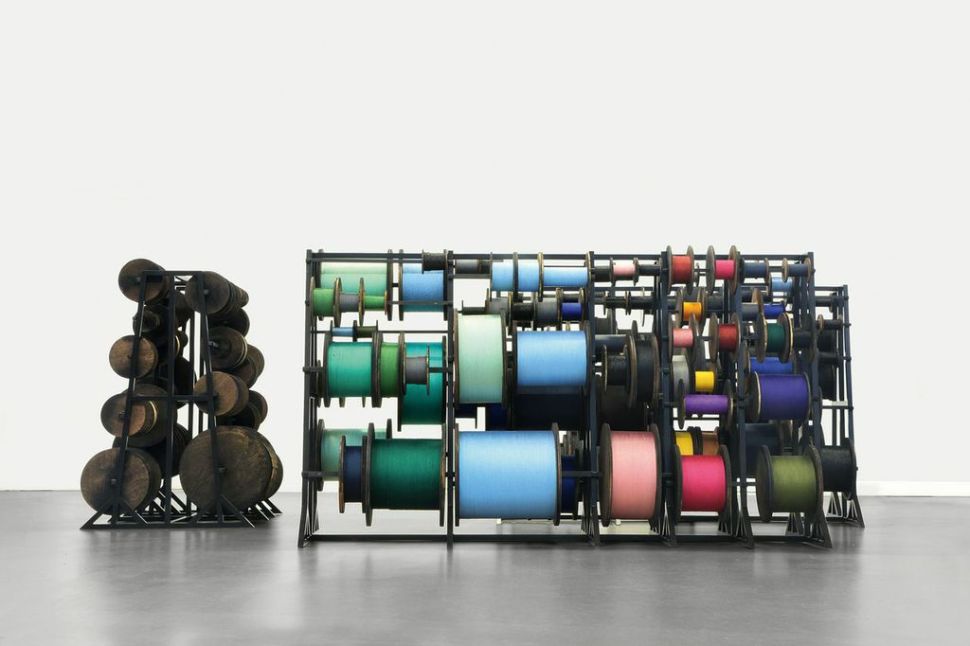