At a recent stand-up show in the Lower East Side, a comedian delivered his middling jokes to smatterings of laughter. His set was fine, but the thing that really set this performer apart wasn’t his material. It was the fact that he was wearing a suit.

The other comics, of course, ripped into him after his set was done.

This is the standard practice at the more dive-y and alternative stand-up venues throughout New York City. If you take the stage in anything fancier than jeans and a T-shirt, you’d better be ready to turn your clothes into a joke before someone else does.

In fact, showing up to a gig looking camera-ready is “akin to wearing makeup to the gym” for comics, as comedian Phoebe Robinson, who recently appeared on Late Night with Seth Meyers, told the Observer.

Even in the upper echelons of the comedy world, there’s nary a fashion icon. This is not so in other areas of entertainment. While Lady Gaga, Rihanna, Scarlett Johansson, Natalie Portman and Matthew McConaughey snap up lucrative fashion endorsement contracts, you won’t find Tina Fey, Louis CK or Julia Louis-Dreyfus sitting front row at a fashion show or starring in a Chanel ad, despite their extreme popularity.

It begs the question: In a world where crossover between different segments of the entertainment industry is common, why can’t comedy and fashion get along?

“You just look ridiculous and like you’re trying too hard,” Ms. Robinson said about dressing up for a gig. “Comedy is not about trying too hard. It’s about being natural and being a storyteller and being the underdog in some way.”

Guess wearing Balmain is not conducive to an everywoman persona.

Fellow comic Seaton Smith, who is currently on tour and appears on Mulaney and in Chris Rock’s recent film, Top Five, told us that some comedians are interested in style, but not fashion. Unless they’re being used as a punchline, loud, attention-grabbing clothes are “a distraction” onstage, he said, “but to be clear, I try to look great.”

The slickly styled comic does realize, though, that “wearing anything too wild means you take yourself too seriously,” he added, “which is the enemy of comedy.”

Mr. Smith pointed out that in the ’60s and ’70s, male comics, especially African-Americans, were setting trends.

“For a while, every big black comic after Eddie Murphy would wear a leather suit,” he recalled. “Cosby was the coolest, best-dressed man in the world from about ’61 to the late ’70s.”

Steve Martin, too, had his own stylish trademark back in the day pointed out comedian Robert Dean during a recent chat. “I often wonder if I’ll ever find my own white suit,” said the comic, who described his current hand-me-down aesthetic as “my brother’s style, but too big.”

Female comedians in the past have also adopted a uniform, but they were more likely to use their clothes as costumes rather than as expressions of their own suave style. Lucille Ball is adored for her polka-dotted housewife ensembles, but Madelyn Pugh, a writer on I Love Lucy, says in her memoir that the comedic genius was actually known on set for her constant inability to make the right fashion choice, always going for the garish, even when she wasn’t trying to look funny.

For these women, establishing an over-the-top uniform served not only as a visual punchline, but also as a way to exempt themselves from criticism of their looks. They turned their appearance into a joke before the audience or their male peers could. A comedian stands outside the rest of culture and comments on what she sees, after all. Why shouldn’t she exist outside the confines of fashion, as well?

Anna Drezen, who hosts the monthly F*ck That Movie show in Williamsburg, grapples with these issues whenever she performs. Should she dress up for the stage or, as she put it, “look as genderless as possible?”

“People generally sort of don’t want to listen to women talk, so it’s like, how can I fix that with sweaters?” she mused to the Observer. “It’s jarring for people, usually on a subconscious level, to be presented with a woman who thinks she’s so funny or interesting or worthy of attention.”

Dress down too much, though, and a comedian will never hear the end of it; one runs the risk of male comics wondering out loud, “Why do you look so tired?” Ms. Drezen added ruefully. A lose-lose situation if a woman allows this to become a distraction.

Of course, once a comedian hits the big time, she or he can get away with dressing nice—and sometimes, when a red carpet is involved, it is de rigueur. This brings us to the conundrum of the red carpet comic.

The stylist Loretta Chin, who worked with the late Robin Williams and is currently vice president of the Canadian Alliance of Film & Television Costume Arts & Design, offers that maybe comedians, strong-minded as they are, are resistant to taking advice from stylists.

“Often, they will ask their stylist to create their look, but will ultimately go with what they want, for better or worse,” she said. “Every stylist has experienced the cringe factor, when the wrong choice is made. That’s when you hear, ‘What was their stylist thinking?’ ”

Mr. Smith offered yet another possibility: Comic actors such as Ms. Dunham and Ms. Fey simply do not have the time to follow fashion and select the perfect outfit. They are not only acting, but writing, directing and running their shows. It is unfair, he suggested, to group them in with dramatic actors who are not “in the writers’ room 12 hours a day.”

“Brains just have a limit on how much they can process,” he says. “Tina and Lena are at that limit.”

Still, comics and the fashion world alike are missing out on this seeming inability for the two industries to embrace each other. How fun would it be to see, say, Sarah Silverman in a string of cheeky Marc Jacobs ads?

Perhaps the special mix of nature and nurture that creates a funny person is just different from the ingredients that produce a fashion pro. After all, fashion shows are not exactly laugh-a-minute affairs.

“People who are geniuses in one area aren’t balanced people,” Ms. Drezen posited. “Albert Einstein was probably a piss-poor dancer. I would not want Michael Jordan to plan my wedding.”

True, the Karl Lagerfelds, Anna Wintours and Carine Roitfelds of the world are just as obsessed with their industry as comedians are with theirs. Fashion people seem as serious as comedians are funny—on the rare occasion that Ms. Wintour smiles in public, for example, it is a news event in and of itself. (The last time was in October 2014, and it was half-hearted attempted at that.)

As the comic Mr. Dean put it, “They are connoisseurs of fashion, and I’ve never met a funny connoisseur.”

This is not to say fashionistas are never funny—Ms. Wintour surely gets a kick out of her frosty reputation. Watch any reality show featuring Andre Léon Talley, Michael Kors or Victoria Beckham, and it’s always clear how capable they are of being funny. Still, fashion people work hard to keep up a frigid façade in public, not least because many have squads of financial backers to answer to. No designer wants to appear to be having too much fun.

“Maybe fashion people seem serious because fashion, although it’s perceived as glamorous, frothy and light, is a tough business,” Ms. Chin said. “It’s hard work producing collections, season after season, remaining competitive and relevant. It’s an art form and, like the art world proper, it does sometimes take itself a bit too seriously.”

Dramatic actors also need to be self-serious in order to gain respect for their craft. It is no surprise that glamour-pusses such as Blake Lively are equally at home pouting for Vogue’s cameras and going method in frothy primetime soaps such as Gossip Girl. If you do not take yourself just a touch too seriously, how else can you convincingly bring such melodramatic fare to life?

Meanwhile, nothing is sacred for comedians and funny actors—their job is to satirize everything from politics and culture to, yes, fashion. If a comic ever became too comfortable in the rarified world of fashion, how could we trust them to speak truth to power?

So perhaps comedy and fashion must remain at odds, with neither side fully understanding the other, despite some crossover success in the form of Jenny Slate’s consistently perfect red carpet looks and Carlyne Cerf de Dudzeele’s hilarious fashion-centric web series.

But as Ms. Chin pointed out, elite members of the comedy and fashion scenes do have one thing in common: A knack for exhibitionism.

“Fashion people are also theatrical,” she added. “Fashion is a kind of grown-up form of dress-up and costume.”

One more similarity: Fashion and comedy pros share an obsession with pushing boundaries. It would be wonderful to see what they came up with if they worked together. 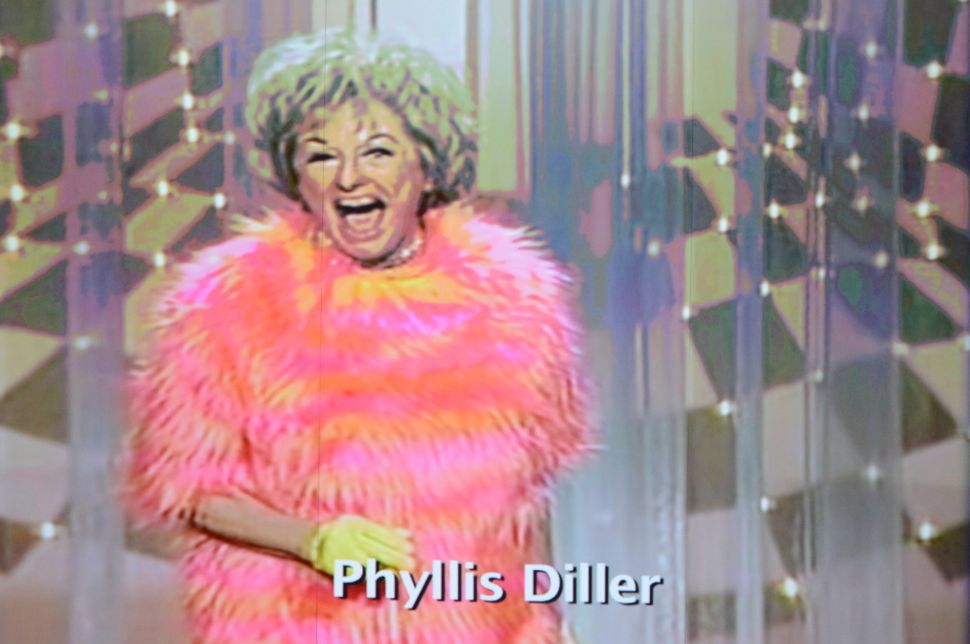