Gov. Andrew Cuomo again recalled a comment by Vice President Joseph Biden about the state of LaGuardia Airport as he pitched his 2015 agenda—which includes rehabilitating both of New York City’s airports—to a crowd in the Bronx.

Mr. Cuomo, in the Bronx to promote the proposals he first rolled out in his State of the State address last month, seemed to take slight umbrage at Mr. Biden’s statement last year that LaGuardia Airport leaves visitors with the impression “I’m in a Third World country“—even as the governor admitted the vice president had a point.

“Vice President Biden, in a very candid moment, which he enjoys, flew into LaGuardia and said, ‘You fly into LaGuardia, and you think you’re flying into a Third World country,'” Mr. Cuomo said. “Now, that was a slight overstatement, slightly insensitive, slightly insulting. But, basically true.”

The Democratic governor, who has had a bit more fun with the remark in the past, reiterated his commitment to refurbishing both LaGuardia and John F. Kennedy International Airport, saying that the projects are essential to economic growth.

“You want to talk about business development? The gateway to business and tourism, which is very big business in New York, is the airports. And, frankly, the airports are terrible. And this is not what we deserve as New Yorkers,” he said. “We’re going to take over, and we’re going to build New York the airports we deserve.”

Mr. Cuomo also talked up his proposal for a “long overdue” airtrain to LaGuardia, which he estimates will cost the state $450 million, though a number of analysts have disputed that figure as “too low.” He also described a “transformational project” of creating new Metro North stations near Co-Op City, Morris Park, Parkchester and Hunts Point in the Bronx.

“Years from now, after the Bronx has developed in a way it hasn’t done in the past 50 years, they’re going to say ‘What caused it?’ They’re going to say, ‘Putting in four new subway stops,'” he said, touting the project’s $1 billion price tag. “That’s a lot of money. I just want to underscore, a $1 billion investment.”

“So I’m sure your entire Bronx delegation is very happy and appreciative, and grateful,” he said. “Not an easy group your delegation, I’ll tell you. It takes a billion.” 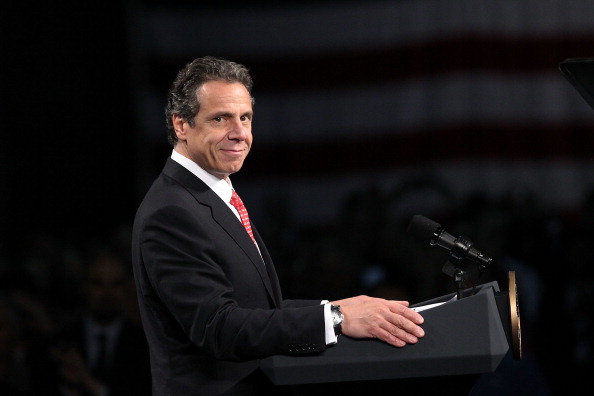