Former Gov. David Paterson said that his popularity ratings slid as a result of Saturday Night Live sketches that made fun of his visual impairment.

Mr. Paterson, New York’s first legally blind governor, reminisced with AM 970 The Answer host Joe Piscopo about their appearance on the show’s 40th anniversary episode—but he said he was still bothered by multiple impressions former SNL star Fred Armisen did of him during his time in office. Beginning shortly after Mr. Paterson replaced resigning Gov. Eliot Spitzer in 2008, Mr. Armisen depicted him as a bumbling fool who had difficulty looking in the correct direction while speaking and who once walked into a television camera—an act that Mr. Paterson claimed damaged both his personal stature in the state and attitudes toward the blind nationwide.

“I don’t mind other people making fun of me, I make fun of myself. What I didn’t like about this skit is that people were taking all my jokes and applying it to my service. And believe it or not, my approval rating went down after that Saturday Night Live show,” he said. “What I was trying to say to the public is, ‘David Paterson has a job. But 70 percent of blind people in this country are unemployed, even though their education performance has exceeded the national average.’ ”

He added, “Now what’s wrong with that picture is that people’s perception of the disabled, that kind of slapstick, people crashing into walls and things, that is keeping people from working.”

“You poked so much fun at me for being blind, I forgot I was black,” Mr. Paterson, New York’s first African-American governor, said on the TV program.

Mr. Armisen also portrayed Mr. Paterson as a bit of a Borscht Belt comedian whose punchlines were always about New Jersey. Though he was critical about the negative portrayal of the blind, Mr. Paterson was willing to join in the negative portrayal of the Garden State: “Just by sense of smell, I can tell that there are 15 people in this audience from New Jersey!” he cracked in his 2010 appearance.

Much larger problems than comedy sketches beset Mr. Paterson’s almost-three-year tenure, including questions over the awarding of a contract for slot machines at the Aqueduct Race Track in Queens to a company tied to the rapper Jay Z—a friend to the former governor—his interference in a police investigation into a staffer’s domestic abuse incident and his use of his position to obtain free tickets to the 2009 World Series. The last incident resulted in a state ethics commission fining him more than $60,000 in 2010, and the series of scandals led to Mr. Paterson not running for a full term that year. 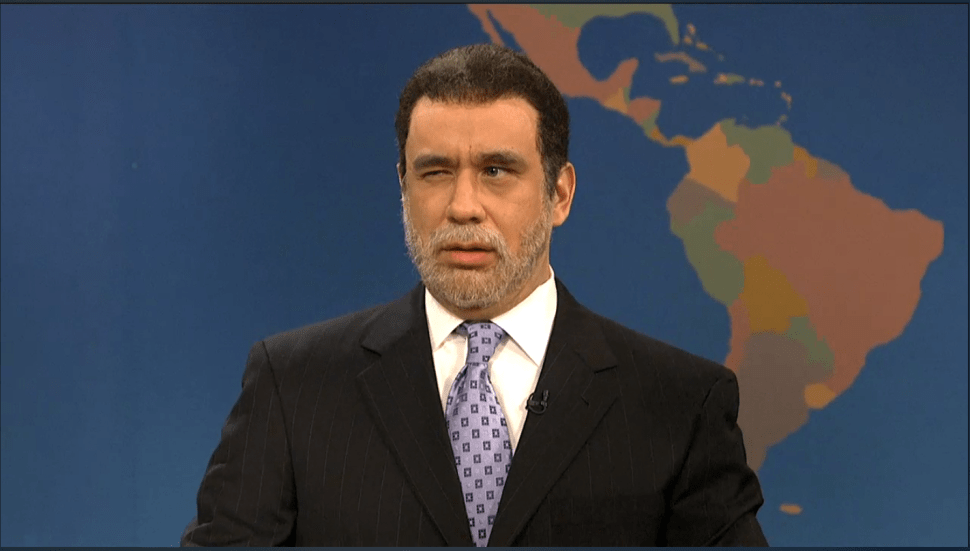