At a City Council hearing today, top officials from Mayor Bill de Blasio’s Office of Emergency Management said they were powerless to force employers to close during natural disasters.

At a joint hearing of the committee on Recovery and Resiliency and Fire and Criminal Justice Services, Queens Councilwoman Elizabeth Crowley recounted tales of workers struggling with closed streets and subways in the midst of a snow storm earlier this month. She asked OEM Deputy Commissioner James Esposito if it was possible for the city to encourage private enterprises to temporarily shutter in order to ensure employee safety.

Mr. Esposito said the city can do little other than inform business owners of an approaching storm.

“I don’t think we have the authority to close businesses,” the de Blasio appointee said. “Ultimately, it is their decision as to whether or not they should close and stay closed.”

Mr. de Blasio did back legislation, however, requiring businesses to grant employees paid sick days. He described it as a “dramatic expansion” of that program that he oversaw in the first months of his mayoralty. Against the wishes of some in the business community, the paid sick days expansion became law last year. 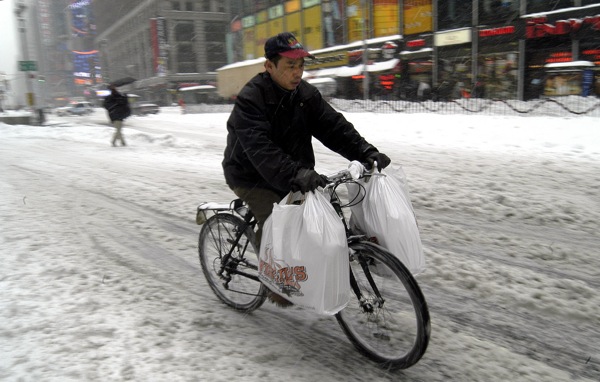