Mayor Bill de Blasio today vowed to push for a minimum wage higher than that proposed by Gov. Andrew Cuomo—pushing for a an hourly wage of $13 in the city next year that would rise to $15 by 2019.

“It’s crucial to lower the expenses of hard-working people, but to be fair—nothing does more to address income equality than actually raising people’s incomes,” Mr. de Blasio said today in his State of the City Address, which focused largely on making New York City a more affordable place to live.

Gov. Andrew Cuomo has proposed a statewide minimum wage of $10.50, with an extra dollar for New York City at $11.50. But Mr. de Blasio said today that proposal does not go far enough.

The mayor said he would also call for an indexed minimum wage, which would increase with inflation. Through indexing, the city would have a $15 an hour minimum wage—something fast food workers in particular have been rallying for—by 2019.

A spokeswoman for Mr. Cuomo, Melissa DeRosa, cast doubt on the possibility of such a plan being passed by the state legislature.

“The Governor agrees with Mayor de Blasio that we must raise the minimum wage in New York. While we believe the State Legislature will view an increase to more than $13 as a non-starter, we will continue to push for the aggressive proposal the Governor outlined last month that also accounts for the higher cost of living that workers experience in New York City,” Ms. DeRosa said.

But Deputy Mayor Alicia Glen said she was confident the city could achieve some movement on the minimum wage.

“I think it’s incredibly important. The mayor has been clear all along that we need to have indexing to deal with the realities of the expense and the labor market here in New York, and we feel confident that we can get some movement on that this year,” Ms. Glen said. 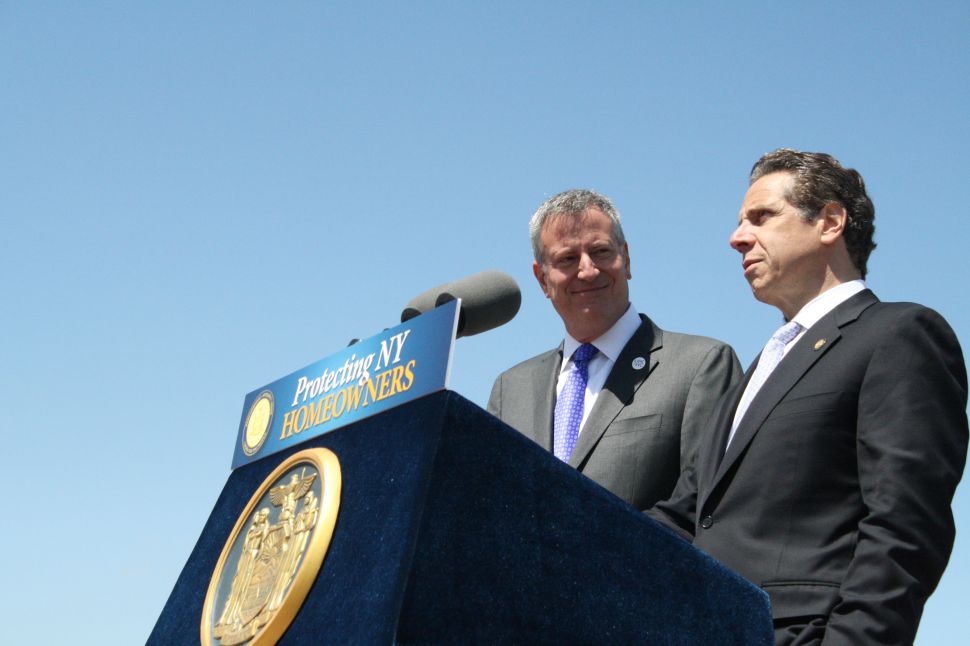