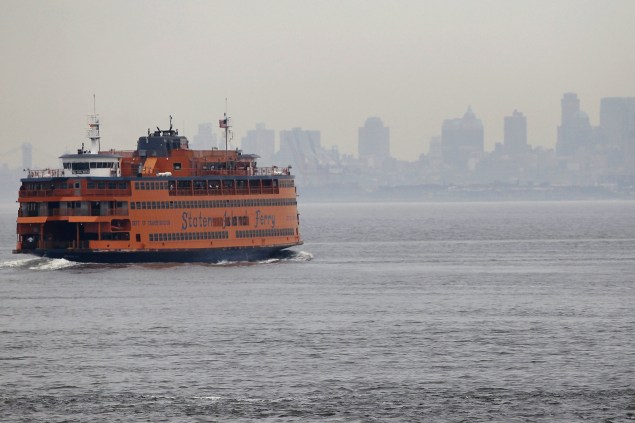 Mayor Bill de Blasio today upheld his proposal to create a new ferry route linking northern Staten Island to lower Manhattan—denying claims from officials from the borough that the route would be redundant with the nearly 200-year-old existing free ferry service. 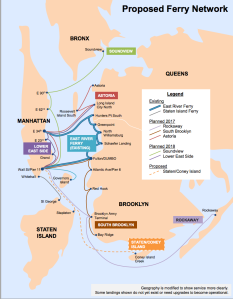 Speaking at an unrelated press event, Mr. de Blasio pushed back against assertions that the “fast ferry” route he outlined in his State of the City address earlier this week would simply retread the same waters as the current Staten Island Ferry, which launches and lands just a short distance from his envisioned Stapleton-to-Wall Street service. The mayor noted that North Shore of the water-encircled borough expects to see substantial new housing construction in the next several years, which he argued will necessitate a new boat line.

“I think the notion here is a coordinated five-borough system that very much links to where we think there is going to be new development and new demand and new need,” he said, adding the questionable assertion that the proposed route would connect different areas than the old ferry. “It’s not just repetitive with the existing ferry service, these routes go in different places and add capacity. People right now who live on Staten Island have the option of going to lower Manhattan. This service is going to go to other parts of the five boroughs and other parts of Manhattan, so it’s not a duplication of the existing service.”

While the mayor said the new ferry service would link up with ferry routes to other destinations across all boroughs, the new route would dock at Pier 11, just under a half-mile from where the existing Staten Island Ferry lands—meaning those other ferry routes are already an easy walk from the existing terminal at Whitehall, which is also closer to a slew of subway lines than Pier 11.

A number of Staten Island electeds told the Staten Island Advance after the mayor’s speech on Tuesday that they believed any new water transport should serve the mass transit-starved South Shore of the borough. Staten Island Borough President James Oddo told the Observer after the speech he welcomed the ferry in Stapleton—but wanted more service to areas with longer commute times.

Mr. de Blasio noted that the Staten Island route is the most tentative of the six new ferry lines he described.

The other boats—which will ply the East River and the harbor between Manhattan, Brooklyn, Queens and the Bronx—are planned to launch in 2017 and 2018. There is as yet no date attached to the proposed Staten Island service.

The mayor said he was open to suggestions from other politicians and from the public.

“This is an initial proposal, first of all, and we’re going to constantly listen for ways that we can perfect it,” he said. “We will certainly talk with people about other places that might be considered over time.” 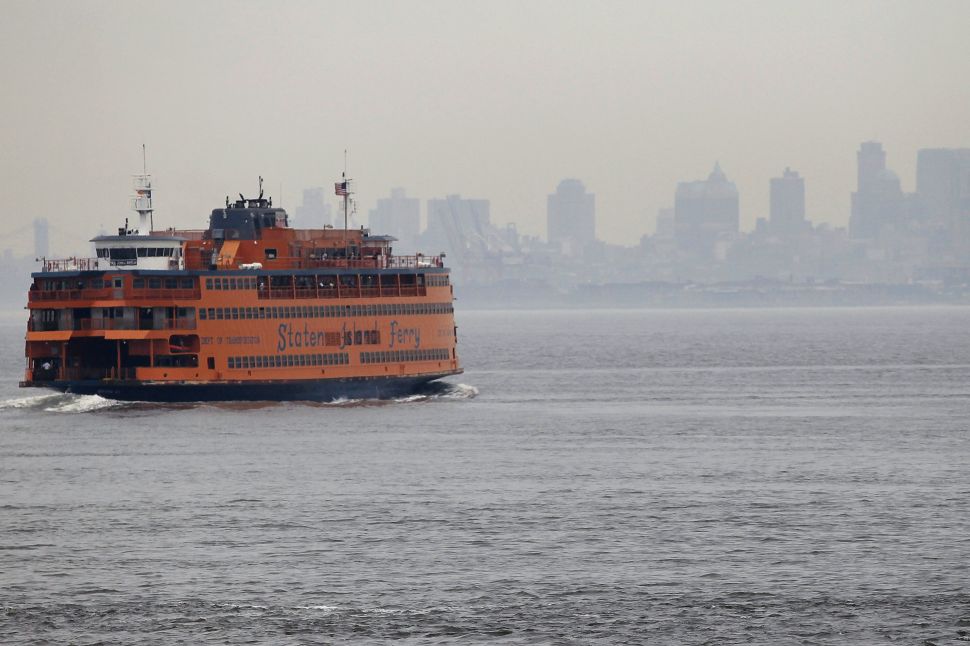