Mayor Bill de Blasio defended his administration’s new arrangement with the ultra-Orthodox Jewish community over the controversial practice of metzitzah b’peh, in which a rabbi sucks the blood from a fresh circumcision wound with his mouth—a rite believed to carry the risk of potentially deadly herpes symplex 1 virus infection.

Speaking to reporters in Albany after his testimony before the state legislature on the budget, Mr. de Blasio attacked his predecessor’s policy of obligating religious Jewish parents to sign a waiver warning of the possible dangers before the child underwent metzitzah b’peh. The mayor noted that the community’s leaders viewed the mandatory disclaimer as an obstruction of their religious freedoms and sued to block it, and he said few followed the Bloomberg-era rules.

The deal Mr. de Blasio reached with the plaintiffs in the suit will have local medical care providers distribute information on the HSV1 threat, while instituting genetic testing on the next baby boy who contracts the illness. If the tests indicate that the circumcising rabbi, or mohel, was the source of the infection, the Jewish leaders will agree to ban him from practicing metzitzah b’peh ever again—and a violation will be punished by fine.

“What we’re doing conversely, it starts in the hospital and the relationship between the mother and her doctor and the hospital in which she has the child, information provided right there about the practice, including the option for the mother to say she wants to opt out, the opportunity to talk to health department officials and get more information—that’s a sea change right there,” Mr. de Blasio said.

The mayor said that by reaching a compromise and settling the suit, his administration had succeeded in engaging ultra-Orthodox leaders in rooting out the problem of HSV1 transmission.

“By taking away a part of the policy that people in the community felt was onerous and disrespectful of their traditions,” he said. “We have gained a very firm commitment which I absolutely believe—I know a lot of people involved I absolutely have faith in them—if we see any wrongdoing by an individual, that there will be a joint effort between community leaders and the administration to follow up and make sure that individual is no longer in a position to be part of that ritual.”

Mr. de Blasio denied that his plan can harm the lives of baby boys.

“I care profoundly about the health of children,” Mr. de Blasio said, going on to point to his time as chairman of the General Welfare Committee in the Council.

Mr. de Blasio’s move proved popular in the hallways of the state capitol, where he was repeatedly stopped and greeted warmly by leaders of the Orthodox Jewish community, with one rabbi telling him: “Thank you for yesterday.”

Ultra-Orthodox Jews make up a large and powerful voting bloc in several boroughs, particularly in Brooklyn. It is not unusual in the community for thousands of residents to take direction from their rabbi on whom to vote for. 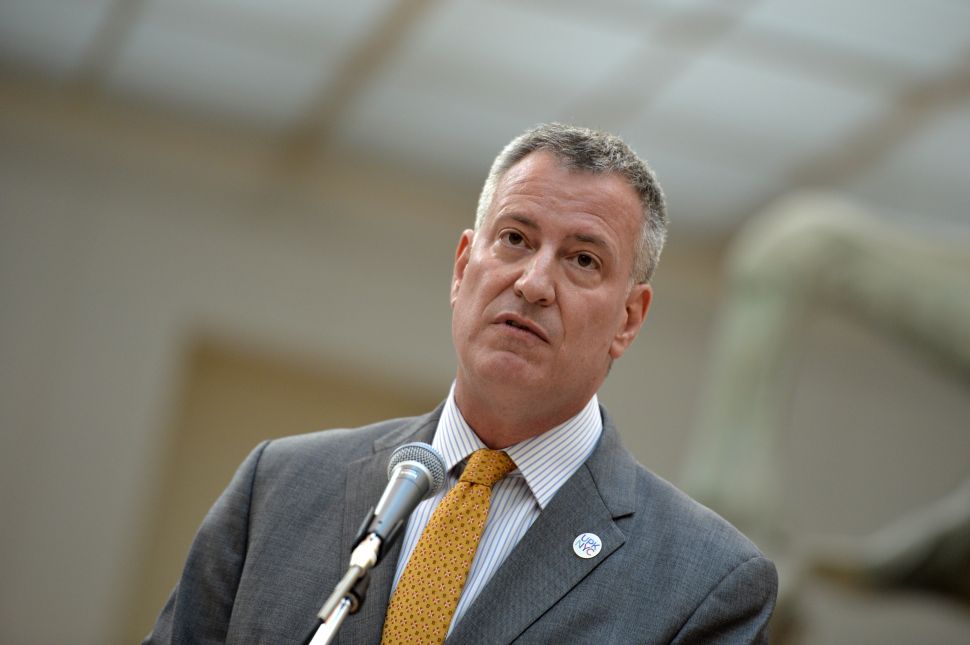