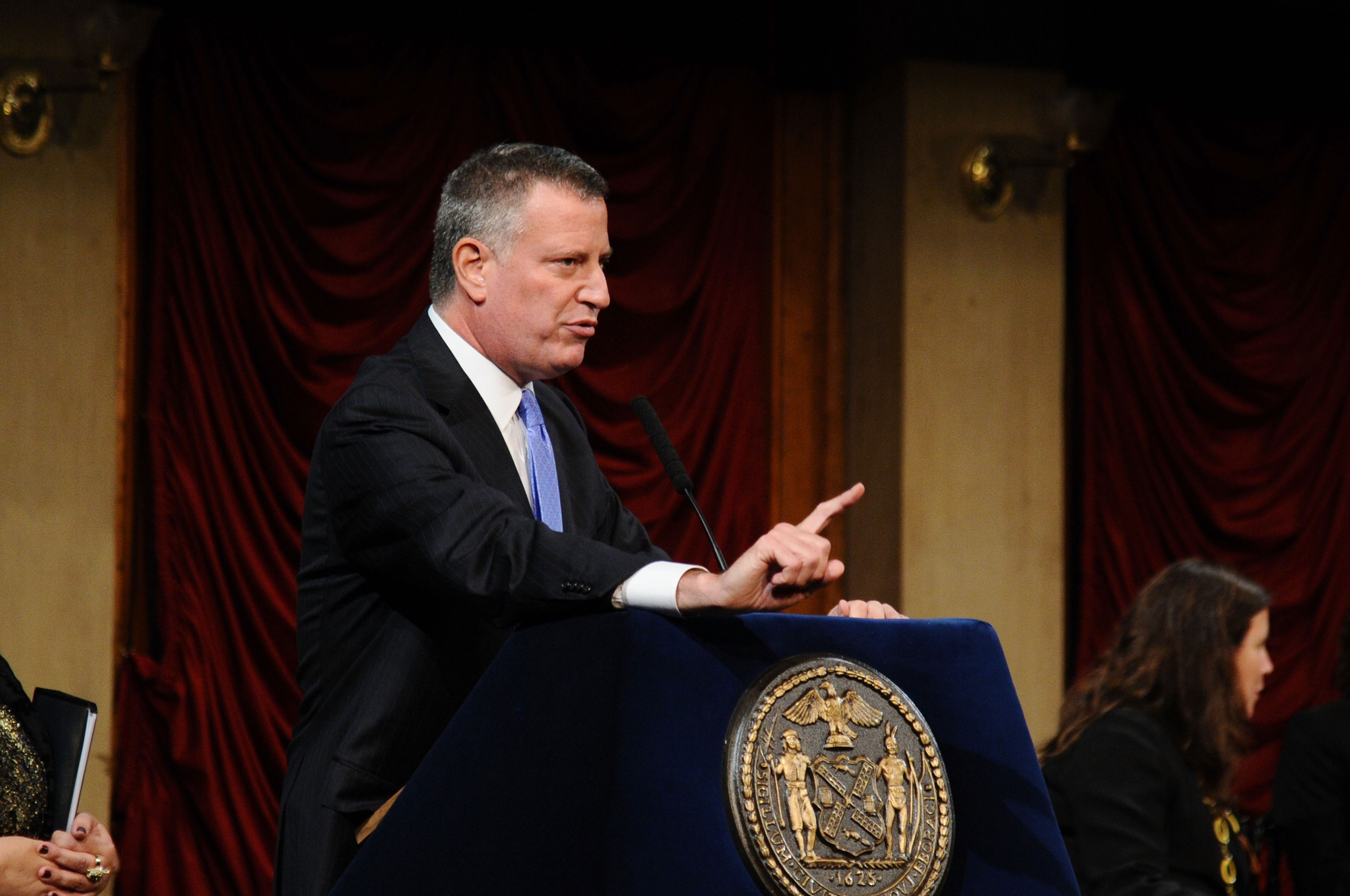 Gov. Andrew Cuomo may not be on board with Mayor Bill de Blasio’s plan to turn a railyard in Queens into a sweeping affordable housing development—but Mr. de Blasio wasn’t letting that put a damper on his plans today.

Yesterday in his State of the City address, Mr. de Blasio laid out plans envisioning a development called “Sunnyside Yards,” which would include more than 11,000 affordable apartments built in the image of Stuy Town and Peter Cooper Village. The mayor proposed building above the more than 200-acre working railyard, where both Amtrak and the MTA have operations.

Mr. Cuomo almost immediately threw cold water on the plan. In a statement, his spokeswoman Melissa DeRosa said the yard was not available due to its use by the MTA, state-run agency.

“The MTA uses Sunnyside Yards as an important facility for our transportation system, and it is not available for any other use in the near term. The State and the MTA are studying several potential future uses of the site from a long term planning perspective,” she said.

But Amtrak owns most of the site—150 acres—and the national railroad said yesterday it was open to developing above the property.

“Amtrak has begun conceptualizing future opportunities for development over our 150 acre Sunnyside Yards property.  We are working with the City and others to understand what potential exists for this incredibly unique site and recognize and support the Mayor’s strong interest in advancing affordable housing as part of any major new development,” Amtrak said in a statement.

And today, Mr. de Blasio noted the city would own the air rights above the rail yard.

“The rail yards have to be there, no question about it, they have to be there. But we think we can have them there…but also get a lot done in terms of affordable housing and other things that the city needs,” Mr. de Blasio said.

It would not be the first time the city has built above rail yards—see also: Hudson Yards—but prior projects were much smaller. In addition to being fraught with politics, the logistics of the construction project could also present huge challenges.

But Mr. de Blasio said big projects were what the city needed.

Some people want development to happen only in small-scale developments, as opposed to the massive amount of mixed low- and high-rise housing he’s proposed for Sunnyside Yards. But if the models of Peter Cooper Village and Stuy Town worked before, and the city has an opportunity to target development above a massive parcel, it should try those models again.

“Why on earth would we not grab that opportunity? So I’m going to be very, very focused on this,” he said.

Just a few hours before Mr. de Blasio’s bullish comments about Sunnyside Yards this morning, Mr. Cuomo was saying just about the opposite about development at the site.

“Sunnyside Yards specifically is problematic, but I agree with the mayor’s overall thrust and I applaud him for it,” Mr. Cuomo told NY1’s Pat Kiernan.

Mr. Cuomo noted that the train yard needs to remain a working train yard—something Mr. de Blasio, too has noted—and as such would requite a “very expensive type of construction” to build above it. Even if that construction happens, there are options other than affordable housing being considered, Mr. Cuomo said, including building a convention center.

“It’s complicated ownership on the site, MTA owns some, Amtrak owns some, a private developer apparently owns some of the air rights,” he said. “If we could make it work, affordable housing would always be great, but I think we need it for a train yard. Long-term, we need it for more study.”