Everyone knows that hype can kill a project long before it even gets off the ground, especially in the television world. Months and months of build up can lead to unrealistic expectations that can crush a show well before the premiere episode has finished airing. Given that nearly every show tries to promote itself as the best thing to ever come along, we’ve rather rightfully so become a nation of skeptical connoisseurs. Every new show is under a certain amount of scrutiny, but a highly anticipated show has expectations that are off the charts. Such is the case with AMC’s newest series, Better Call Saul.

As the phenomenally popular drama Breaking Bad was closing out its run, word came that the creative team that unspooled the adventures of Walter White week and after week had a new target in mind – White’s slick, yet bumbling, lawyer, Saul Goodman. Thus came Better Call Saul, a prequel to the award-winning series Breaking Bad, whose creator Vince Gilligan and writer/producer Peter Gould serve as showrunners of the premiere season.

Saul is set six years before Saul Goodman (Bob Odenkirk) enters the world of Walter White and the title character is clearly a far cry from the notorious criminal lawyer (emphasis on the word criminal here) that he’s to become. In fact, at this point in his life Saul Goodman isn’t Saul Goodman at all – he’s Jimmy McGill, a struggling public defender raking in $700 a pop for representing some true lowlifes.

Jimmy’s personal life is a mess as well, as he cares for his mentally unhinged older brother Chuck (Michael McKean), tangles with Chuck’s former law firm and has an undefined relationship with an attractive attorney (Rhea Seehorn), currently employed at Chuck’s firm.

Right from the get-go Jimmy tangles with familiar frenemy Mike Ehrmantraut (Jonathan Banks), whose role in the pilot, while comedic, is small, but grows exponentially as the series progresses.  Knowing where these two end up in relation to one another, it will surely be interesting to watch the turns that lead them toward their final destiny within the Breaking Bad world.

For now, McGill is barely a shadow of the slick Saul he’s to blossom into and it’s hard to envision just how he becomes the ‘success’ that he does given where he is when this story begins. He drives a barely moving car, works out of a closet of an office, wears a suit that looks like he sleeps in it and often pretends to be his own receptionist when taking client calls (a female British receptionist at that).

While continually hustling to make a buck, Jimmy fights an inner battle between his desire to succeed at any cost and his conscience, which really puts a crimp in his style as he conjures up scam after scam, most of which don’t progress in quite the manner he’d hoped, especially when he coerces others into joining him in some ill-planned plot. It’s in these moments that one can see the trajectory that will lead Jimmy to his eventual transition into his future life as the Saul everyone comes to know via Breaking Bad.

For now, Jimmy’s whole M.O. seems to be tackling his daily struggles with a MacGyver-esque approach, often using whatever he can fashion together in a useful manner to navigate the perils of poverty and lack of accomplishment. This makes for some fun guesswork as viewers will undoubtedly struggle to predict just exactly how Jimmy will incorporate his rudimentary inventions into his life. (Be on the look out for a paper towel roll as an example of this.)

Fortunately, Jimmy’s downtrodden, frustrating life is never annoying as there are small moments of victory thrown in that may not clearly stand out as such, but in hindsight are just that. This is particularly evident in Jimmy’s actual work as an attorney. Because Jimmy is the lead here he really does get to do more ‘lawyering’ than he did in Breaking Bad. He shines in one courtroom montage, but using the sun-soaked, yet gritty, setting of New Mexico to its full advantage just as BB did, Jimmy, although he may not realize it, actually does some of his best negotiating during an intense confrontation in the desert.

The weird likeability factor of Jimmy is solely due to Odenkirk and his capability to inhabit the character completely. He brings his well known comedic aptitude to the role, but he takes it to another level when he infuses the physical aspect of the part with quirky small mannerisms that absolutely define Jimmy. Couple this with his spot on delivery of such epic lines as “It’s like a meat piñata,” “That seems like something that came straight from Satan’s bumhole,” and (my favorite), “You’re talking like a person with head trauma,” it’s safe to say that once Better Call Saul hits the air, people will realize that there is currently no character on television that can compare to Jimmy McGill. Odenkirk should receive all the accolades he’s due for pulling this off and anyone who expressed the slightest doubt that he could lead the series will be permanently silenced.

The narrative style and visual look of the series may be reminiscent of its parent show, but these attributes are tremendously welcome here. The use of non-linear storytelling, extreme camera angles, and strikingly appropriate music cues make the show feel perfectly vintage. Even with a slight feeling of familiarity, there are times, especially in the premiere episode, when it’s difficult to decipher exactly what’s going on. This is not an unwelcome sensation and given that we know the methods of this creative team, we understand that all will be revealed in due time as the series advances and grows. This style of storytelling is what made Breaking Bad such a success and is also what will propel Saul along the correct path as well.

For all it’s gleaned from its highly acclaimed predecessor, Better Call Saul still effectively manages to create its own completely entertaining world, ensuring that both those fans of Breaking Bad and those unfamiliar with the Walter White saga will be equally amused and satisfied with this new entre.

The series may have begun as simply a way to keep a sliver of Breaking Bad alive, using an already established character to maintain some small sense of continuity, but the series manages to step out of the shadow of the award-winning series from which it spawned to excel on its own merits.

In short, the propaganda surrounding Saul has been entirely accurate, and while Jimmy may experience disappointment after disappointment, viewers will suffer no such fate. 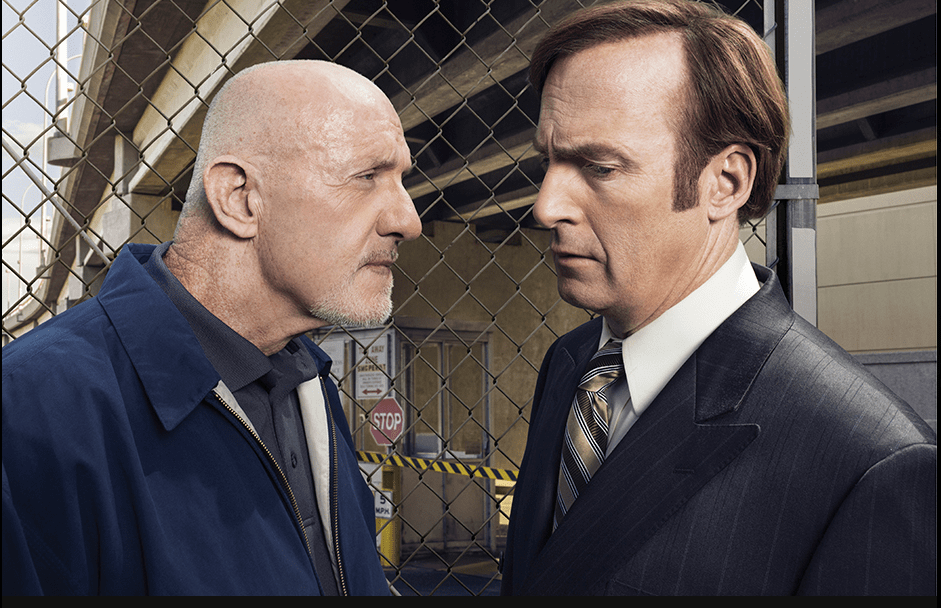