The city’s Department of Investigation blamed “persistent mismanagement” during the Bloomberg administration for an overhaul of the city’s 911 system being years behind and $700 million over budget..

“In sum, persistent mismanagement between 2004 and 2013 contributed to the delays and the waste of millions of dollars,” a report from DOI Commissioner Mark Peters concluded.

After September 11 and the blackout of 2003, the city, under Mayor Michael Bloomberg, embarked on a major upgrade to its 911 system known as the Emergency Communications Transformation Program, or ECTP. The vast plan called for replacing or upgrading its emergency radio systems, 911 call-taking, and computer-aided dispatch systems, and aimed to co-locate the dispatch operations of the police, fire and emergency medical services departments under one roof at two Public Safety Answering Centers, or PSACs.

But the highly technical endeavor wound up long-delayed and well over budget, DOI found in the report, which was called for Mr. Bloomberg’s successor, Mayor Bill de Blasio. The overhaul was originally scheduled to be completed in 2007 for $1.345 billion.

“More than ten years later, ECTP is still not complete,” the report found.

The city’s current estimates are that the program won’t be complete until 2017—about a decade late—and that the budget has ballooned to $2.031 billion.

DOI blamed several factors for the well-documented troubles the ECTP roll-out has faced: among them, a failure to adequately plan or define the scope of the program; “ineffective program governance” by officials at City Hall and other agencies; and inadequate management of contractors that could not perform work completely or on time, leading to higher costs.

The report paints a picture of a massive project with little leadership, resulting in continued squabbling between the very agencies the overhaul of the 911 system was designed to unify into the call answering centers. At the outset, the city “did not have a sufficiently clear vision of what it sought to achieve,” the report argues, and the Department of Information Technology and Telecommunications was given the role of overseeing the project, despite lacking the resources or experience to do it effectively. As a result, the FDNY and NYPD never truly accepted the department as the program manager, and the police and fire departments “failed to embrace shared solutions,” the report alleges.

The city also delegated jobs to contractors that were incapable of handling them, the report found, and repeatedly set aggressive deadlines it could not meet. The program’s cost climbed in large part, DOI found, because of decisions to build PSAC-2, the second call answering center, rather than use an already existing building, and to hire a second contractor to complete work a previous one failed to deliver.

But in a lengthy report defending the program distributed to media outlets including the Observer, former Deputy Mayor Cas Holloway strenuously defended the work he and the Bloomberg administration did to overhaul the 911 system.

“Due to ECTP, New Yorkers today have access to more reliable, faster, more accurate and more robust emergency services than ever before,” Mr. Holloway wrote.

Mr. Holloway argued that the components of the program delivered during Mr. Bloomberg’s tenure were all completed on budget—because the budget had been increased by $660 million in 2008 in order to accommodate the building of PSAC-2 in the Bronx.

Mr. Holloway allowed in his report that the overhaul of the system was “not without challenges,” particularly problems with vendors. One outside was late in delivering critical software, delaying the NYPD’s move to the 911 call center in Brooklyn by three years. Two other vendors also failed to deliver a functioning computer-aided dispatch system on time, but Mr. Holloway argued those challenges were “successfully addressed.”

“By any objective standard, ECTP must be judged a major success—at least through the end of the Bloomberg Administration, by which time a completely new, vastly more reliable and redundant 911 system had successfully processed nearly 25 million emergency calls,” he wrote. 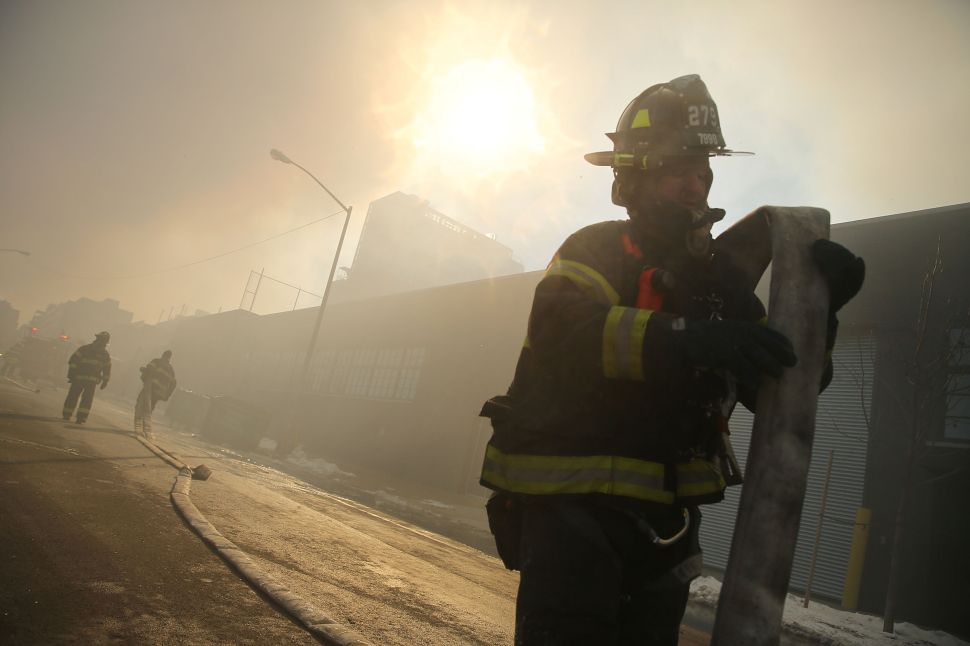