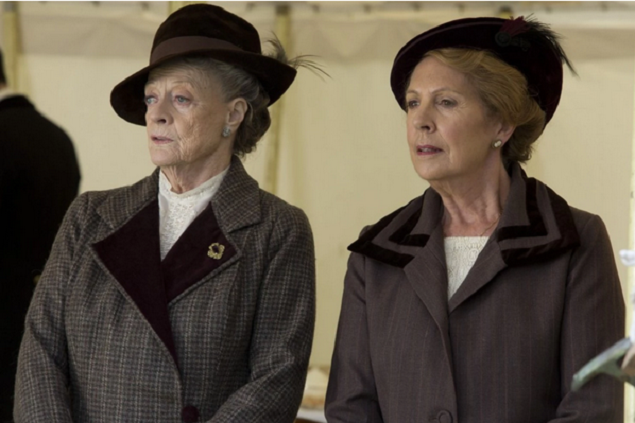 “We should always be polite to people who are kind. There’s not much of it about.” Preach it, Mrs. Patmore! Downton’s harried head cook says this to Daisy, the scullery maid who’s become a voracious reader but was briefly too lost in herself to graciously accept her colleague Molesley’s generous offer of a book. And she’s right, of course: Kindness is a precious thing, and in short supply, on prestige TV as much as anywhere else. My favorite moments on pretty much any show, from Downton to Deadwood, are when characters cooperate despite incentive to the contrary. What can I say? I’m a sucker for selflessness.

But the underlying logic Mrs. Patmore’s mantra, the need to appreciate the undervalued, applies to far more than kindness alone. Downton Abbey stands out for the kind of quiet, careful crafting of character that’s easily missed when it lacks the high-stakes context of so many of the show’s peers. As opposed to quality dramas from Breaking Bad to Battlestar Galactica, no one on Downton murders other people, or even just their spirits (what’s up, Mad Men?), for a living. But the work that writer Julian Fellowes is doing doesn’t require life-and-death loudness to speak volumes.

As usual, the show’s strengths are exemplified by its antagonist. Driven to desperation by an infection at the injection site, Thomas Barrow at last gives up his snake-oil scheme to “cure” his homosexuality. He turns to Baxter for help, which she delivers in the form of Dr. Clarkson (my favorite secondary character on the show, and a damn fine match for Isobel Crawley if you ask me, which unfortunately no one does). He’s determined to shrug off any potential positive outcome from his health crisis’s abatement, mocking himself mercilessly, but Baxter — who’s got as much reason to dislike Thomas as anyone — won’t have it. Though his actions were misguided and needlessly self-destructive, she can’t help but respect the force of will behind them. “What you could do in this world, if you just set your mind to it!” she marvels. Amen to that! Ever since his return from the war, when the failure of his black-market business forced him to redouble his efforts to move up in the ranks at Downton, Barrow’s proven that he’s an attentive, ambitious, dedicated guy, when his bitterness and duplicity aren’t landing him squarely in his own way. There’s no doubt in my mind that were he to remove the single biggest obstacle to his success, himself, he could pretty much write his own ticket.

If Thomas is looking for lessons on going for broke, Prince Igor Kuragin could teach him a thing or two. The dashingly shabby exile confesses he still has feelings for the Dowager Countess, whom he considers the love of his life. “I wanted you from the moment I first saw you,” the White Russian rumbles, “more than mortal man ever wanted woman”; if old photos of Maggie Smith are any indication of what Lady Violet looked like in full flower, this claim seems entirely reasonable. But it’s his ratcheting up of the emotional stakes, not the sexual ones, that carries the real erotic charge (yeah, I said it.) “I loved you more than I loved her,” he says, referring to the Princess, who’s been missing since the Revolution. “Even today. Even this afternoon.” The Prince initiates intimacy as a series of laid-down markers, establishing the intensity of his feelings in starker and starker terms. If Lady Violet rejects them, fine, but before she puts out the fire she’ll damn sure be singed by the flames. It is, if you’ll pardon the pun, hot stuff.

On a less spectacular scale, consider how Lord Robert related Edith’s loss to Lady Cora, with whom he’s grown estranged over her rejected romance with amorous art expert Mr. Bricker. When he enters their bedroom to break the news, he’s clearly caught in a no man’s land of warring emotions, enduring them only through his innate Englishman’s composure. On one hand, he’s carrying information about a beloved family member in great pain, and sharing it with the one person on earth with whom he shares the most, information and family alike. On the other, he’s hurt and angry, and he’s been forced by circumstance into renewed emotional intimacy with Cora long before feeling safe and secure enough to do so. If you’ve ever been in a similar situation, thrown by crisis into compulsory closeness with a person from whom you’d deliberately distanced yourself, Robert’s discomfort rings uncomfortably true.

Another rung lower on the generational ladder, Lady Mary continues to impress as one of TV’s least easy characters. Her self-possession and self-confidence are admirable, appealing, and, yes, very sexy traits, all the more so when she’s demonstrating them while sporting a stylish bob haircut and a gorgeously androgynous riding outfit. (Of course, everyone looked so good in that get-up — Lord Gillingham, Mr. Blake, Miss Mabel Lane Fox, Rose’s new beau Atticus Aldridge — that if the show suddenly became all horse-racing all the time I’d hardly complain.) Yet even at her best and brightest, she has an edge that’s hard to handle: joking to her rival-turned-ally Miss Fox that she showed up at the race looking hot so that Tony could see what he was missing, then telling Blake that she beat Mabel in the race despite the advantages of letting her be the first woman to finish because “I don’t believe in letting anyone win.” Then there’s her barely concealed contempt for her kid sister, which flares up even when Edith’s in extremis over the murder of her boyfriend Gregson in Hitler’s Beer Hall Putsch (!). Mary greets the situation not with empathy, but with exasperation so unfeeling as to be nigh unforgivable: “What did she think he was doing, living in a tree?” What a creep! Even here, though, we have to consider both that Mary doesn’t know all the facts (she’s in the dark about Edith’s daughter with the dead man) and that Edith is, indeed, behaving unreasonably, bordering on unstably. Just when you think you’ve got Lady Mary pinned down as hero or goat, face or heel, Fellowes and actor Michelle Dockery flip the script just enough to force you to reconsider.

If there’s fault to be found in Downton, it’s in how rarely that kind of interpersonal deftness drives the plot, instead of the other way around. Yes, the narrative’s soap-operatic twists and turns provide fertile ground for Julian Fellowes’ sharp depictions of the very specific and multifaceted dynamics between the characters; “complex emotions, elegantly expressed” is the show’s credo. But the twists themselves are generally no more subtle than a Susan Lucci storyline on All My Children. That’s what made the resolution of the Bates-may-be-a-murderer subplot (the show’s second!) such an unexpected pleasure. Instead of courtroom theatrics or Scotland Yard sherlocking, the matter of Bates’s guilt or innocence was settled in conversation with his wife.

When Bates discovered the birth-control method and manual that Anna had secreted in their cottage on Lady Mary’s behalf, I expected a confrontation about potential infidelity — tears from Anna, anger from Bates, an eventual rapturous rapprochement — that wouldn’t touch on the murder angle at all. Instead, Bates assumes Anna was preventing a pregnancy within wedlock, for one reason: “Because you think I’m a murderer.” Suddenly it’s all out there in the open: that Bates knew all along who’d raped Anna, that he knew Anna suspected him of killing the man, that he was aware of Anna’s attempts to get to the bottom of it and to throw the cops off the scent, and, most importantly, that her suspicions hurt him even though he could hardly blame her for them, given how things looked. In other words, we discover Bates didn’t do it (very much an open question up to that point) and thus conclude an arc that’s spanned the better part of two seasons through an emotional exchange, not an informational one. This is clever, surprising writing, and much harder to pull off than a standard whodunit. That kind of thing has its place, but Downton’s delivering something special instead. 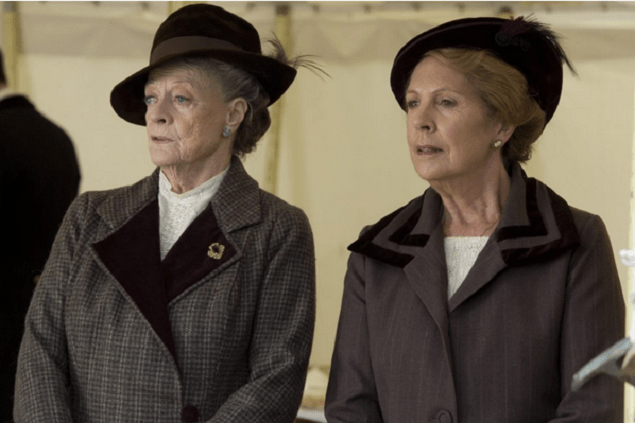