Hi, I’m not your regular recapper for the weekly Shondacoaster, and you are going to find out why in like, two seconds.

There will be no recap of Grey’s Anatomy this evening because beyond “lady doctors, McDreamy and Katherine Heigl,” I have no concept of what this show is about, and don’t care to. Sorry. If it makes you feel any better, I didn’t care about ER, either. I don’t like the idea of doctors and nurses having sex at the hospital, or crying over their own drama, because it REALLY freaks me out that this is what is going on besides trying to save lives. Can you imagine going in for some horrible Ebola-like disease and instead of brilliant genius House M.D., your doctor enters the room, eyes puffy, and announces halfway to the bed, “No. No. You know what? I have something to say.”

That’s the thing about Shondaland* character: they are never done with their monologues. Unlike the organic-sounding Parenthood, nobody interrupts each other, even if they are SUPER ANGRY and in a fight, or being held hostage by a Die Hard-esque group of opportunists posing as an international terrorist organization. Even if, say, you are the sister of a murdered man whose wife (that you suspect of murdering your brother) hisses in your face, “Incest incest, is the best, put your brother to the test.”

Haha, what, Annalise Keating? I think you might actually be crazy. Not “crazy good at her job, and a little mentally scarred from being the best all the time/upbringing” like Olivia Pope. I mean, scary crazy. You don’t even know where her head is at. When she’s telling Conrad that the two of them are alike because they’re “both worriers,” I genuinely don’t know if she believes that, or if she’s just playing him. I don’t know if her plan was always to set up her boyfriend to take the fall for her husband’s murder (when in fact she knows it was a foursome of her best students), or if she just came up with it for the twist ending moment, when you thought maybe she was going to turn in her four students responsible for Sam’s death. Speaking of which! I also don’t know how much or what at all Annelisa is feeling, at any given time, re: guilt/culpability over Sam’s death. I don’t even know if somehow, maybe, she set it all up somehow, possibly to two-birds-one-stone by taking care of her shit husband AND a second semester lesson plan in one go.

It’s unsettling, to have a main character who has no entry point. You may sympathize with Annelisa, you may feel empathy for the fact that she’s OBVIOUSLY GOING THROUGH SOMETHING, and I get that morally ambiguous people make for the best anti-heroes. But there’s no way to fully understand the greatness of a character if their point is to obscure who they are even to the audience. Only awesome side characters can do that, like Littlefinger or Mayor Carcetti or anyone played by Aidan Gillen, really.

Scandal is just…I can’t even tell, am I offended at this show’s portrayal of America’s involvement in the middle east or that it tried to pull back from it’s teetering edge of WTF by having the president realize “No, we’re going to war to honor all the dead soldiers.” You mean the soldiers you sent, knowingly and willingly, into a WAR, that YOU CREATED? That is some cyclical logic, right there.

Also, keeping Ian or whatever his name is–and the world’s most racially diverse (but American! They are all American!) gang–only be PRETENDING to be an international terrorist organization motivated by religion, or dogma, or xenophobia, but just in it for the money is kind of like eating your ISIS-shaped cake and having it, too. It’s weird: if President Fitz cared about the country or the soldiers, he would have the VP arrested, even if it meant his wife doesn’t get to be president. Fitz–nor anyone in the show, really– does the right or objectively “good” thing…and that’s fine! Huck can be a murderous psychopath, the District Attorney can make deals with another international terrorist superstar or whatever so America can enter a Deep Web auction, Cyrus and everyone can get distracted with their righteous indignation with the VP to kind of forget the war they started: like I said, antiheroes are big right now.

What maybe rubs me wrong is the same thing that did it for me in True Detective. The show buys into the bullshit of the characters believing they are the white-hat gladiators, being the Good and the Just, like when the DA says he’s putting on his “twelve gallon white hat” in order to sign a fake warrant (or a warrant made on fake charges) to raid the airport bomber to find Olivia. UH, THAT IS NOT BEING A GLADIATOR FOR THE NATION. That is an abuse of power and fucking corrupt as shit, not Adorkable. Yet the show is framed so we want Olivia to come out on top, and to hope that Huck stops beating himself up for killing and torturing people in front of their kids, and to think President Fitz is selfless for not arresting the VP so Millie can win the general election in her crazy head. (Hey! She deserves it!) God, the way the dead son is brought up as a marital bargaining chip just sends shivers down my spine.

And yet, I watch both shows every week. Even though I usually guess Scandal’s twist in the first three seconds, I watch. Maybe it’s because, as my sister put it, “this show is “such a SHOW.” I watch Scandal and How to Get Away with Murder, maybe because I like to feel at once way smarter and less cynical than my programming.

Shondaland is the opposite of House of Cards, basically.

*Knowing that HTGAWM is not written by Shonda Rhimes, I’m speaking to the collective shows that make up the hashtag/term “Shondaland” or “Shondacoaster.” 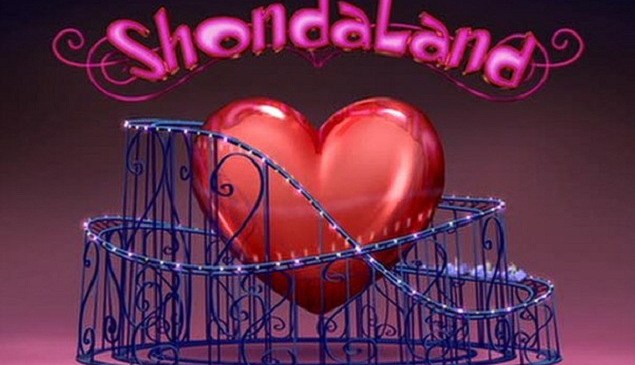 Filed Under: TV, Shondaland, Shonda Rhimes, How to Get Away With Murder, Scandal