Get out your ten-gallon hat and head to Texas this April for the Dallas Art Fair. This year’s edition will include the largest collection of exhibitors in the fair’s seven-year history, with close to 100 contemporary art dealers and galleries. Located in Dallas’ Downtown Arts District from April 9 to 12, it’s the centerpiece of Dallas Art Week, a series of special exhibitions and performances highlighting the area’s burgeoning arts scene.

New York galleries like Jack Geary Contemporary, Howard Scott and Washburn Gallery will join Dallas-based Barry Whistler Gallery and Talley Dunn Gallery at the fair, and exhibitors from a total of 22 cities will be represented. Shows running concurrently include the premiere of a newly commissioned work of performance art by New York’s Ei Arakawa on Wednesday, April 8 at the Dallas Museum of Art, and a musical installation by Claude Rutault performed by the Dallas Symphony Orchestra. The performance will be a preview of the Orchestra’s first-ever SOLUNA: International Music & Arts Festival, set to take place from May 4 to 24.

In addition to the gallery and museum exhibitions, there are plenty of quirky, only-in-Texas events to check out. Visitors interested in some southern hospitality can dig into a Texas-style BBQ dinner at the home of collector and Primexx Energy Partners CEO Tom Fagadau on April 7 before the fair kicks off. You can also take a tour of contemporary art collected by Gene and Jerry Jones, owners of the Dallas Cowboys, on display at AT&T Stadium, which includes installations by Matthew Ritchie, Annette Lawrence, and Olafur Eliasson. 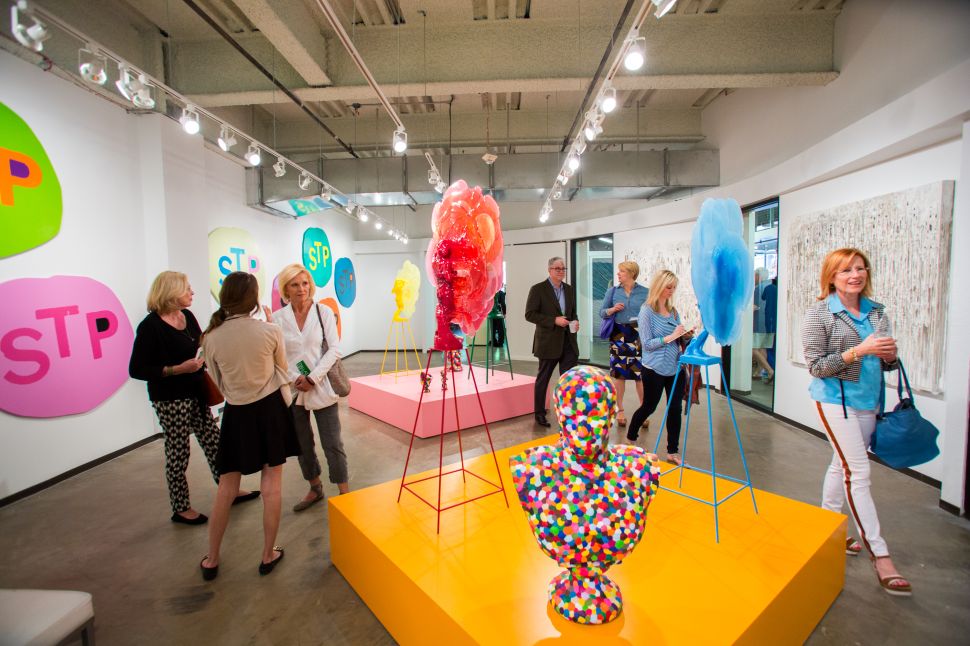