Can Bastille’s singer-songwriter Dan Smith get any dreamier? The answer, as seen in the videos above, is a resounding yes, as witnessed by a lucky several dozen fans in a private home for the quintet’s final show of its U.K. tour.

The pompadoured troubadour marched his band through spirited renditions of “Bad Blood,” “Laura Palmer” and its biggest hit, “Pompeii” in the most intimate imaginable setting–a flat in North London to benefit War Child, which aids children upended in war zones around the world. About a hundred fans were admitted from a ticket lottery that raised money for the charity.

With a charming ambiance resembling a high school party where the kid’s parents are out of town, the videos—exclusively shared with the Observer by Sofar Sounds, a “musical movement” that specializes in small gigs in curated spaces—capture moments not necessarily associated with a group that won last year’s Brit Award for breakthrough act. The band is interviewed on the carpeted stairs and is seen carrying their own amps and guitar cases. There’s even a cat.

Better still is the music. The violin and handclaps—of the fans and the band—can be heard without amplification and as one band member observes, “everyone sits cross-legged like in an assembly.”

“The big part of that was our contribution to War Child, of course, because, you know, our job is completely ridiculous and is a bit of a joke,” Mr. Smith told Reuters. “So anything that we can do to get involved with something serious like that is nice.”

Bastille’s relationship with Sofar dates to its founding, playing their first gigs for the “special experience” promoter in 2011. 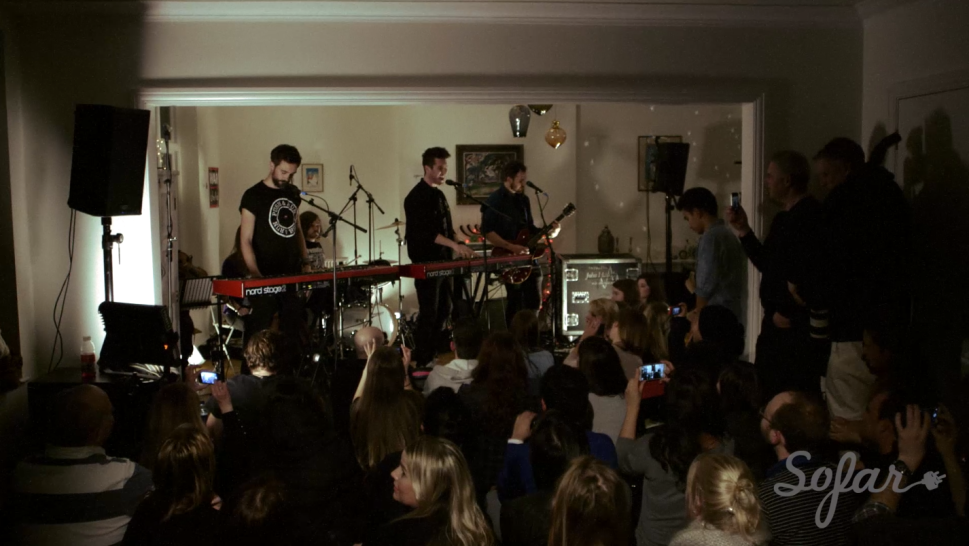