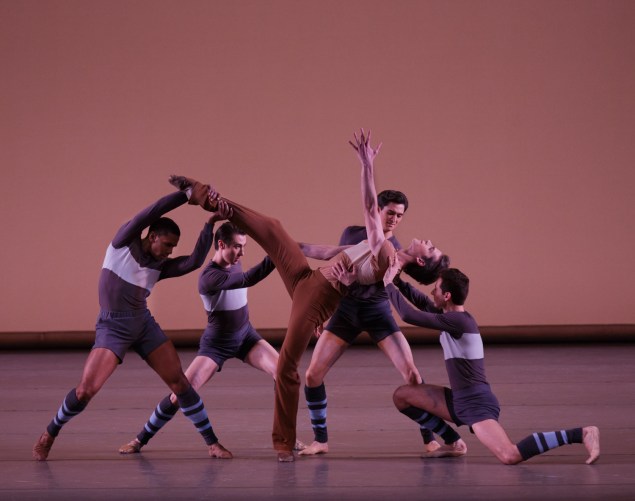 Justin Peck and Tiler Peck are not related, yet these two Pecks have provided the high points of the current City Ballet season to date. J. Peck is a work in progress, a highly talented choreographer who is finding his way; T. Peck is a finished product, a gleaming ballerina of tremendous charm, dazzle and command. A ballet company needs both, but a more unique phenomenon is a choreographer with large potential, so let’s turn first to Justin, now 27. (Not as young as it sounds: Choreographers reveal themselves early, like math and chess wizards—Balanchine made Apollo when he was 24.)

Peck began making ballets for City Ballet’s Choreographic Institute a few years ago, and it was immediately apparent that he had a mature grasp of structure, a mature capacity for invention and a mature eye for what would work for individual dancers. And he was musical, in that he proceeds from the music, not from concept—in this regard he is the heir of Balanchine. In the last three years he has been a model of productivity, making works first for City Ballet (whose resident choreographer he has recently become) and other companies more or less everywhere—just the kind of apprenticeship young choreographers require—and he’s carried out his responsibilities seriously: You can see him carefully learning on the job, taking nothing for granted and cautiously exploring new ground. Perhaps too cautiously—every piece of his that I’ve seen has been inventive, polished, but more or less in the same key. The music he’s chosen has been modishly modern, and he’s stayed away from narrative.

For his terrific new piece, surprisingly, he’s gone back to mid-20th century, to a score we know very well: Aaron Copland’s music for Agnes de Mille’s hit ballet of 1942, Rodeo. (Peck uses the shorter symphonic suite Copland made from his original score.) Clearly he’s in love with this music, and it’s brought out new strains in him. His intelligence has always been on his sleeve; here, for the first time, his heart is showing as well. So that this is his first work likely to have a really broad appeal, finding a place in a large range of companies. It’s boisterous, yes, as much of the music demands, but it’s also romantic, happily acceding to the emotional charge of Copland’s populist triumph of Americana. Love is celebrated, but also companionship, and the cowboy’s communal yet lonely life.

De Mille’s ballet is about a tomboy cowgirl in search of love. Peck’s heroine without a narrative, Sara Mearns, doesn’t really emerge until the extended duet, with Amar Ramasar, that is the heart of the third (of four) movements. She looks good in it—she always looks best when her hair is piled up on her head—and the invention is fluent and ingenious (Peck never runs out of ideas). But the triumph of the ballet is the second movement: Five men in a quiet exploration of male un-sexual bonding. This is a passage of real beauty—Peck’s flair for fascinating groupings has never been better deployed. The mood is one of nostalgia and tenderness—the closest thing I know to it is Paul Taylor’s use of six soldiers in his masterpiece Sunset.

We have to hope that this expansion of Peck’s talents will lead him to other kinds of music and to narrative itself. And away from a certain touch of pretension he has a weakness for. Not in his choreography but in the surround: Did he really have to call his piece ‘Rōdē,ō: Four Dance Episodes? (To make sure we don’t pronounce it Ro-day-o?) And did he have to tell us in a program note that “On a scale of 1-to-10,” he believes Copland’s music “to be an 11, off the charts.” Poor old Bach, Mozart and Beethoven, presumably stuck at 10. Well, it’s forgivable, but on the whole choreographers, especially ones as talented as Justin Peck, should show, not tell.

Nothing can save Jerome Robbins’ The Goldberg Variations from being the endless, earnest, adept bore it has always been, a classic case of great and profound music rejecting choreography as irrelevant. (Every time I see it I flash back to the traumatic occasion back in the ’70s when I had to watch it twice in one day.) Robbins was particularly defensive about Goldberg, as well he might have been since it’s never been an audience favorite. A lot of talented dancers were poured into the current revival, but they needn’t have bothered—until Tiler Peck turned up in Part II it was moribund. As she so often is, she was cast in the Patricia McBride role—it’s taken all these decades for the company to come up with a true McBride replacement. Like her great predecessor—recently a Kennedy Center honoree—T. Peck has impeccable technique, a magical combination of delicacy and steel-like strength, and that most singular of qualities, wit. Other than McBride, Tanaquil Le Clercq and Violette Verdy, what City Ballet ballerina has displayed it? Unassailable musicality married to virtuosity makes Peck’s wit possible, and recently she’s found the performance glamour that was the only virtue she lacked. And she vivified Goldberg as far as that’s possible—she and the superb pianism of Cameron Grant. Mr. B told us again and again: If you don’t like the dancing, close your eyes and listen to the music.

Goldberg was paired—in an all-Bach program—with a Balanchine masterpiece, Concerto Barocco. Some people like the combination of Mearns and Teresa Reichlen as the two violins. I hate it. They’re physically at odds with each other, and their dance styles are utterly different—Reichlen so tall and cool, Mearns so solid and emotive. And everyone today forgets how bouncy and even jazzy Barocco once was, before it became sacred turf.

Sterling Hyltin, with her clean, clear charm, was all over the repertory this season. She doesn’t project the ominous undercurrents essential to La Valse, but she’s shown us again and again how she grows in roles, so who knows? She could never grow enough, however, to rescue Peter Martins’s Symphonic Dances, created in 1994 to the very long and powerful Rachmaninoff score. This ballet is of a boredom that makes Goldberg look like Symphony in C. Doesn’t Martins have a friend who could have said to him, “No, Peter, no. Wallpaper belongs on walls, not on the stage.” (His far superior Hallelujah Junction is currently on view.)

And finally why, in a season that boasts half a dozen of Balanchine’s greatest works, drag in his Cortège Hongrois? He had already deployed the wonderful Glazunov Raymonda music several times before, to far greater effect, when he made this pièce d’occasion to celebrate Melissa Hayden’s retirement in 1973. This is one of the few Balanchine ballets that should be allowed to die the death. 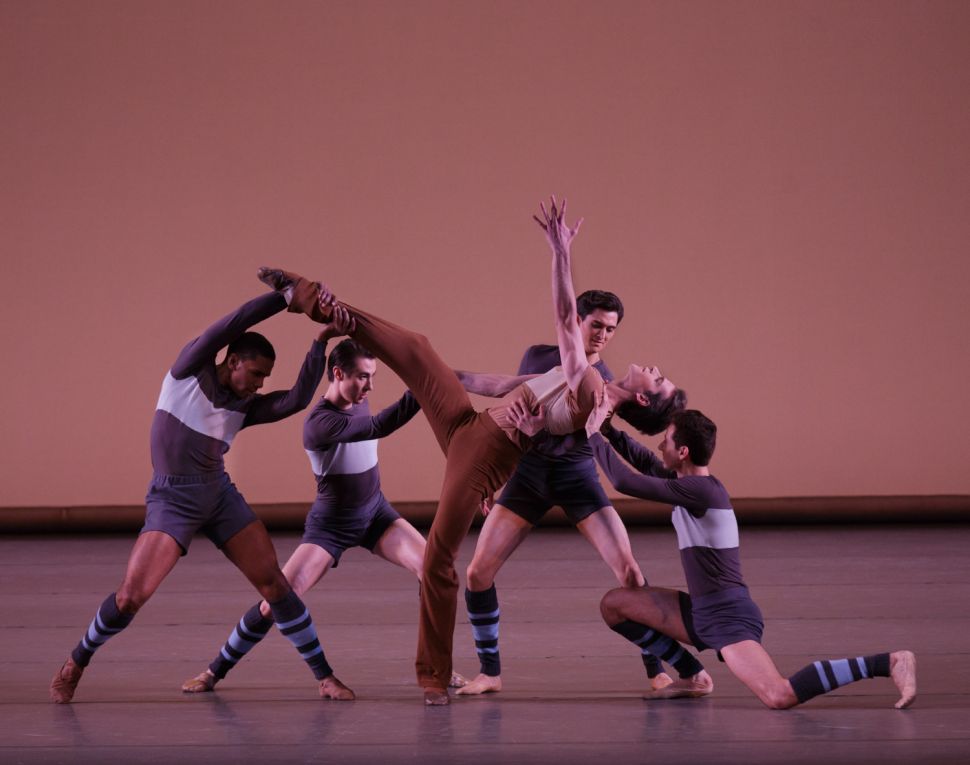