Japan Society will present “Life of Cats: Selections from the Hiraki Ukiyo-e Collection” from March 13 to June 7, an exhibition of ukiyo-e woodblock prints from Japan’s Edo Period (between 1615 and 1867). Woodblock stamps were used in Japan starting in the early 17th century to reproduce written texts, and in the 18th century printmakers began making popular full-color prints.

The Hiraki Ukiyo-e Foundation in Tokyo loaned 90 prints to Japan Society for the exhibition, and the show will appear in two installments. Half will be on display through April 26, and the other half from April 29 to June 7. Another 30 cat-centric paintings, manga, books, and porcelain figures will complement the prints.

On the first day of the exhibition, Japan Society will host the lecture “Playful Heart: Cats in Ukiyo-e Prints” by Mitsunobu Sato, director of the Hiraki Ukiyo-e Foundation. And if you’re still desperate to see your cats on video, check out Japan Society Gallery’s YouTube channel, which gives you in-depth tours of some of the prints in the show. 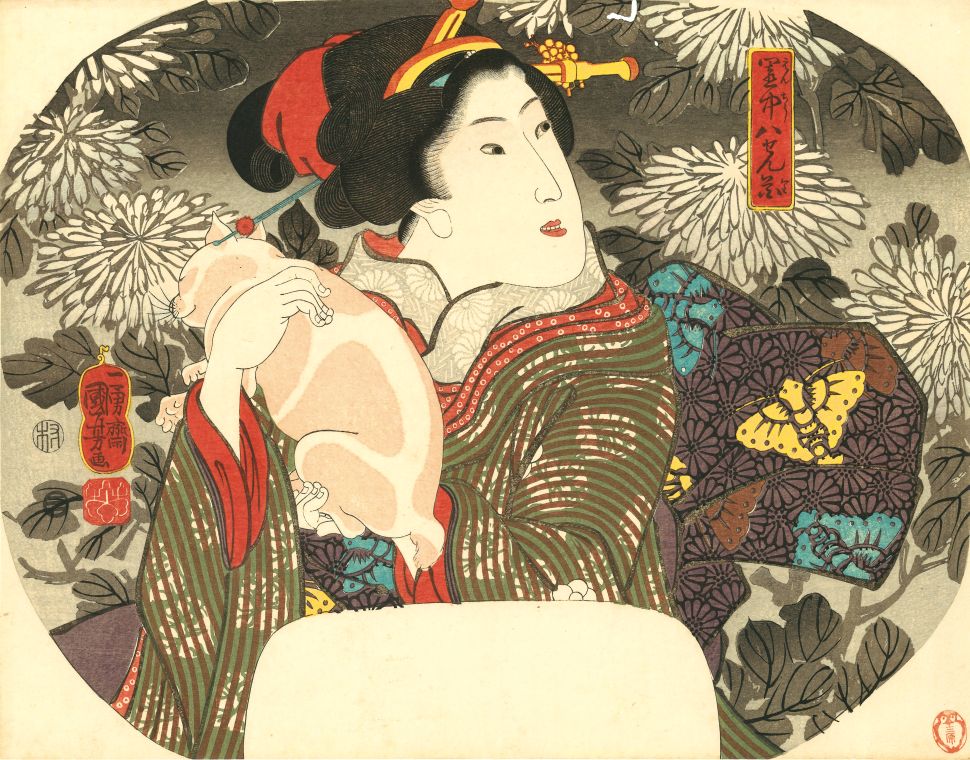