When it comes to art, out of sight is often out of mind.

Argentinean multimedia artist Jorge Caterbetti, between 1999 and 2003, consigned 105 artworks for sale to New York’s Belenky Gallery. In 2013, when the gallery alerted him it was closing, he went to a storage facility to pick up his works and found about 65 of them missing. The gallery told him some were lost or stolen,  his  subsequent lawsuit charged, and that others may simply have been thrown out over the years.

Look, things happen. Who hasn’t lost a pair of eyeglasses or a door key? No one is perfect, so let’s be forgiving of others, right? But if it’s a million-dollar work of art that you had consigned to an art gallery that’s gone missing, that’s another story—and an increasingly common one.

“In the past year, I have worked with four or five artists who were told by their galleries that their art was misplaced or lost,” said New York City lawyer Judd Grossman. Susan Duke Biederman, a lawyer who represents some major art collectors, added that, more than once with clients “I have walked through warehouses looking” for misplaced paintings.

Is this an epidemic of “A dog ate your Homer”? (Winslow, that is.) Anecdotally, at least, attorneys, artists and collectors say a variety of factors have combined to make it easier to lose artwork.

These days, as art prices rise, gallerists are less likely to keep all the art consigned to them on their own premises, because of safety and insurance costs. (In the wake of Hurricane Sandy, some insurers won’t even indemnify galleries who don’t house their valuable inventory in  specialized art storage.) There’s also been a boom in mega-big-box galleries that have multiple locations in one city, or around the world, occasioning traveling exhibitions. Add to this the fact that many pieces, on inventory lists at least, look nearly identical, and you see the problem.

New York art lawyer Barbara T. Hoffman, who has represented more than one artist whose gallery has lost consigned works, noted, “There are many reasons works disappear. I have encountered them all. Sometimes, it’s the dishonesty of a dealer, sometimes outside theft and sometimes negligence.”

In the case of artist Mr. Caterbetti, 35 of his missing artworks, according to the lawsuit filed in 2014, were eventually located in homes of relatives of the gallery owner. The artist is asking for $500,000 in damages. Neither the gallery owners nor an attorney for them could be reached for comment.

According to Mr. Grossman: “In most cases, [the loss of art] results from poor record-keeping,” though, “sometimes, because of more devious conduct.” That “devious conduct” refers to artworks being sold but the consignor is never paid. New York City dealer Larry Salander, of Madison Avenue’s famous Salander-O’Reilly Gallery, told several consignors that works were missing while, in fact, he had sold them, behavior that added up to the 29 counts of grand larceny that put him in jail in 2010.

But not all art losses stem from nefarious practices. Missing artworks are often just off somewhere piled in storage. “Dealers are notoriously cheap when it comes to shipping works to storage,” said Dean Golemis, president of the New York-based Global Security and Investigative Service, who last year tracked down a Norman Rockwell painting stolen from a fine art storage facility in Queens, New York. (The artwork ended up in Ohio.)

“They get a crate that is meant for one painting, but then they put three paintings in it to save themselves money,” said Mr. Golemis. “They will remember the one painting in the crate but forget about the other two.”

Compounding the problem is that many galleries use more than one storage facility for their artwork, “For insurance or value reasons or just that they’re not putting all their eggs in one basket, and they may not recall where specific pieces are located,” said Allen Hansen, director of sales at Crozier, a leading fine art storage company. As a result, Crozier regularly receives calls from dealers seeking a “confirmation of inventory,” requiring the company to check its records.

It isn’t just art galleries that may lose consigned pieces. At auction houses, which move merchandise through swiftly after showcasing it everywhere from Dubai to Moscow to Hong Kong, the odds of misplacing goods are, just on volume, even higher. On any given week of sales the house may move over 500 works.

In 2005, a painting possibly by the 16th century Italian artist Parmigianino, titled Rest on the Flight into Egypt, was brought to Sotheby’s for evaluation and authentication. After some scholars concluded that the painting was not by Parmigianino, the painting was shipped back to the owners in Milan, Italy, but the owner claimed in 2007 that he never received it and brought a lawsuit the following year.

According to Eric Vaughn Flam, one of the lawyers representing the painting’s owner, the case was settled out of court, “and, while the settlement was confidential, I can tell you that the owner was not very happy.”

In a lawsuit filed in January in Illinois, artist William T. Chambers, who painted many of the scenes on the Bradford Exchange’s series of popular collectible plates, consigned a group of those plates—images from well-known films like Gone with the Wind, My Fair Lady, etc.—to an online art vendor. After some payment checks to the artist bounced, according to Courthouse News Service, the artist decided to terminate his agreement. But the auctioneer didn’t return all the art and informed the artist that four scenes illustrating the film  Annie and Sandy “had been stolen by movers when defendants moved their offices.” The lawsuit that Mr. Chambers filed charges breach of contract and fraud.

Attorney Ms. Biederman added that, if a work of art really is lost, “It’s probably not innocent. Many works are ‘lost’ because they were damaged—and no one wants to say the work is damaged.”

Who’s generally liable in these cases? The law holds that “If you loan someone your car and he loses it, that’s negligence,” Mr. Kesten said. “In terms of artwork consigned to a gallery, dealers are strictly liable for damage or loss… the consignor need not prove negligence to win.”

Most art galleries take out insurance policies covering artworks they own or are selling, but those policies may be limited to theft and damage. Most have an exclusion for “mysterious disappearance and shortage upon taking inventory.” So the consignor may be left reporting the loss on his or her own insurance policy. That is when the lawyers may enter in, not so much to file lawsuits as to negotiate on behalf of their clients with the gallery for proper compensation.

Galleries are much more likely to misplace an artist’s work than a piece consigned by a collector. Artists often have multi-year relationships with gallery owners, and works that didn’t sell from one show or another are kept by the dealer, often in a storage facility where objects owned by and consigned to the gallery are stacked in crates one next to another. Finding unsold pieces from the 2009 exhibition when there are other works by the same artist in exhibits in 2011 and 2013 can be a fishing trip.

Collectors who consign an art object to a gallery—frequently a one-off event rather than an ongoing situation—are less likely to have their pieces lost, because “they constantly call up the dealer, asking ‘Have you sold my work yet?’ so the gallery owner is more likely to know where it is,” Mr. Grossman said. (Bottom line: Keep nagging.)

And sometimes, in rare cases, it’s collectors themselves to blame for their own missing art. In 1960, collector and cartoonist Donald Trachte Sr., purchased a Norman Rockwell painting for $900, copied it himself or had it copied, displayed the fake and hid the real one from his estranged wife behind a wall of wood panelling. Only after his death did his sons and conservators realize the duplicity, and discover the real painting.

Lost then found, it eventually sold for $15.4 million at auction. 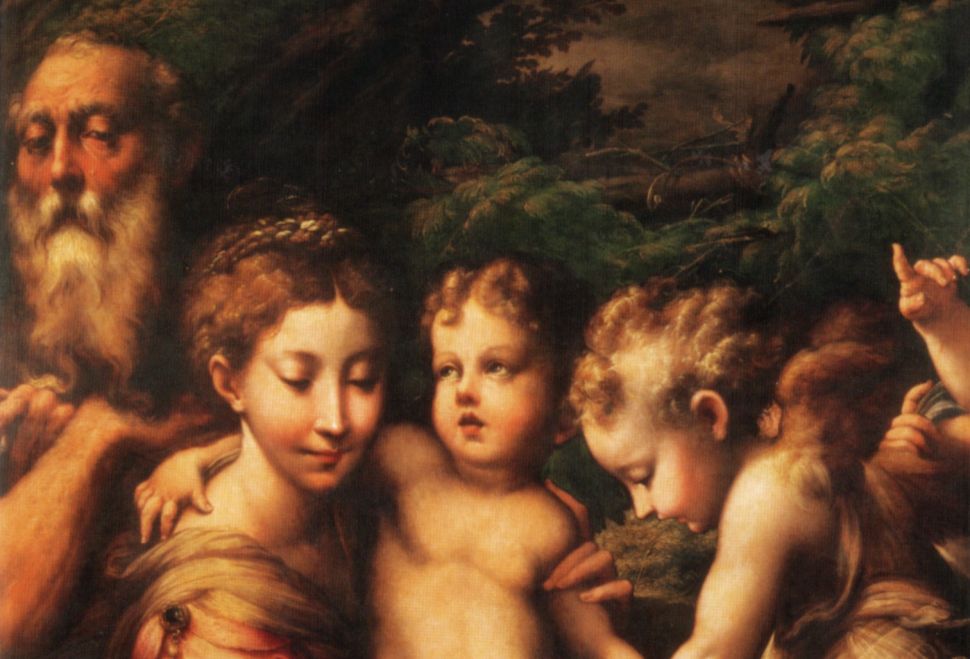