Maybe the never-boring red carpet style of host Neil Patrick Harris inspired everyone to step it up a notch or two last night at the Academy Awards.

We saw the same sea of penguin suits on the male Oscar attendees last night, but there were also a few standout dudes who decided not to go the traditional, black-and-white route. David Oyelowo wore red, John Travolta wore a questionable metal chain necklace instead of a bow tie, and four actors opted for one classic look: a blue jacket with black lapels. 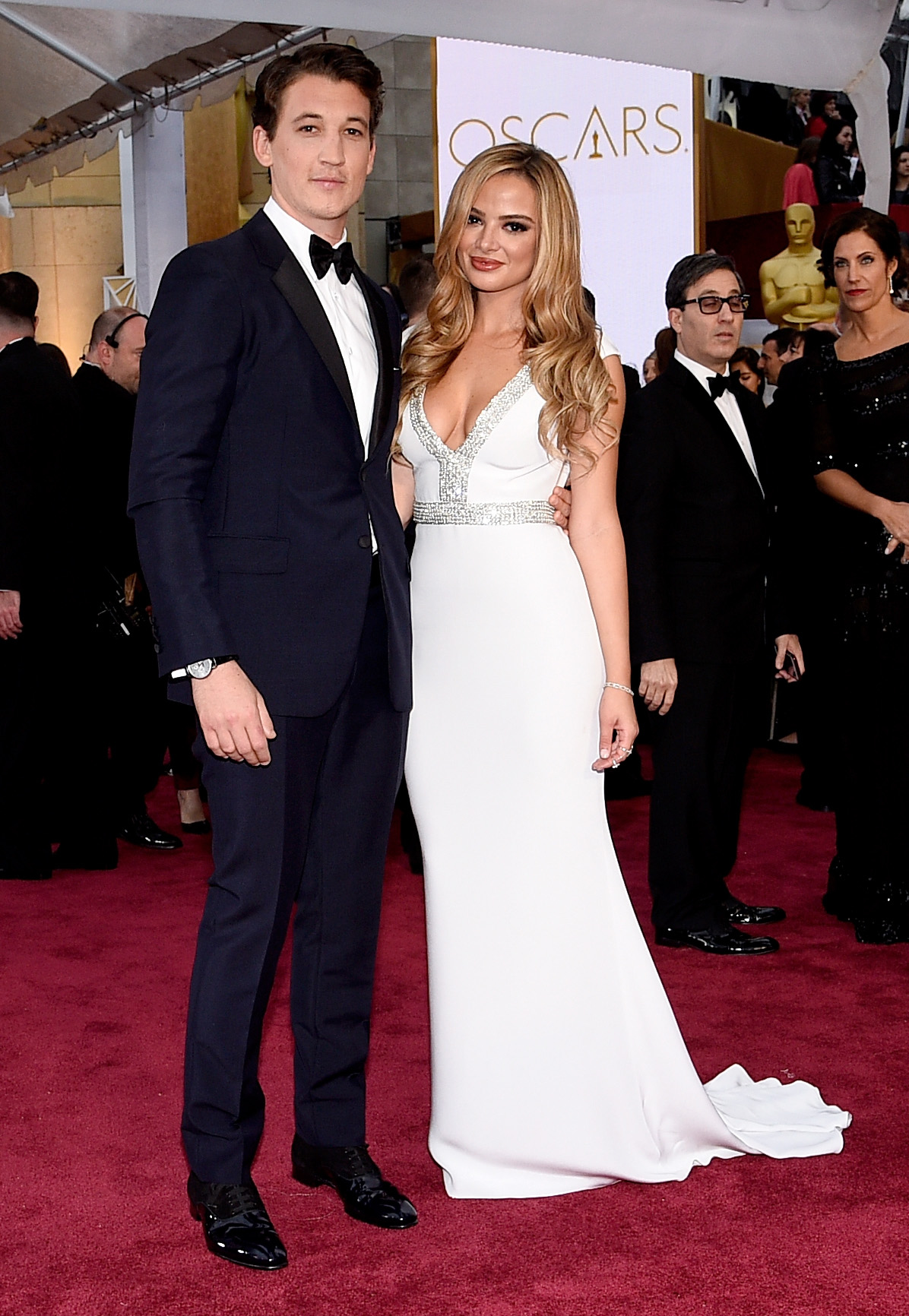 Next up, we have Ansel Elgort, the heartthrob who has appeared in “The Fault in Our Stars” and “Divergent.” He, too, looked chic beyond his years, opting for another Prada suit in a slightly more playful make. His suit is shawl-collared and closer toward the cerulean end of the spectrum than Mr. Teller’s is. 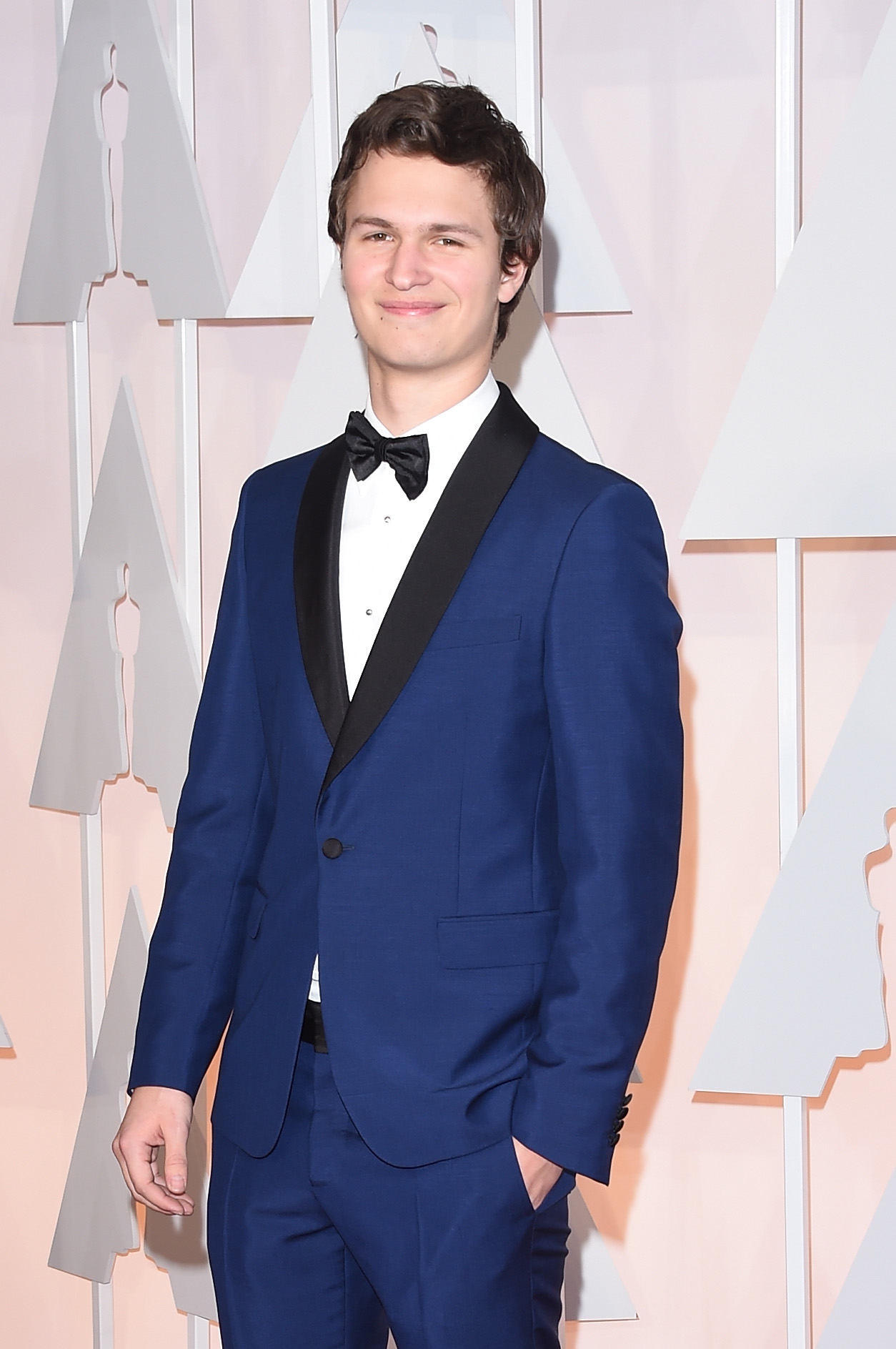 Next, we have Eddie Redmayne, who, despite wearing a cool color, was utterly heartwarming during his adorable acceptance speech. His suit is by Alexander McQueen. 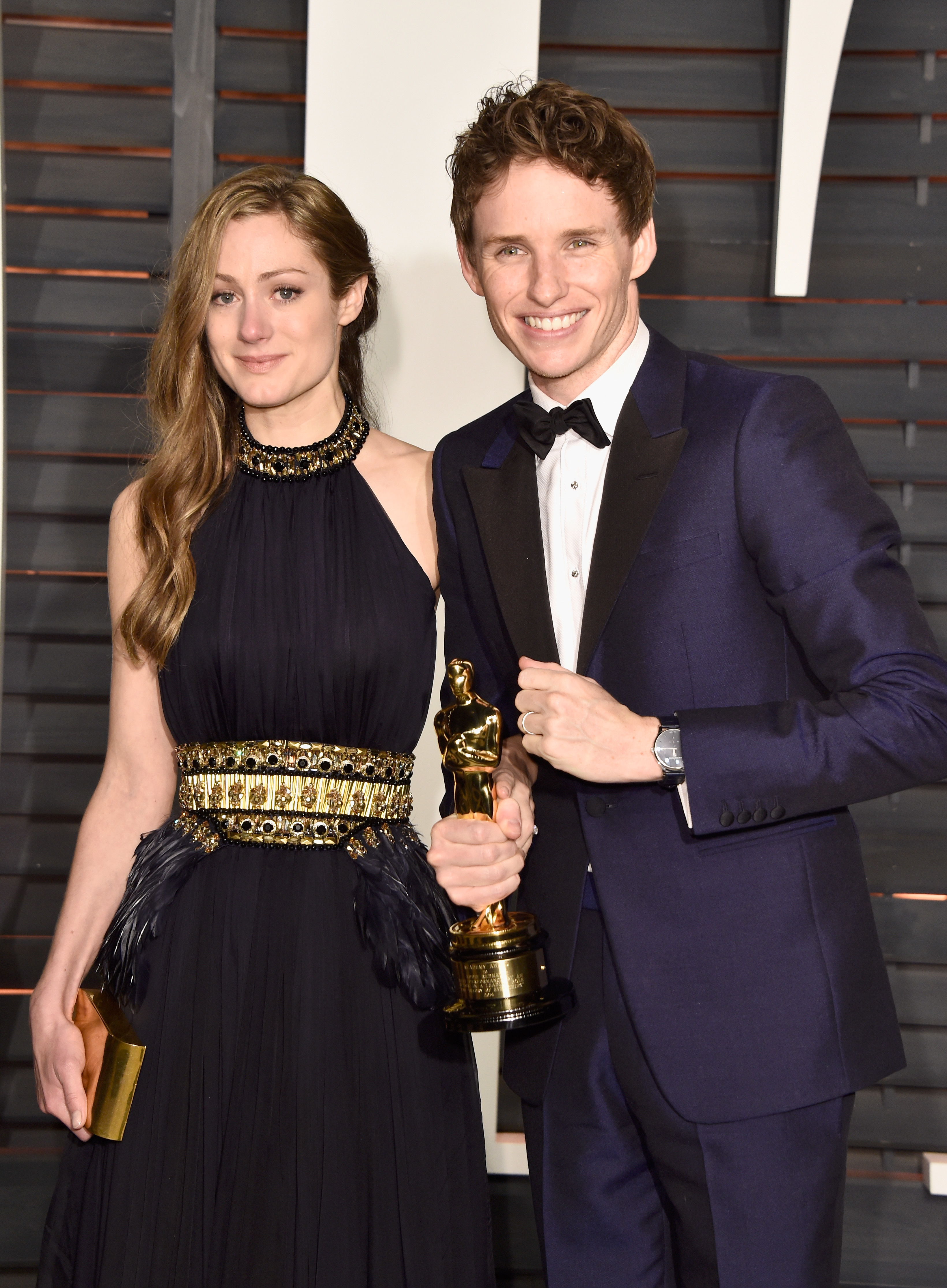 Hannah Bagshawe and Eddie Redmayne with his Oscar (Photo: Getty).

The final blue suit of the night was seen on host Neil Patrick Harris. His Tom Ford jacket is shawl-collared like Mr. Elgort’s, but he mixes it up with velvet. The cozy smoking jacket’s midnight blue hue reminded us that, on the East Coast at least, the time was pushing well past 12. 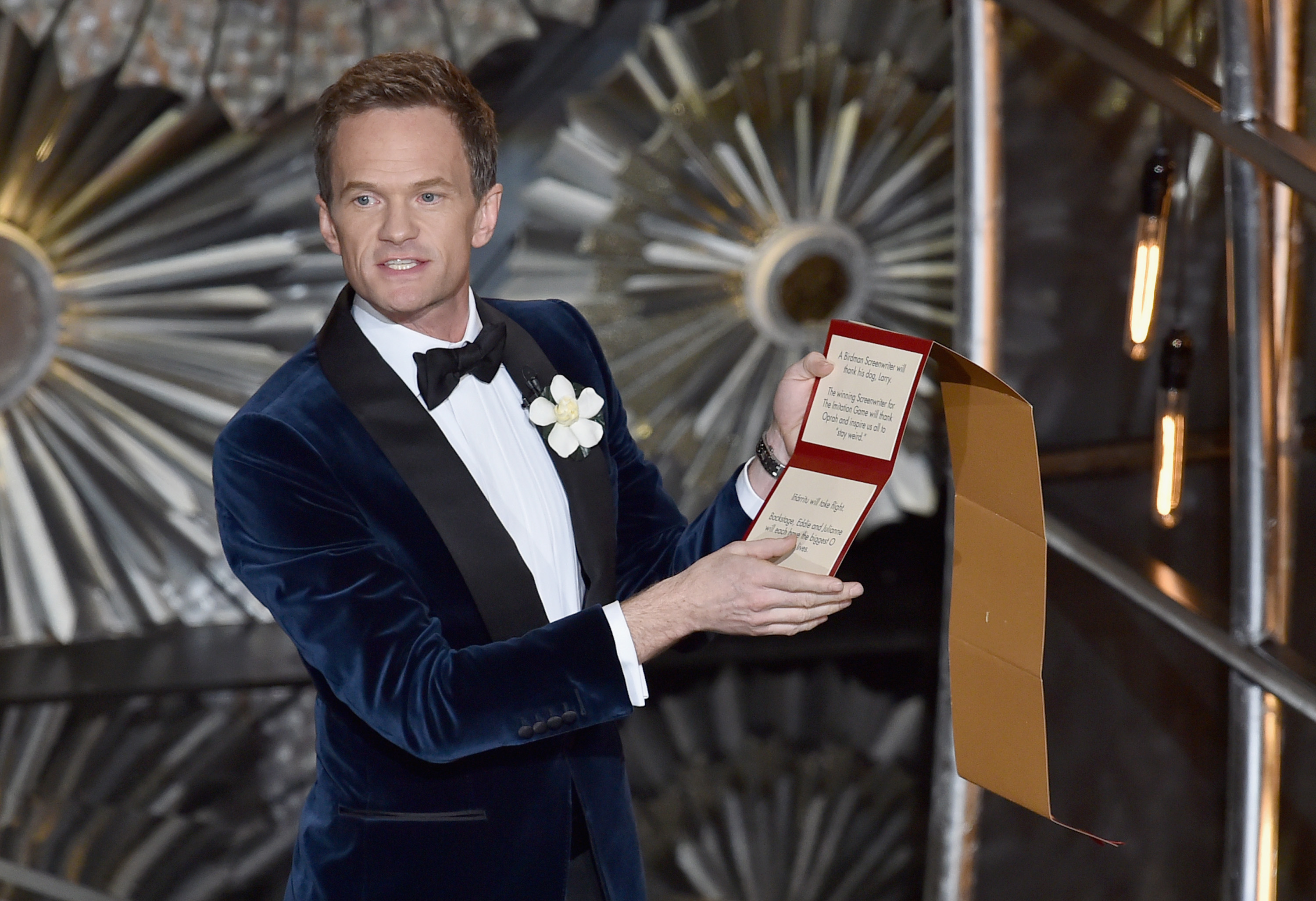 These gents are not exactly reinventing the wheel, but any divergence from the plain black tux on the red carpet, however slight, is welcome in our book. 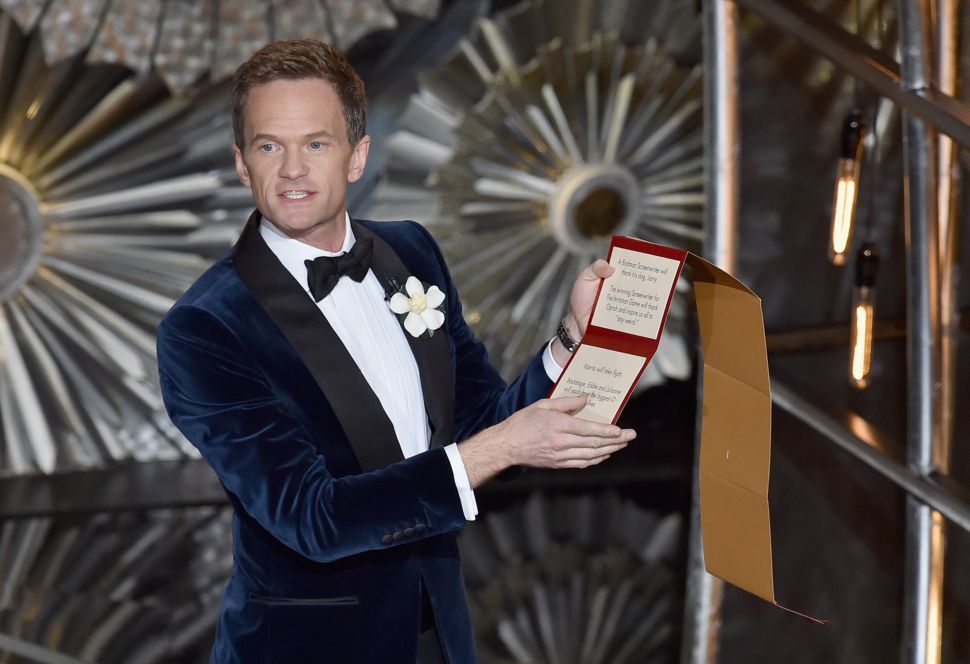