Forward New Jersey, an organization launched last year aimed at reforming the state’s transportation system, is releasing new television, radio and digital advertisements today that call attention to the need to invest in and fix crumbling infrastructure around the state.

Playing on the popular English nursery rhyme “London Bridge”, the first ads emphasize the need to act quickly to fix the state’s Transportation Trust Fund, currently replete of funding, by drawing attention to New Jersey’s “624 structurally deficient bridges” and the “more than 8 million cars that go over them every single day,” according to a new release obtained in advance by PolitickerNJ.

The organization is also releasing a radio ad, set to hit the airwaves today.

A partnership of more than 75 New Jersey-based organizations representing over 1.5 million New Jersey residents and more than 140,000 New Jersey businesses, Forward NJ says finding funding for the TTF, a policy priority which lawmakers around the state have pushed to the fore of their agendas in recent weeks as it continues to languish without funds, will become insolvent within five months, leaving the state no capacity to pay for any transportation projects after June 30.

“The facts are well known by now: over 600 bridges in New Jersey are structurally deficient and countless roadways are in poor condition,” said ForwardNJ Chair Tom Bracken.  “This is a threat to both the safety of those using our infrastructure, as well as the economic well being of the state. We cannot continue to sit idly by while bridges are closed across New Jersey.  The clock is ticking. By June 30, we will run out of money to fund any new projects, or to even perform the most basic of road and bridge repairs.  Our leaders in Trenton need to take immediate action and find a long term, reliable, sustainable and constitutionally dedicated manner to fund the TTF.”

ForwardNJ is also launching a new website at http://www.SaferNJNow.com.  The website will allow New Jersey residents to email, tweet and call the governor and their local legislators so that their voices are heard on demanding quick action be taken. 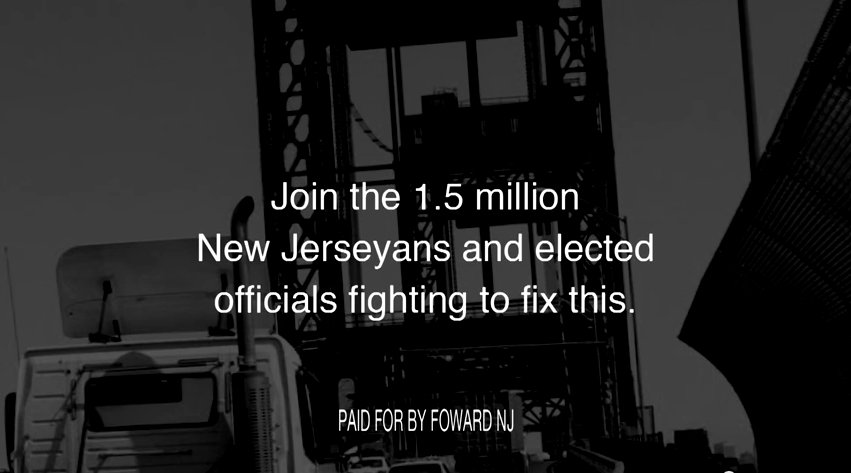