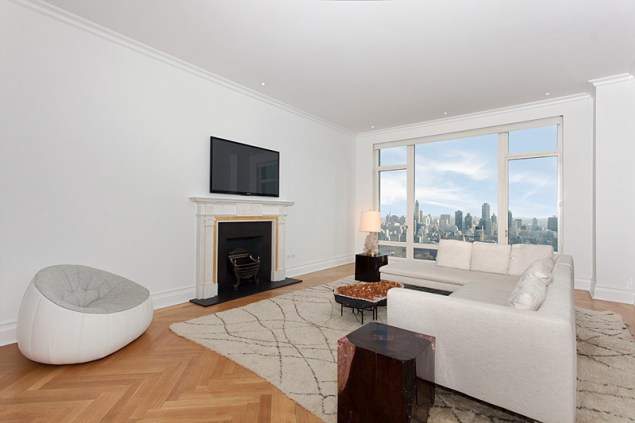 The living room decor is… restful.

In these dark days of winter, it’s not only Central Park that One57 has been throwing shade at, but former golden child 15 Central Park West, whose position as the non plus ultra of high-end condos has been unsettled by the recent sale of a One57 penthouse for $100.5 million. But most expensive sale ever aside, 15 CPW has still notched an impressive trade this week, clawing its way back into the spotlight following week after week after week of $50 million-plus One57 closings. Property records show that Michael Lewis, the global head of commodities research at Deutsche Bank, has sold his three-bedroom, 3.5-bath spread for $25.92 million—quite a coup given that Mr. Lewis bought the unit, as NY CPW LLC, for a mere $10.1 million back in 2007. 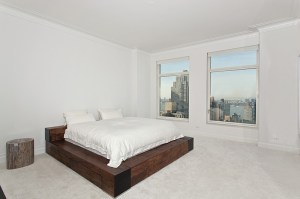 Nothing distracting in the bedroom either.

The sale, which more than doubles Mr. Lewis’s investment, shows that that old 15 CPW magic is still alive and well, even if Mr. Lewis had hoped to triple his money, listing No. 35C with Jill Roosevelt, of Brown Harris Stevens, for $29.99 million last January.

Ms. Roosevelt declined to comment on the sale, so we cannot say for certain if the buyer, Michael B. Kim, is the Michael B. Kim who is a founding partner of MBK Partners, one of Asia’s largest private equity firms, and generous donor to his alma mater Haverford College. But while all names involved are rather common, common sense would suggest that there aren’t too many Michael B. Kims out there with $26 million to drop on an apartment.

In any event, we hope the buyer likes breath-taking views and white walls, which offers an undeniable hauteur, even as the listing’s bestowal of the adjective “glamorous” on this 2,761-square foot condo seems a bit overstated given the strenuously bland decor. The place appears little changed since Mr. Lewis took possession of it as a sponsor unit, but then, that can be appealing, especially with so many brand-new competitors lining 57th Street. There are, after all, some owners whose remodeling ministrations prove beneficial, but we’ve seen many a “stunning renovation” that is anything but. 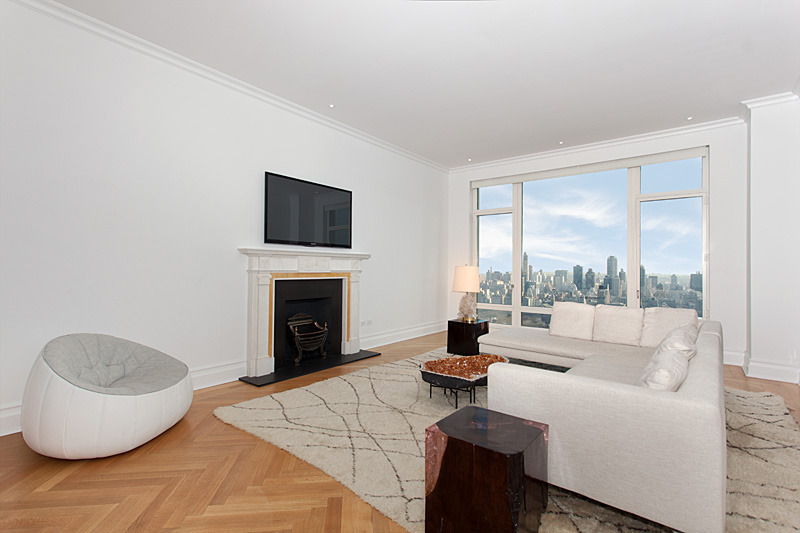