Following loud applause from the audience at the Gotham Comedy Club on Feb. 17, an unlikely performer took to the stage: the former Daily News columnist George Rush, who has given up gossip and hopes to reinvent himself as a comedy writer.

“Oh wow, you having a good Fat Tuesday? Obese Tuesday?” Mr. Rush began, warming up the crowd. But he soon let the audience in on his previous career in case they were unfamiliar with his boldface name. He told of his encounters with celebrity lookalikes, including a tale about peeing next to a Liam Neeson doppelgänger. Later in his show, he did a spot-on impression of Jack Nicholson. While Mr. Rush did not exactly kill it in his comedy debut, he did not bomb either.

Mr. Rush got the comedy itch after Lorne Michael’s Broadway Video hired him as a media consultant. “When you work for a comedy manufacturer, you are exposed to the fumes of humor, and it can lead to the delusion that you might be funny,” an urbane Mr. Rush told the Observer after his set. He revealed that he had practiced for his comedy performance by telling jokes in front of his pet dog and cat. They proved to be a devoted audience.

Mr. Rush suggested that the gossip trade was a fine prep school for an aspiring comic. “The kind of things we did back when we wrote about celebrities, were kind of similar to this sort of comedy, where you have to deflate celebrity egos in a few sentences, and do it on a kind of deadline,” he explained. “This is probably a complete exercise in foolishness, but I figured I’d take a shot at it.”

Take a shot, he did. Mr. Rush’s jokes earned more laughs than his long-winded stories, but he kept the supportive crowd engaged the entire time he was on stage. 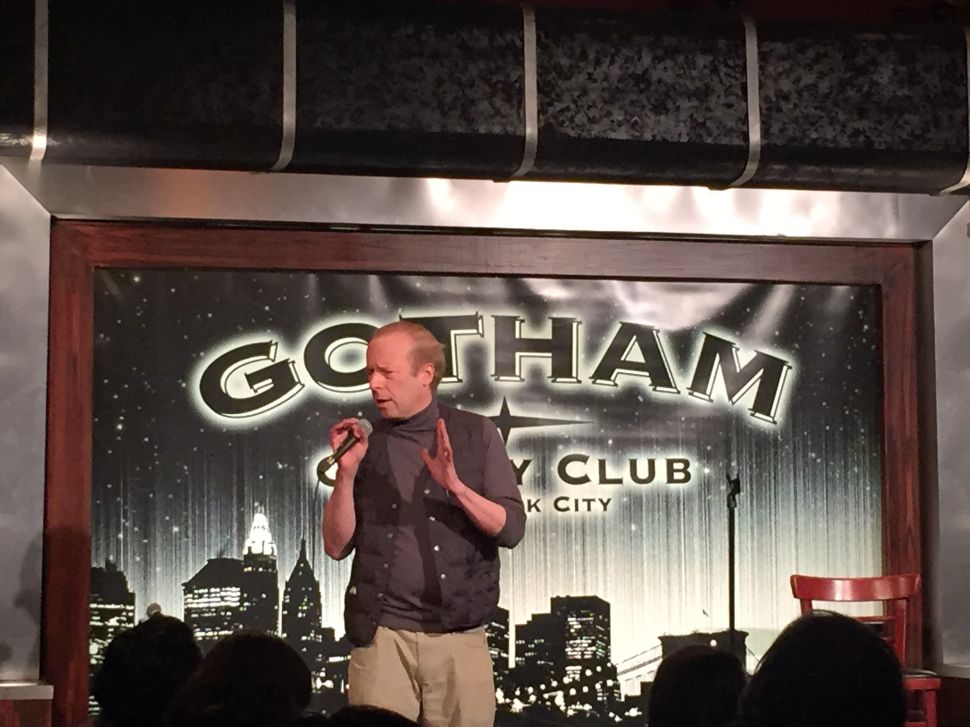