The Office of U.S. Senator Cory Booker this afternoon announced that Jeff Giertz will join his office as communications director effective today, overseeing his communications team.

A tortured history of dismissed, disenchanted or wounded Booker communications people in the employ of the twitter-friendly senator welcomes Giertz.

DeFalco, in her case, more than landed on her feet.

For his part, Giertz worked for several years as communications director in Braley’s congressional office in Washington, D.C.; served as communications director for then-U.S. Rep. Charlie Melancon’s D-L.A. campaign for U.S. Senate in 2010; and has served in various other communications roles, from the Obama presidential campaign in 2008 to the North Carolina state Senate Democratic Caucus in 2011. Giertz, a native of Moline, Illinois, grew up in Shaker Heights, Ohio, and is a 2005 graduate of the University of North Carolina at Chapel Hill.

Booker said he was excited to have Giertz aboard. 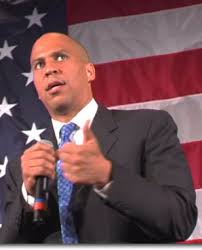