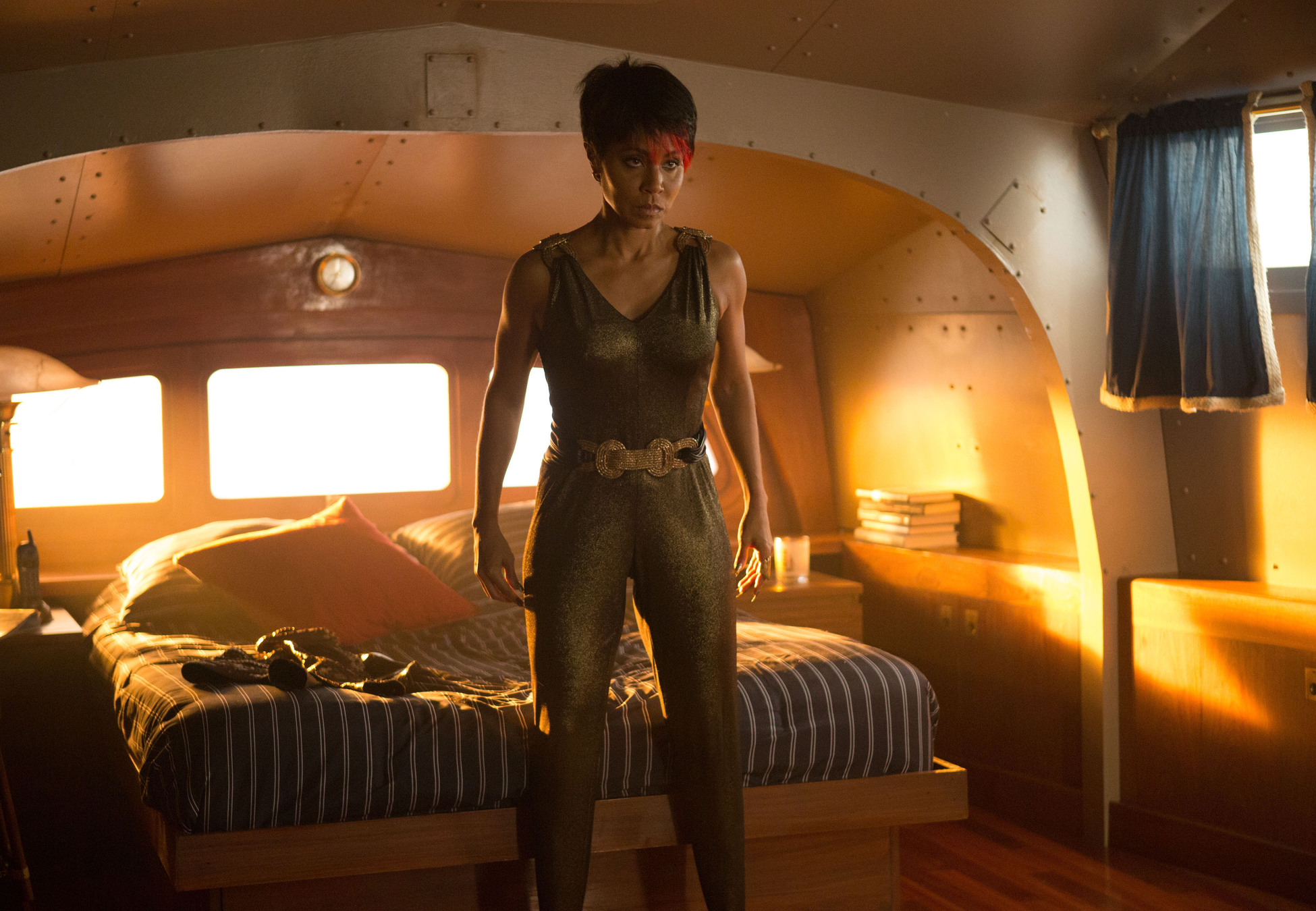 If it’s one thing I’ve gained from faithfully watching Gotham it is weekly little lessons on a thing I call Gotham logic. Here are some of the finer examples.

Gotham logic: Highly trained assassins that stick to a strict moral code will not kill anyone who isn’t on their contract…unless you’re a random no-name groundskeeper. Then your blood will be used as face paint.

Gotham logic: We’re still supposed to care about Barbara Kean as a character in any way, shape or form.

See what I mean? Gotham, much like Gotham City, has its own set of rules and those rules rarely make sense. ‘The Fearsome Dr. Crane’ reinforced what has become my favorite instance of Gotham logic, something that has been happening with basically every villain of the week. Are you ready? Gotham logic: If any member of your family was ever a super villain, you will eventually grow up to be an identical super villain, complete with the exact same gear, gadgets, M.O., name, etc etc.

You can not keep doing this, Gotham! You can not keep taking all the names of super villains we know, swapping out the first name and saying it’s their cousin or something! There are, I don’t know, a million other reasons someone would become a super villain other than “Uh, well, my uncle did it and I sort of inherited his costume.” This week’s titular villain Dr. Crane is the daddy of the modern day Scarecrow. How is he different from the modern day Scarecrow? He isn’t! At alll! Just like Black Mask’s relative. Just like the Electrocutioner’s relative.

I can only vent my frustrations with this show so many times before I start to repeat myself. Because, as I’ve said before, if you ignore Gotham logic and just focus on the general mood, and look and just the whole aesthetic of this show it’s usually easy to enjoy. Every New-York-turned-Gotham skyline shot is darkly beautiful. When Gotham does creepy, it’s usually some good creepy (that fucking pig mask). Sean Pertwee’s hard-as-nails Alfred is a delight. Robin Lord Taylor’s Penguin and David Zayas’ Sal Maroni have fantastic chemistry. Morena Baccarin is…Morena Baccarin. But man, when you take a step back and try and piece this thing together you realize that what looks like a sprint towards a destination is actually just a slow jog in a circle.

Oof, this show. Don’t even get me started on that ending. Jada Pinkett-Smith growling is not intimidating. It is very, very funny.

As always, let’s run down every reference, fact, and nugget of Bat-history brought up in episode fourteen,“The Fearsome Dr. Crane.” 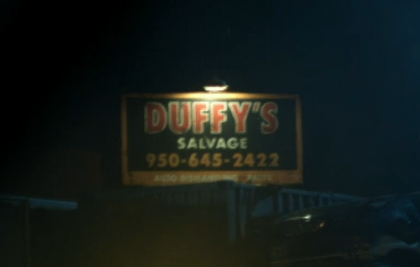 Nerd law states that when a comic book show shows a billboard on the screen, any billboard, it is most likely an Easter Egg or a reference to something. But Duffy’s Salvage doesn’t really spring to mind many things. I even called that number, hoping to strike Reference Gold. But, nothing.

HOWEVER, Jenna Duffy is a Batman character, better known as the Carpenter. When Duffy first started out in Gotham City she just sort of, uh, dressed like a carpenter as part of the Mad Hatter’s Wonderland Gang. Batman was appropriately like “U serious bro?” 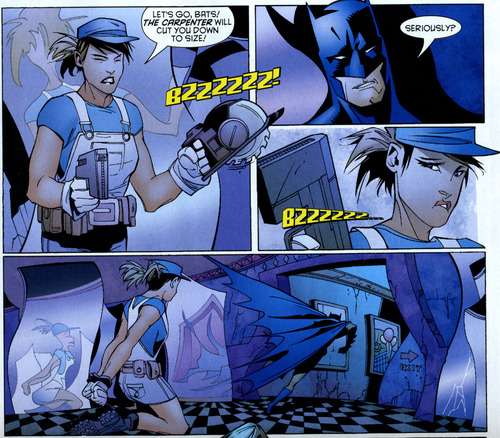 Eventually Duffy got into the actual carpentry game, specializing in building secret villain lairs. What I’m saying is, after all we’ve seen from this show, would anybody be surprised if little Jenna Duffy’s like, third cousin owned a salvage yard in Gotham, and one day little Jenna Duffy found some power tools in that salvage yard? And Gotham devotes an entire episode to it?

“Jonathan I said to wait in the van!” 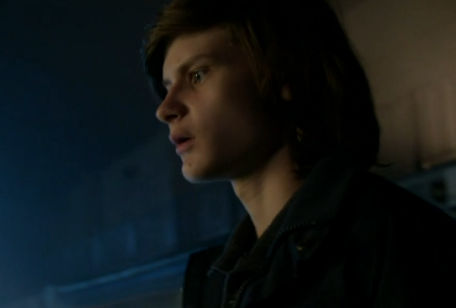 Yes, so, the crazy fear-killer from this episode is apparently named Todd Crane, and his son’s name is Jonathan. Jonathan Crane goes on to be one of Batman’s signature villains, Scarecrow. Scarecrow’s mostly known for dressing like a, um, scarecrow, and using his toxins that come in all shapes and sizes to make people hallucinate their deepest fears, which usually look a lot like this.

And yes, I understand that he had to learn to be crazy and obsessed with fear from somebody, so it might as well be his father. And yes, I get that the research Todd Crane is doing — with the Crane Scale and the cutting out adrenal glands — is probably the basis for Scarecrow’s fear gas. And of course, even in the comics Jonathan Crane was a gangly loser, which contributed pretty heavily to him going insane. Cool, awesome, whatever. But does the first time we ever see this villain, who one day will test Batman to his very limits, have to be his dad scolding him for leaving the van? And Jonathan’s response? “The parking meter ran out.”

The fucking parking meter ran out.

This is for you, Batman fans. The Scarecrow, master of terror, lord of fear, a villain who is up there with The Joker and Catwoman, who once transformed into the fearsome murderous creature known as  the Scarebeast, the SCAREBEAST, who even in this very show knows full well that his father is a serial killer that cuts out people’s fear glands, is worried. Because the goddamn parking meter ran out. 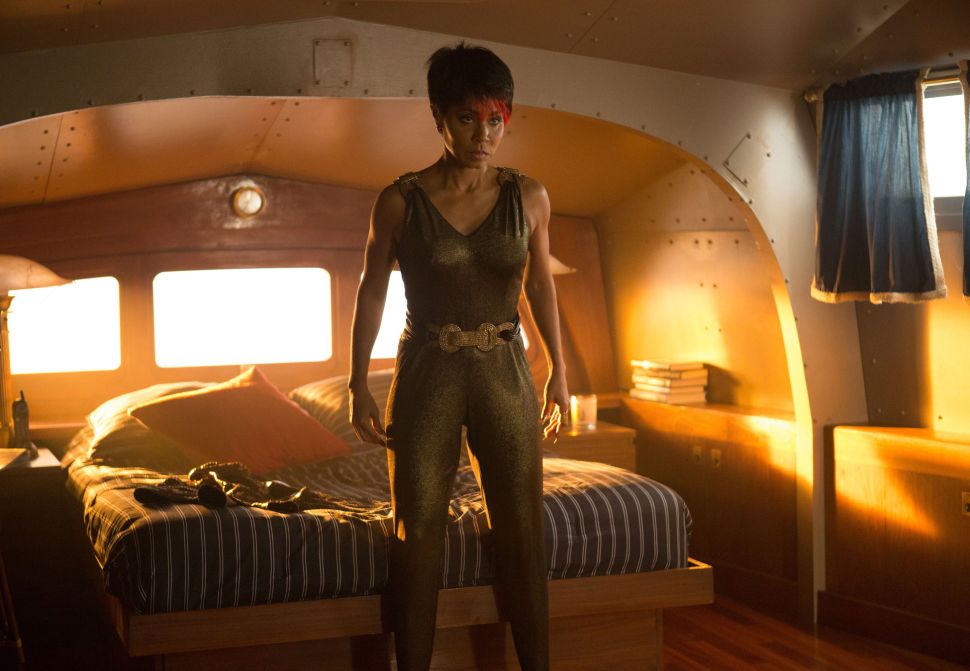