How is it even possible that after what I’m pretty sure was Gotham’s most baffling episode, it comes back a week later and air what I think is this show’s finest episode to date? Just when I think I’m out, they yada yada yada you get the point.

Why did I enjoy ‘Red Hood’ so much? Well, I’ve been entertained by Gotham, annoyed by Gotham, ambivalently amused by Gotham, but I can’t say I’ve ever been surprised by Gotham. Then Fish Mooney went and popped her damn eye out with a spoon and stepped on it, so I can’t really say that anymore.

And thank goodness that happened, because I was starting to get real frustrated with the whole Fish Mooney in jail thing. She started off this episode swaggering around, barking out demands, and that makes zero sense. She has such little amounts of pull right now. Nothing at all is stopping these people from shooting her in the back of the head. Nothing. And are the people in the basement really going to stay that loyal to her after the, what, three days she’s been in there? Because she stole that knife from old whatshisface? So yeah, when Fish offered her “third option,” and elbowed her one captor in the gut, I thought “here we go again. Fish is going to get the upper hand on a group of men twice her size.”

I guess she kind of did, if getting the upper hand means using your eye socket like an ice cream bucket. And the whole “I’m going to rip off body parts so you can’t use them” ploy can’t really work in the long run. But man, I did not see that coming.

Also, I don’t know if Gotham is intimidated by the imminent return of TV’s most stab-happy show The Following or what, but Alfred’s army pal Reggie betraying him with a knife in the gut garnered another audible “whoa” from me. I don’t just give out audible “whoa’s,” people. That moment was made all the more important by the brilliant scenes between Alfred, Reggie, and young Bruce that came before it. Honestly, I’d be cool watching Sean Pertwee and guest David O’Hara get drunk on fifty year old Burgundy and tell stories. But really everything — from Reggie’s intense “lesson” with Bruce on how to win a fight to the quiet musings on the effects war has had on both men — was some of the most subtly impressive writing, directing and acting in all seventeen episodes so far. For once this show didn’t feel like a silly, trivial show trying to wear some big boy pants, it felt like a show with a life of its own. The last minute reveal that Reggie was gathering intel on Bruce for Wayne Enterprises only added to it, because it set up promises for the future.

Usually this is the part where I say besides all the good, the weekly GCPD case was all bad. Not this time! I’m so confused by all these positive feelings! The Red Hood was handled perfectly, and it really played up the fact that the hood was just a symbol, whether the person wearing it was a criminal mastermind or a doofus. Also, possible Jokers everywhere! From terrible stand-up comedians to that random kid that picked up the red hood at the very end, I feel like we finally got that multiple choice Joker thing we were promised. Which is strange, really, after the obvious ratings ploy that was last week. And for the record, I thought Cameron Monaghan was fine as a possible Joker, it was the timing that made absolutely no sense. To just have the Joker show up, fully Joker-ized minus some face paint, and to call that his “origin story” while Batman still doesn’t even know he’s afraid of bats, is a dumb, dumb idea. That point might have been lost in my rage-cap of last week’s events. (also, that young high-voiced, bespectacled bank clerk with the creepy admiration for the Red Hood leader…could it be??).

Now, after all that positivity, lol Barbara. Just stop.

As always, let’s run down every reference, fact, and nugget of Bat-history brought up in episode seventeen,“Red Hood.”

You might have noticed, but Dulmacher sounds remarkably close to Dollmaker. Subtle, I know. But the Dollmaker is in fact a super villain, and he does in fact collect body parts for experiments. These experiments usually include sewing things to other things that shouldn’t be sewn together. It’s quite gruesome. Shame, though. Fish’s eye really would have come in handy. If you recall, the Dollmaker was mentioned as being up to no good all the way back in episode two.

Can I just take this time to say how much I love when any comic book character’s real name, hero or villain, just perfectly matches up with their alter ego name? Which came first? Did Edward Nygma realize his initials basically spelled out “enigma” before OR after he realized he loved riddles? I feel like sometimes it just makes decisions easier. Like, Otto Octavius was thinking really, really hard about what kind of super villain he wanted to become before he said “you know what? Fuck it.” 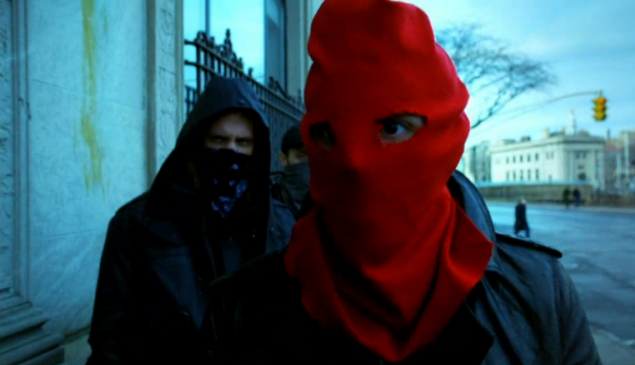 The Red Hood Gang, and more specifically the singular character Red Hood, has come in all shapes and sizes over the years, but the essence is still the same — anyone could be under the red hood. Sometimes its just a down on his luck man forced to take the fall for more hardened criminals. Sometimes it’s an entire gang of red hoods. Occasionally it’s the badass reanimated shell of a formerly dead Robin. Either way. What’s interesting here, especially after the events of last week, is that it’s a widely accepted story that the last person to wear the red hood fell into a big ol’ vat of chemicals and came out the other side as a certain clown particularly fond of murder and mayhem. Time will tell.

All I know is, leaving that red hood around for some random kid to pick up was some of the worst crime scene police work I’ve ever seen on television. Classic GCPD. 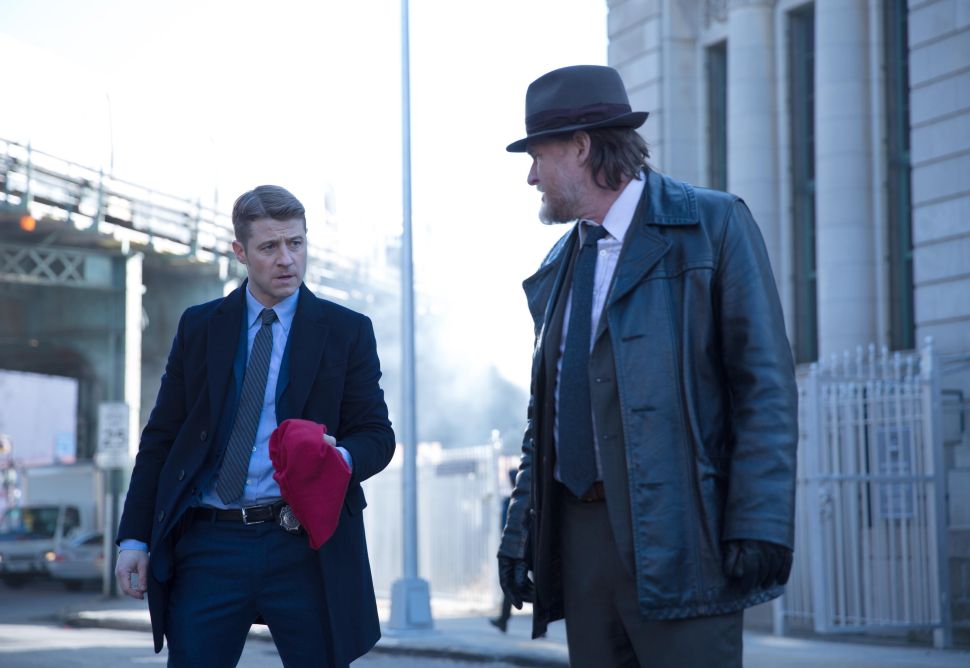