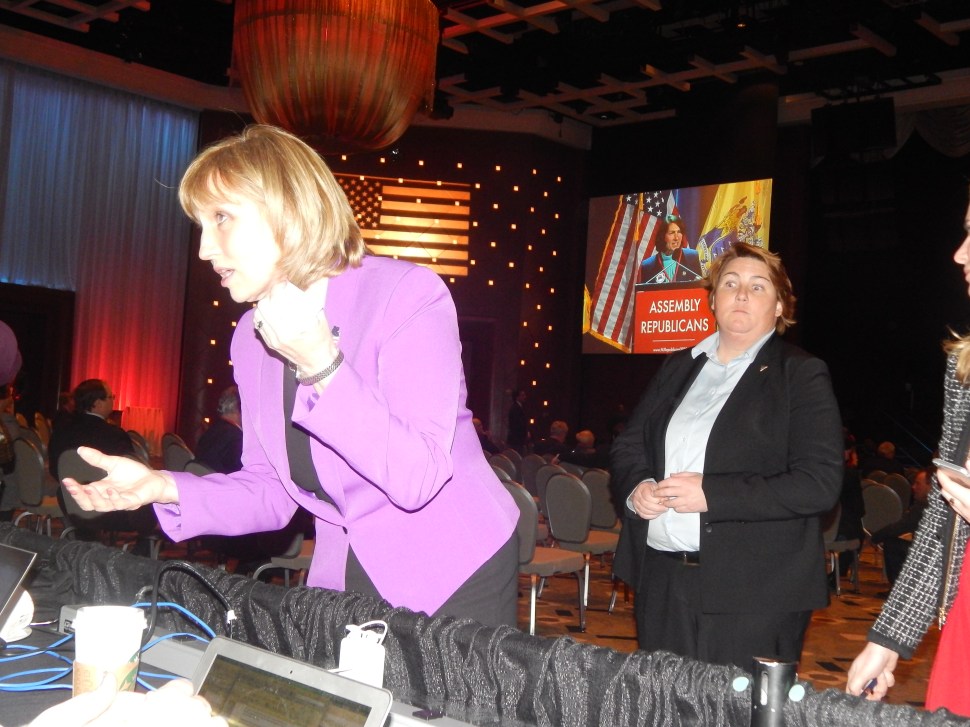 ATLANTIC CITY – It’s Assembly Minority Leader Jon Bramnick’s (R-21) event but that didn’t stop his intra-party rival from showing up and fast-striding the carpet in front of a table crammed with reporters.

PolitickerNJ asked the acting governor if the ice and snow storm on her watch (Gov. Chris Christie’s in England) was sufficiently big enough to beef up her command and control resume.

“Let us hope there is nothing big enough to beef up those credentials,”said Guadagno, who mentioned that she was on the phones last night as the storm began taking hold of the region and turned to slush by the time of most people’s commutes.

“No more than at any other time,” she added, when pressed about the specific import of the storm to her.

It was his response to Hurricane Sandy, after all, that increased Christie’s standing and helped catapult him to 2013 re-eelction victory. 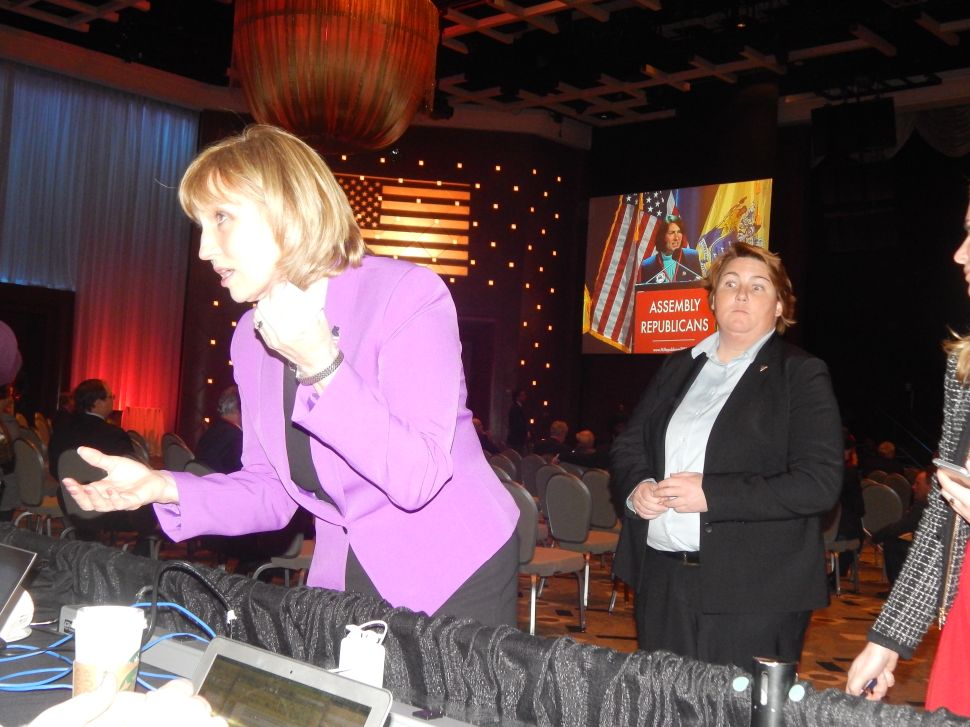