If only Eric Fingerhut fought Israel’s enemies as ferociously as he fights its defenders, perhaps he wouldn’t be losing the war for Israel on campus.

There has been much anticipation in the American Jewish community for Mr. Fingerhut, who was appointed President and CEO of Hillel International in July 2013, to reveal his plan to reverse the diminishing fortunes of Israel at America’s universities. Last Thursday we finally found out what that plan is: vilify anyone who calls out Hillel for its inaction.

A few days ago, I published a story in the Observer detailing how Hillel NYU had refused to promote an event we’re holding with Israeli Ambassador Ron Prosor this coming Tuesday. They even refused to send an email blast to their students, a refusal that continues as of this writing.

In response to my story, Mr. Fingerhut sent an email to Hillel’s funders that was forwarded to me by a number of them who were disgusted by his effort at character assassination. The email said that Mr. Fingerhut was “personally aware” of how Hillel NYU was “in close touch with the Israeli ambassador’s office about hosting him a few weeks later.” That would explain why Hillel refused to promote the Ambassador’s response to Israel’s enemies on campus and the global demonization of the Jewish state.

Mr. Fingerhut went on to accuse me of having written the “clearest example of lashon hara (sinful speech) that I have seen in a long time, and certainly the most egregious example I have seen from a religious leader.” He claimed that I had created a “false impression” that Hillel was opposing an appearance from the Israeli Ambassador, which, he said, is “tantamount to lying.”

I expected a backlash. But not this vicious.

Here are the facts. Hillel refused to promote the Ambassador. The excuse that they were doing their own event with the Ambassador turned out to be untrue.

There was no planned event with Ambassador Prosor subsequent to ours and there was no contact between Hillel and the Ambassador’s office, a fact belatedly confirmed to me by Rabbi Yehuda Sarna, Hillel’s NYU director.

Prior to this event I had already had several conference calls with Mr. Fingerhut and his lieutenants trying to prod them out of their inertia and stand up for Israel. I even invited them to a national summit of all pro-Israel groups on campus that my organization would fund in its entirety to give Hillel ideas about what could be done to fight for Israel. I made it clear to Eric that I believe in Hillel and my only intention was to help.

What I got in response was an attempt by Mr. Fingerhut to silence me. In most of the conference calls I was asked never to criticize Hillel again.

I believe in Jewish unity. But Israel is under siege and its name is slowly being destroyed. Defending Israel and Jewish life as both are assailed throughout the world is what’s most important. Besides, communities have to be self-critical. Hillel must stand up for Israel. But I would inform them if there was another incident of Hillel inaction before things blew up.

In organizing the event with Ambassador Prosor I did exactly that, writing to Rabbi Yehuda Sarna and pleading with Hillel to partner with us on the event. I met with Rabbi Sarna at the offices of my friend, Michael Steinhardt, the founder of Birthright, to coordinate joint activities.

What I received could best be described as a lukewarm response, and that would be charitable. I was told that our event was something Hillel could “not do with excellence” and that they did “not have the bandwidth to get very involved.” They claimed they had another event they needed to focus on: a large conference on anti-Semitism set for March 8, which would include Ambassador Ron Prosor.

This confused me utterly. Really? Just as soon as we announce Ambassador Prosor they quickly reached out to him to speak at the same school three weeks later? It didn’t make any sense. Hillel, they said, would not partner because it “is difficult to bring out a crowd twice in 3 weeks for the same speaker.” Well, if that was the case, I argued, why not have all of us stage one large event – together – that sought to defend Israel?

My plea was ignored. It became clear that Hillel simply wouldn’t get involved. They told me they’d be “moving forward” on their own Ron Prosor event.

There was only one problem, and here is the crux of Mr. Fingerhut’s fiction. Ambassador Prosor’s office had absolutely no knowledge of any invitation and no contact with Hillel about a speech at NYU. We were sure, based on Rabbi Sarna’s assurances, that they were mistaken. Surely the Ambassador’s office had been approached by Hillel.

But his office continued to tell us that they’d never even heard of a Hillel event on Anti-Semitism at NYU. They didn’t have the slightest clue about any conference with Hillel. As one of the staff members wrote to us: “I have no idea what you are talking about!”

I went back to Hillel and Rabbi Sarna finally admitted to me that they’d never spoken to Mr. Prosor’s office. They claimed that another organization was supposed to have been doing it for them. And as for this important event they were staging, which explained why they could not partner with us, Rabbi Sarna told us that it had been called off.

And that’s the story. Hillel refused to promote a visiting Israeli Amassador lest it conflict with another visit from that same ambassador — a visit that didn’t exist and that he was never told about. They used a theoretical event to justify their abstention from a real one.

But that didn’t stop Mr. Fingerhut from sending out a fraudulent email to Hillel’s foremost supporters repeating the bogus “scheduling conflict” to justify Hillel’s inaction. Mr. Fingerhut could not have been “personally aware” that Hillel had “been in close touch with the Israeli ambassador’s office regarding an appearance at NYU to be co-sponsored by Hillel” because there was no such thing.

Mr. Fingerhut ought to be more careful with these Brian Williams moments. Other gems in Hillel’s Pro-Israel NYU arm, TorchPac, communications with us as to why they could not promote the Ambassador include these:

“[We] feel that lending TorchPAC’s name to this evening would not be in line with TorchPAC’s goals, aims, or standard practices.”

“We cannot justify lending our name — it just wouldn’t sit well with us and would be intellectually dishonest.”

“[This Event] is not in line with our mission of advocacy.”

“We are not promotion machines for every Jewish event in New York City…I’m fundamentally uncomfortable doing anything beyond linking to the event, and quite frankly even that…”

Before writing my column, I wrote to Eric and told him that Hillel should assist with Mr. Prosor and if not I would call upon them to do so publicly. I received a response from his lieutenant that all Hillel directors are independent and that Hillel’s central office could do nothing to persuade Rabbi Sarna to participate.

So here is where we stand. Israel’s Ambassador to the UN will be at Cooper Union this Tuesday and we will make it a success, God willing.

No matter much Hillel vilifies me or any other person fighting for Israel on campus it won’t change the flood of BDS votes to boycott Israel that are passing on campuses where Hillel has a huge presence.

No matter how much I am attacked it won’t change the intimidation of Jewish students and Israeli representatives that is happening at campuses like UC Irvine, UC Berkeley, and UC Davis.

No matter how I am demonized it won’t do a thing to negate the upcoming Israel Apartheid Week demonstrations that are about to engulf American campuses, especially NYU.

No matter how much I am attacked I will not be silent about the need to defend the Jewish state.

We have a choice when it comes to defending Israel. We can offer excuses or we can join the fight. Instead of attacking me Hillel ought to work with us. They still have three days to help us promote Israel’s Ambassador to the UN and take a hammer to the fake apartheid walls.

Help us. We need your expertise and assistance. It’s not too late. 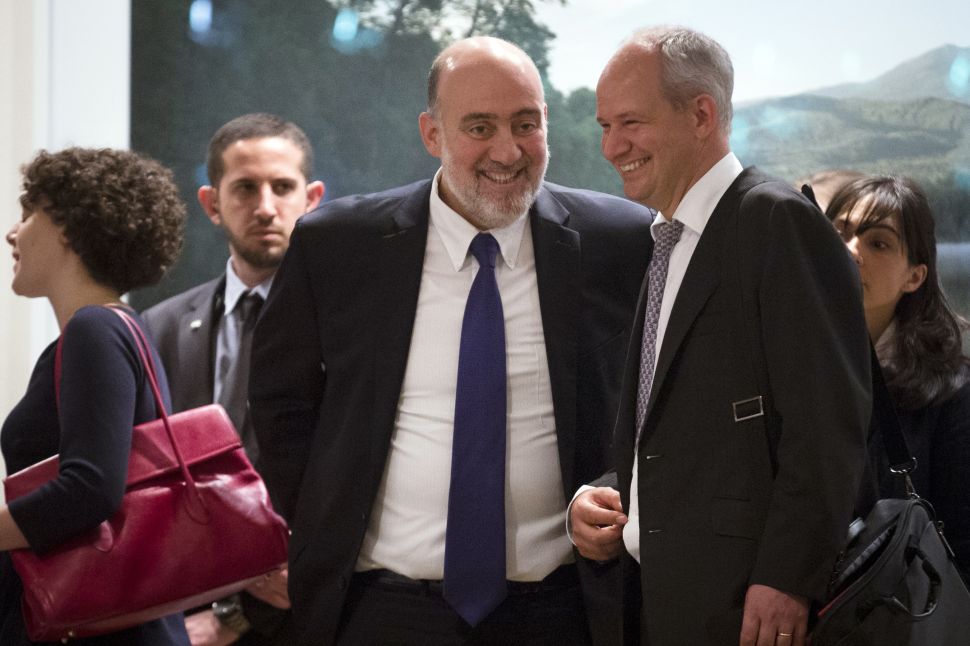