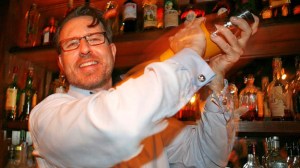 The first time I met Doug Quinn, he took me on a whirlwind tour of his Upper East Side space, Hudson Malone – named after his two sons, Hudson and Malone Quinn. The floors were creaky, the coffered tin ceiling appeared to be reclaimed from elsewhere, there was even a chalkboard emblazoned with Quinn’s Laws. Among them, “Listening is an art few come to master.” No surprises in this tried-and-true bar formula perhaps but it seems to be working, human traffic-wise for the barman turned owner.

Every so often, he pats a patron on the back and knows them by name, he even asks some about their kids, parents, and siblings. These are the kinds of relationships he mastered in his years as an expert bartender and professional listener at P.J. Clarke’s, just a few blocks away, before decamping to start his own outpost.

He and I set up shop at a quiet table on Hudson Malone’s second floor, where I stole a precious ten minutes from the man who never stops moving. Looking around at the walls plastered with memorabilia, he revealed, “I want to turn this part of the place into speakeasy, but not a fucking annoying one with a password and overpriced drinks.” This is the essence of Doug Quinn. He’s whimsical, but logical – and swears like a sailor.

“We tried to capture the feeling of comfort and the reasons why people go out, we put enough great things on the menu so people will never get bored,”  he said as a waitress brought us cocktails. “Thank you sweetheart,” he told her in his New York twang. “I like my regulars to dine here several times a week. The Whole Grilled Branzino is wonderful. It’s the whole fish seasoned and grilled head on, we present it and then return it to the kitchen to filet – unless the guest likes to pick it apart.” Earlier, I saw this happen first hand downstairs while waiting for Doug. Much of the experience is totally left up to the guest, and with good reason. “Listen, people go to different restaurants for different things,” he said, leaning across the table toward me, “Most places have a dish or two they are known for, stick with those. Ask the server what’s best, but always go with your gut. You don’t know whether they’re telling you what’s great or they’re just trying to sell you a $160 Tomahawk steak that looks cool, but just ain’t that great.” And with that little nugget of wisdom, and a pat on my back, Quinn is back swirling through a packed house of patrons and adoring fans.

Hudson Malone is located between 218 East 53rd Street, between 2nd and 3rd Avenue. 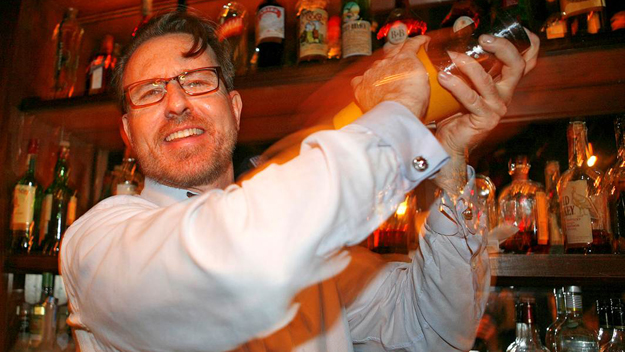