I woke up this morning and rolled out of bed, hoping nothing particularly stupid or society-ruining had occurred as I slumbered. Unfortunately, the first bit of news I came across was that Kris Jenner and E! signed a deal to keep Keeping up with the Kardashians on the air for four more seasons, to the tune of $100 million. Now, $100 million is a lot of money. My source tells me that is more money I could ever hope to make in a lifetime. My source is my mother. She worries.

Immediately, I planned to write this whole piece about that ludicrous deal, and how milleniums from now historians will point to this exact moment as the fall of not only Western civilization, but humanity as we know it. But then I realized I couldn’t, because I have never seen a single second of Keeping Up with the Kardashians. Maybe it’s…not that bad? Maybe it’s worth $100 million? So, I did exactly that. I watched one (1) episode of KUWTK, entitled “A Thailand Vacation, Part 2.” What happened in Part 1? I don’t know, I only agreed to one episode. But this is what I saw.

I’m not going to recap every single event that transpired on the second part of the Kardashians’ trek to Thailand, because our former social media editor/current realty TV expert Sarah Devlin already did that more reverently than I could ever hope. Let’s just go over the broad strokes very quickly, of which there are three main conflicts.

First conflict, Kendall and Kylie are missing, and this is a huge fucking deal, despite the fact no one noticed until at least halfway through breakfast. “We don’t have time for breakfast!” the Kardashians’ sea monster of a mother shrieks upon learning of her youngest daughter’s disappearance, but she’s totally already done. A full on manhunt ensues, which seems unnecessary because based on everyone’s reaction Kendall and Kylie are already dead and being gutted by Thailand pirates. Even after the girls send Kim a picture proving they are, in fact, alive and doing normal vacation things, everyone is still so mad. “What kind of sick prank is this?” the tall one growls. And, honestly, I can’t even describe my fury when they found them casually getting massages, because this whole thing took up 20 minutes. This is a “reality” show on E!. Could they not have had at least one of them trying some Thailand drugs or something.

Second conflict, there’s this whole thing where Kim’s step-brother kind of gets a boner because he walks in on her getting changed. There’s a lot of time devoted to this. A lot of time, and roughly $100 million. Sigh.

Third conflict, Khloe, whom I previously referred to as the tall one, is just all around upset because her horrible family is acting horrible on vacation, while her depressed brother is at home. Why is he depressed? If it’s actual depression, I genuinely feel for the guy. But if it’s “Kardashian” depression, which entails saying “THIS ISN’T FUN ANYMORE” as you paddle on crystalline waters into an underground cove, then no sympathy. But all this family tension does lead to this following exchange:

Khloe: “Why don’t you go take some more selfies?”

In case you were wondering, the mere mention of Kanye West’s first name was the only time I was truly excited. I expected him to show up on a speedboat directly behind the dinner table in aviator shades and no shirt and say, “y’all rang?” But that didn’t happen. Instead, one of the young ones says later, after the fight, “I was about to be like, ‘Uh, are you kidding?'” She wasn’t like that, though. She knows her place.

Then there’s some crying, which looked more like leaking that needed maintenance on Kris Jenner, and the episode ends.

So, what to take away from all this? Well first, not to even speak of what I saw, but what I heard. This show is an abomination to  the English language. If modern day speaking killed the word “literally,” this show harpooned it with a spear and laughed as it died slowly. I don’t think there’s a person among them that knows what “literally” means. “Wait, my literal vagina is hanging out,” Kim says at one point. That’s…not even close. That’s not even where the word goes! Is there a figurative vagina out there somewhere? Wait, is Kanye the figurative vagina?

Another thing, it amazes me how obviously edited this show is to showcase Kim Kardashian. Isn’t it around 10,000 degrees in Thailand? How is she not sweating? Like, literally sweating?

Overall, I did feel roughly one iota of shadenfreudic pleasure from this endeavor, but for the most part this show is the 100% drizzling poops. There’s only so much I can watch people be miserable in one of the most beautiful places on earth, just creating unnecessary problems to ensure the cameramen die of heat exhaustion and not boredom. It’s even harder to do with the ghost of Kris Jenner’s original birth-face floating over my shoulder and whispering “$100 million” spookily in my ear.

There’s also a small part of me that can’t help but be impressed. Yes, I meant it when I said this show is awful. This show gave me an infectious disease. It’s bad, in every sense of the word. But, I say again, someone just paid an entire yachts-worth of money to keep it on the air for four more seasons. There is something innately admirable about something that can keep its manicured claws so deeply sunk into culture relevancy, despite being such a soulless waste factory of shit.  How do you imitate that? Should I blow Ray-J on film? I’ll do that for $100 million!

I guess, in the end, I’m more confused than anything. Flabbergasted, you could say. I’d like to know the reasoning behind keeping this thing around. No really. I am genuinely, genuinely curious. Go down to those comments, and someone tell me why you watch this show. Share this testimonial far and wide, and please, someone enlighten me as to why KUWTK needs to exist for four more years. 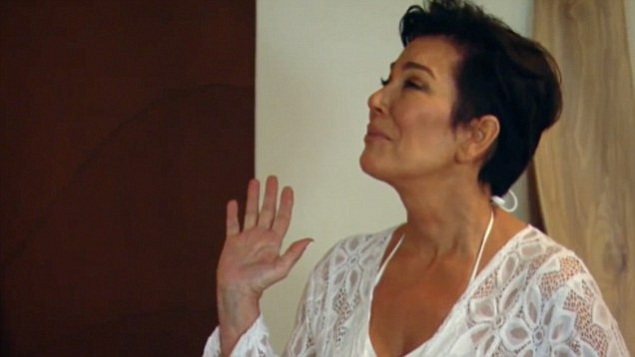 Filed Under: TV, TV, recap, review, Keeping Up With the Kardashians