BERLIN — Pretension was high at the Berlinale this weekend, as Terrence Malick’s Knight of Cups made its world premiere to rabid audiences eager to get in and, later, jaded moviegoers happy to walk out. A grandiose, solipsistic rumination on the emptiness of life—set, naturally and lazily, in the bloviating world of Hollywood—Knight stars Christian Bale as a successful screenwriter adrift in a world of hazy all-nighters and hedonistic bacchanals, haunted by a succession of failed romances (with stunners Cate Blanchett, Natalie Portman, and Teresa Palmer, among others) and strained familial relationships, from a despairing father (Brian Dennehy) to a resentful younger brother (Wes Bentley).

How do you know Bale’s a successful screenwriter? Because the press notes say so: nowhere in the film is there actually a moment of him writing, talking about writing, or even being told to write. In fact, Bale barely speaks at all, and mostly in self-pitying voiceover. (At the press conference, he admitted: “I never had any lines to learn, but I would see other people coming in and they’d have pages. And I would look over their shoulders to see what was going to happen, because I never knew. I almost forget the character’s name, because we don’t say it much in the film.”)

But boy, for a dumb film, it sure looks pretty. Thanks, as always, to gifted cinematographer and stalwart collaborator Emmanuel Lubezki, Malick’s widescreen images of desperate debauchery—shot in everything from 65mm film to handheld digital cameras—are rarely less than divine and often breathtaking. Never has Los Angeles looked as arresting or alluring. But there is a limit to how often a character can walk forlornly on the beach, drive wildly in his convertible, plunge blindly into swimming pools or frolic endlessly through gaudy mansions.

And any movie that includes John Gielgud intoning passages from The Pilgrim’s Progress as the camera glides over an orbital view of the aurora borealis as well as a vacuous Tinseltown party hosted by Antonio Banderas (with Comedy Central’s Nick Kroll and Brooklyn Nine-Nine’s Joe Lo Truglio trolling in the background) is proof of a film director either swinging for the fences or shooting in the dark.

Malick has earned his right to experiment: after winning top prizes at major film festivals (here in Berlin for 1998’s The Thin Red Line and in Cannes for 2011’s The Tree of Life), international expectations are high and mostly forgiving, if not indulgent. And A-list actors are stumbling over themselves to work with the American auteur, which means film financing and distribution are almost assured. (Yesterday, the trades announced that upstart indie outfit Broad Green Pictures bought the rights to both Knight of Cups and Malick’s next untitled film for $6.5 million, even though his previous effort, To the Wonder, starring Ben Affleck, made less than $600,000 at the box office.) And now that Malick has moved away from period pictures to modern-day melodramas, he can populate his movies with lithe, topless supermodels prancing around in sexy lingerie—no small factor when it comes to selling tickets. (Knight of Cups even has a Vegas stripper with a heart of gold.)

That said, at least Malick creates a febrile production process that encourages startling invention. Bale talked about how the director gave his actors GoPro cameras and asked them to shoot whatever they wanted. And at the press conference, Portman also raved about her sense of freedom. “He reminded me that the rules of filmmaking—the way we do things, the rituals that we have—are not necessary,” she said. “That you can find your own way, and to allow the mistakes, to welcome the problems.”

The best of Malick’s brethren in this year’s main competition share this sense of adventure and innovation. Jafar Panahi’s Taxi, which played on the morning of the Berlinale’s very first day and is still towering over all the other entries, is the latest from the Iranian filmmaker, officially banned in his own country from making movies but stubbornly churning out new work regardless of the restrictions. His latest clandestine production—shot with small digital cameras mounted to a dashboard—features the director posing as a cabbie and experiencing modern life though an afternoon spent driving around Tehran. But what looks like a Persian version of Taxicab Confessions quickly reveals itself to be a warm, funny, haunting, incisive and ultimately devastating portrait of an oppressed society forbidden from true artistic or political expression, all in the name of tamping down any sense of, as the Iranian film board puts it, “sordid realism.” Clearly the limitations of the format are no restraint for a truly creative mind.

Even more impressive technically is Sebastian Schippers’ German heist flick Victoria, a high-wire act of filmmaking in which, thanks to a small digital camera, all 140 minutes of screen time is one single, continuous take. At no point does the movie cut away from its subjects, following them through more than 20 different locations in Berlin—interiors, exteriors, rooftops, nightclubs, streets, vans, coffee shops—and captures everything from an intimate private piano recital to a cops-and-robbers shootout in a residential building’s courtyard. It’s a breathtaking feat, one that lends a delirious energy to the admittedly familiar and at times unconvincing plot.

Joining Taxi and Victoria in the digital revolution is Jem Cohen’s far more experimental 15-section cine-essay Counting, a descendant of sorts to the city symphony genre of filmmaking in which the director shoots quotidian moments in far-flung places such as New York, Moscow, London and Pakistan, infusing street life with an intense sense of place. Counting is proof that a talented film director—no matter what the format, budget or resources—can find beauty and grace at the most unexpected moments. For those open to viewing it, the sublime is always in plain sight. 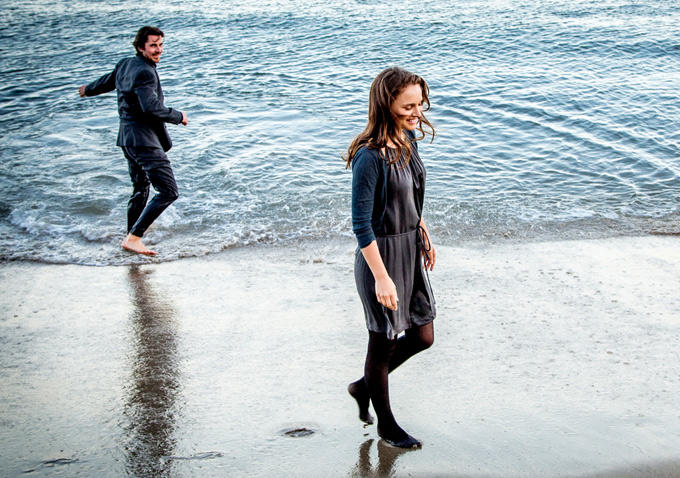