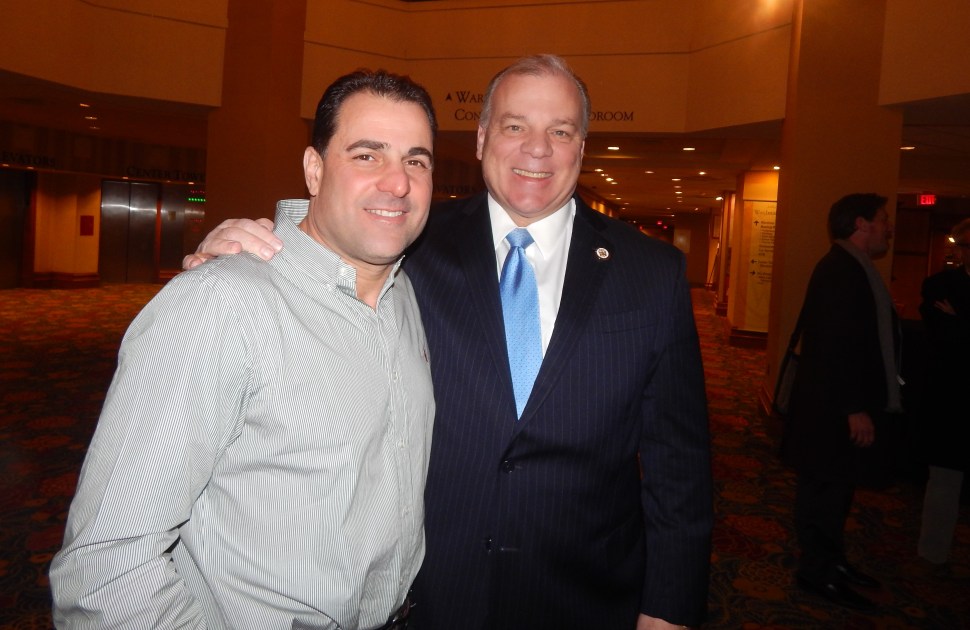 WASHINGTON, D.C. – The swivel doors to the Marriott opened and inside, on the patterned carpet near the bar, stood the massive shouldered presence of Senate President Steve Sweeney (D-3).

“Anything I can do to help,” he told Princeton plasma physicist Andrew Zwicker, whose hand he grabbed after introductions by Somerset County Democratic Vice Chairman Zenon Christodoulou and Booker minder Mark Matzen.

Zwicker is going to challenge for an assembly seat in LD16. 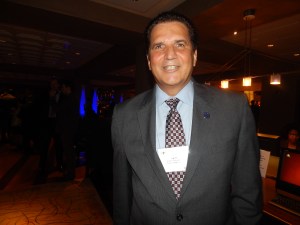 DiVincenzo, first appearance at the Walk to Washington bash in seven years.

Sweeney wasn’t on the train.

He hasn’t ridden the NJ Chamber Train for years.

“Once, years ago, I rode with [New York Times reporter] David Chen,” said the senate president.

A prospective candidate for governor in 2017, his calculation now seems to be to let Steve Fulop and Phil Murphy fall all over themselves on the Amtrak coach while he holds stately court here at the end of the rainbow.

“It’s going to be a long campaign,” Sweeney told Essex Democrats last month in Newark when someone remarked to him that he didn’t appear overly animated and lacked the kinetic, perpetually handshaking appearance commonly associated with gubernatorial candidates.

The scene on the apron of the bar.

Moments before disappearing into the muted colors swirling around the bar at the Wardman, he fell into an embrace with Senator Paul Sarlo (D-36), his north country ally. 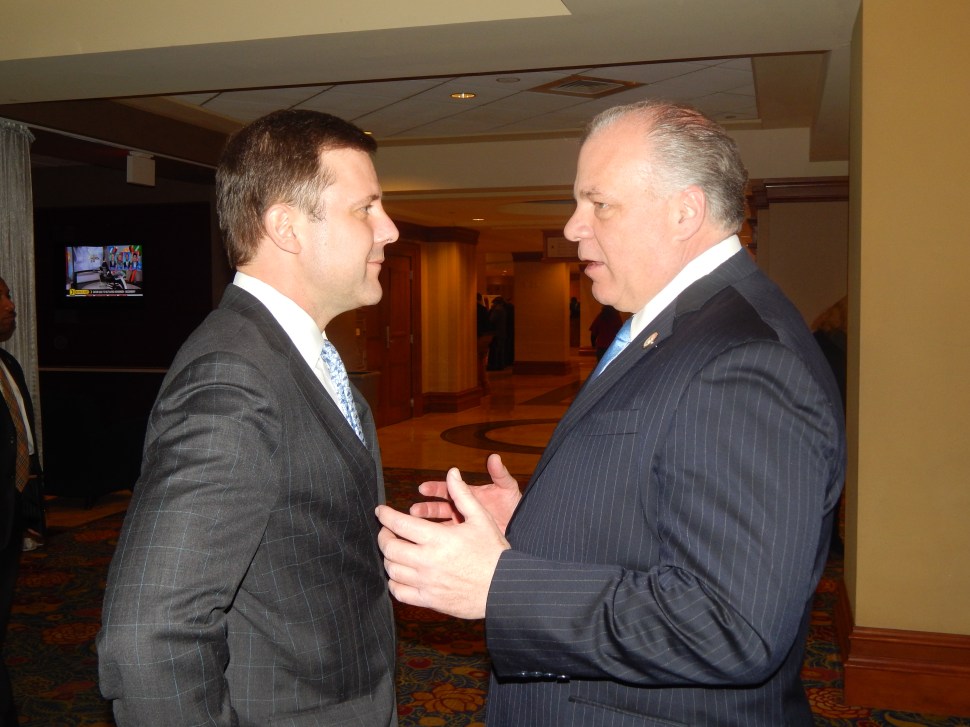 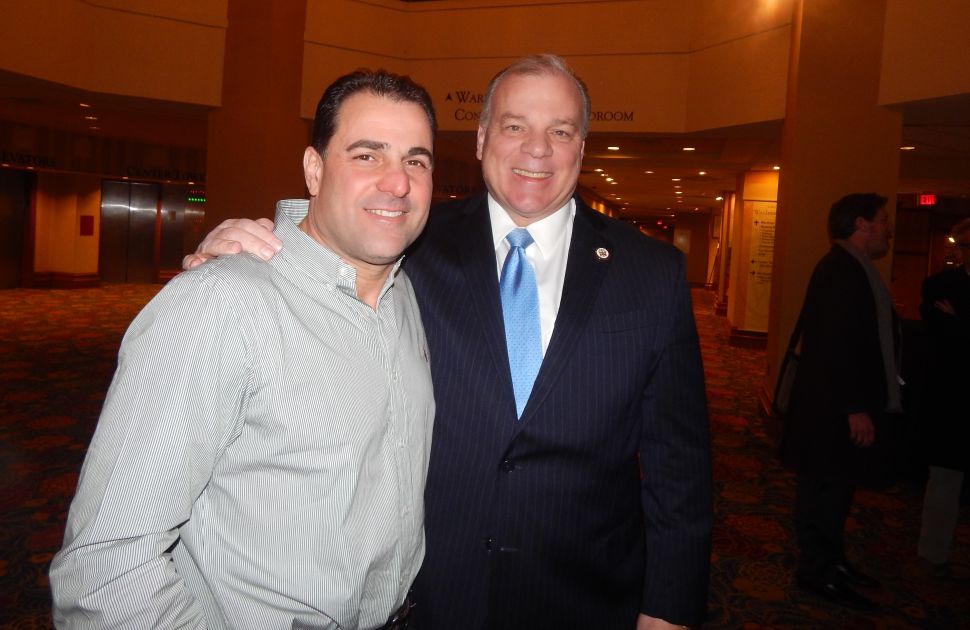