Slick as okra and shiny as a new nickel, Focus is a romantic tall tale about con artists at the top of the ladder balancing their equilibrium without getting knocked off. It’s beautifully photographed and entertaining, with charming performances by Will Smith and newcomer Margot Robbie that tease and tantalize. You won’t be bored.

He’s a pro who could steal the fangs from a snake without a bite. She’s a sexy novice who becomes his star pupil before they join a gang of high-stakes thieves who descend upon New Orleans on Super Bowl Sunday. The repartee thrusts and parries in an endearing way. (“I don’t have eyes in the back of my head” / “Well if you’re gonna stay in this game, you better grow a pair.”) From credit cards to identity theft, the movie has you believe there’s a thief in every hotel room in the French Quarter. Before they move in for the kill, we get a delicious tour of the Crescent City and he teaches her a few extra tricks where all she sees is the bedroom ceiling.

Once she graduates, she’s in love and ready to steal everything from the money in your wallet to the gold in your teeth. But everything pales compared to the pain she feels when he steals her heart and leaves her in the back seat of a getaway car. Years later, their paths cross again, in Buenos Aires. This time it’s her turn to con him. Mr. Smith has never been palmier. Ms. Robbie (who crashed upon the scene as Leonardo DiCaprio’s crafty playgirl wife in Martin Scorsese’s The Wolf of Wall Street) is delectable as his foil. And an endless supply of stolen money provides them with a lot of beautiful things to look at—gorgeous clothes to wear, lacquered manicures and sculpted bodies to bare, sumptuous hotel suites to make love in, and glamorous sports cars to drive. What’s not to like?

He knows how to trigger everyone’s weakness. With women it’s emotion. With men it’s greed. They’re a great team, and when the going gets rough and the cops and the thugs move in, it’s an ultimate thrill to have a partner in a bikini who can think faster and apply a bandage to a gun wound better. The film is complex, with more curves than a carnival midway ride, but every character is written with a twist that pays off by the writing and directing team Glenn Ficarra and John Requa, who made another underrated romantic comedy, Crazy, Stupid, Love, that deserves to be seen again. The wonderful cinematography by Xavier Grobet is so consistently good that you never want to look away, and it feels terrific to hear a score full of Latin jazz instead of pedestrian rock songs like the horrors on display at last week’s mind-numbing Oscar show. Gerald McRaney, B. D. Wong and dashing Rodrigo Santoro from the 300 films make riveting tertiary contributions.

It’s not history in the making, but the first thing a sleight-of-hand mercenary will teach you is “Never lose focus,” and Focus never does. 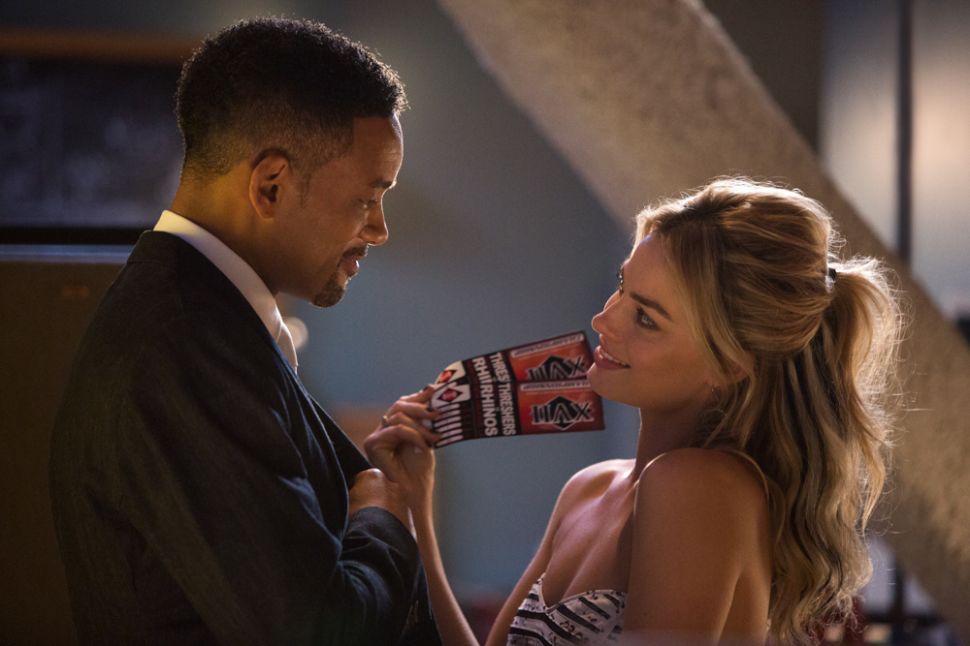