Six months ago, the race for the Republican nomination for President in 2016 seemed to be wide open. The field was both large and deep with numerous governors, senators, current and past, exploring the possibility of running and appearing as plausible candidates. People like Ted Cruz, Marco Rubio, Scott Walker and Chris Christie seemed poised to put together strong campaigns, while Rand Paul appeared to have a large, if limited, base of support. Mitt Romney, Mike Huckabee and Rick Perry, names more frequently associated with the Republican past, were also exploring campaigns and looked like potentially formidable candidates. Additionally, Ben Carson, a well-known doctor and author who has never held elective office, had begun to make some waves among the Party’s conservative base.

The Republican primary seemed to be moving towards a crowded and competitive race with the possibility of many candidates winning a primary or caucus or two and no certainty at all about who the eventual nominee would be. Today things look very different. Jeb Bush’s entrance into the race fundamentally changed the campaign, but his early fundraising success, described by The Washington Post as “overwhelming dominance in the race to line up financial backers” has had a bigger impact. Mr. Bush is now the clear frontrunner.

Other recent developments have also bolstered Mr. Bush’s candidacy and may lead to a Republican primary season that is shorter and less exciting than anticipated. Mr. Bush is running against the entire field of Republican presidential aspirants, but his first challenge was to emerge as the leader of the more moderate establishment wing of the Party. Mitt Romney’s decision not to run, a decision undoubtedly influenced by Mr. Bush’s emergence as a strong candidate, as well as the struggles that Chris Christie has encountered, paved the way for Mr. Bush’s ascension. He may not ultimately win the nomination, but it is apparent that he will be the last establishment Republican candidate standing; and possible that by the time of the Iowa caucus, he will be the only establishment candidate in the race.

Rand Paul is anything but an establishment Republican. His views on everything from foreign policy to domestic policing place him out of the mainstream of his party. Nonetheless, Mr. Paul, who has a strong following among the more libertarian-inclined voters, would benefit both from a crowded field and a divided vote. It is possible to win a primary with 25 percent of the vote in an eight candidate race, but in a smaller field with only one establishment candidate, Mr. Paul will have a difficult time defeating Mr. Bush in any state.

The Republican primary will be defined not by the libertarian or establishment wing of the party, but by the more conservative activist wing. This is the largest grouping within the Party, but there are many candidates, including Governors Huckabee, Walker and Perry, Senators Cruz and Rubio, Mr. Carson and potentially several others competing to represent right-wingers. If several of these candidates stay in the race, the conservative activist vote will be divided. This block is not so big that if it is divided among four or more candidates, each getting even at least five percent of the vote, Mr. Bush will be prevented from getting a plurality of votes in most states.

A few months ago the Republican primary seemed heading towards a showdown between several very conservative candidates. Now the race may come down to whether the conservative base can rally around one champion. For example, Mr. Walker, Mr. Huckabee or Mr. Cruz are all potentially strong candidates if they are in a three way race with Mr. Bush and Mr. Paul, but if they have to spend most of their efforts trying to break through from a group of three or more conservative candidates, the primary will be Mr. Bush’s to lose.

The almost simultaneous departure of Mr. Romney from the race and plummeting fortunes of Mr. Christie has meant that there is now one establishment candidate, one libertarian candidate and a bevy of far right candidates vying for the Republican nomination for President. If that remains the basic contour of the race, Mr. Bush will likely be the nominee and could wrap up the nomination after only a few states have held primaries or caucuses.

That said, a lot can happen over the next 18 months. Mr. Bush could stumble badly. A candidate like Mr. Walker could consolidate the conservative base, win the Iowa caucus and defeat Mr. Bush. Senator Paul could expand his appeal beyond his libertarian base, particularly in states with open primaries, or one of several other scenarios that are bad for Governor Bush could unfold. However, a central, and kind of boring, truth about presidential nominating campaigns is that frontrunners, particularly those who are able to raise real money, usually win. For every Hillary Clinton who stumbled in 2008, there are several Mitt Romneys, John McCains, Bill Clintons or Al Gores who start out as the frontrunner and end up as the nominee, and sometimes even as President.

About a year ago there began to be grumblings, and concern expressed by some, that the U.S. might be heading towards another Clinton-Bush election. We are now moving towards not just a Clinton-Bush election, but the possibility that the newest representatives of both these families will get nominated in essentially noncompetitive primaries. There may be good political reasons why this is occurring, but it does not look good, particularly for a country that regardless of who wins in 2016 will continue to lecture the rest of the world about democracy. 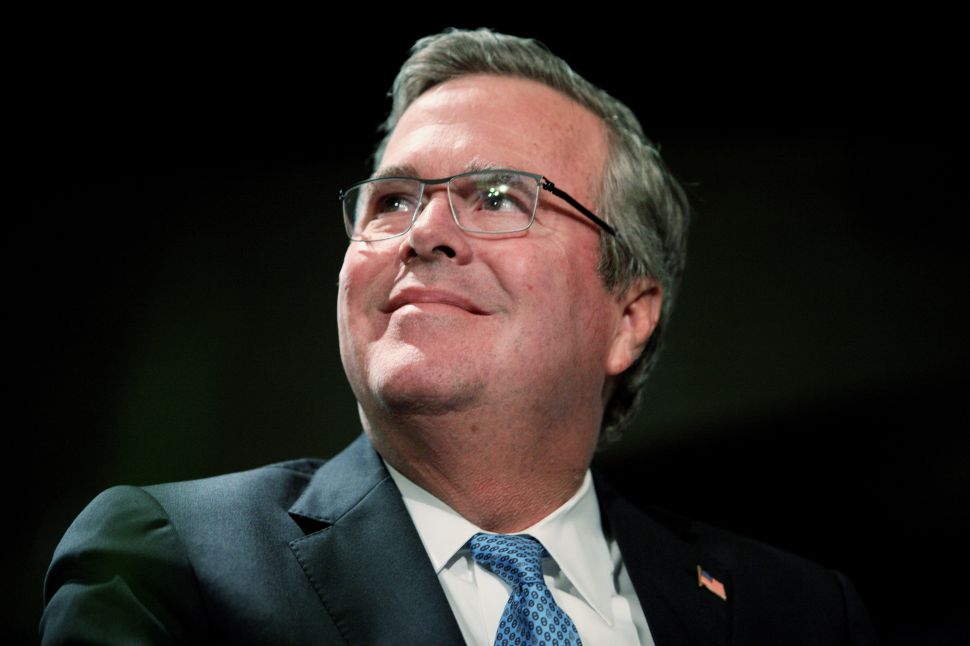