A group of divers in Israel has discovered almost 2,000 ancient gold coins—the largest cache in the country’s history—off the coast of the city of Caesarea, the Israel Antiquities Authority announced Wednesday.

The coins have been at the bottom of the Mediterranean Sea for about 1,000 years, said Robert Cole, a numismaticist for the Israel Antiquities Authority. (Apparently “numismatic” means “of, relating to, or consisting of coins, paper currency, and medals,” and a numismaticist is a coin expert. Mind. Blown.)

“There is probably a shipwreck there of an official treasury boat which was on its way to the central government in Egypt with taxes that had been collected,” Kobi Sharvit, director of the Antiquities Authority’s Marine Archaeology Unit, said in a statement. “Another theory is that the treasure was money belonging to a large merchant ship that traded with the coastal cities and the port on the Mediterranean Sea and sank there.”

The majority of the coins were forged in Egypt and North Africa and have been traced to the 10th- and 11th-century Fatimid caliphs Al-Ḥākim and Al-Ẓāhir. The coins are still in near-perfect condition because gold isn’t affected by air or like other metals, the Antiquities Authority said. In a super cool example of the fact that there were real people who lived a millennia ago, some of the coins have bite marks, probably from people examining their authenticity.

The market for rare coins hit record highs last year, according to the Professional Numistmatists Guild. In the U.S. alone, the rare coin market accounted for a total of $5 billion in sales in 2014. 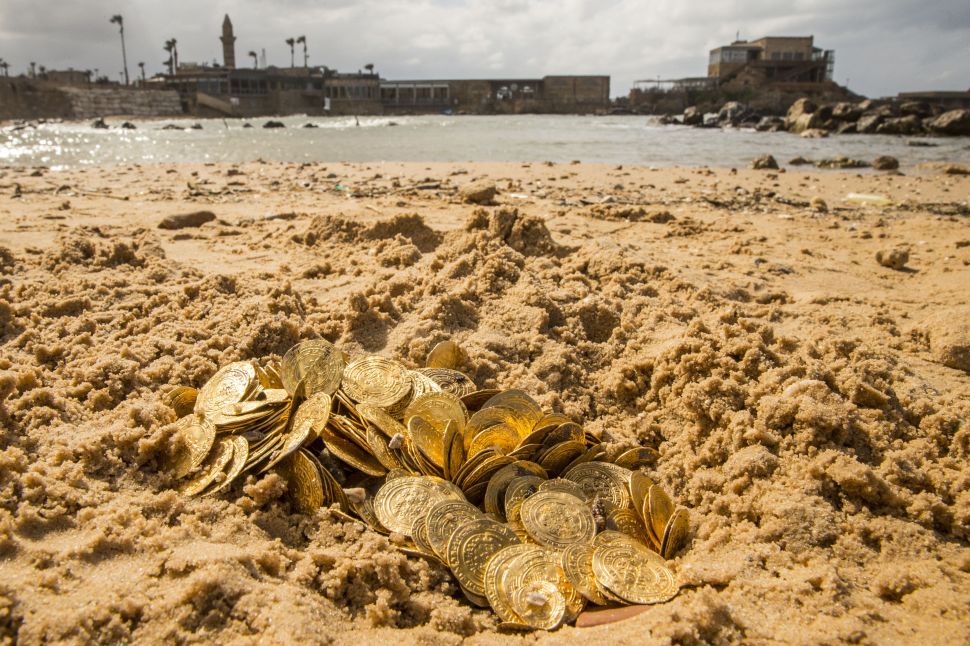