Hate the idea of CrossFit? Guess what: it might be time to give the oft-criticized workout a chance.

Despite CrossFit’s penchant for deafeningly loud workout routines and its contingents of irritating paleo dudes, it also might come with a distinct advantage: singles who do CrossFit have more sex than singles who do any other form of workout.

That, at least, was one of the findings of Match.com‘s annual Singles in America study, which examines “the ways in which adult singles of all ages, ethnic backgrounds and regions date and communicate in a tech-savvy world,” according to a release. The study found not just that CrossFitters have more frequent sex, but that they also go on more dates than singles who partake in any other form of exercise.

Why, exactly, do singles who do CrossFit get so much action? Dr. Helen Fisher, Match.com’s chief scientific advisor, suspects it has something to do with all the rapid, intense feats of strength.

“Any kind of muscle-building exercises drive up the testosterone system in the brain,” Dr. Fisher told the Observer. “Testosterone is the hormone of sexual desire. It is the only true aphrodisiac.”

Dr. Fisher speculated that after a good CrossFit workout—typically filled with tire-flipping, dead lifts, Olympic weight-lifting, and other serious muscular activity—singles “will probably come out of there having some sexual feelings.”

According to Match.com’s findings, 45 percent of singles who did CrossFit had sex at least once a month in 2014, meaning they had more frequent sex than singles who did any other form of exercise, including yoga, running and Zumba.

The study also found that of all singles who went on at least one first date last year, 55 percent of them named CrossFit as the form of exercise they did most frequently. In this category, CrossFit beat out other top contenders like running (54 percent), “group sports” (52 percent), and barre (51 percent).

If you’re still not sold on CrossFit, fear not; exercise of any kind, Dr. Fisher said, will help bring love and romance into your life. Not only does it give you more energy and optimism, but it can also make you more proud of your body—”more willing to show it off.”

“It’s all a wonderful biological soup,” she said, “for heading to the bedroom.” 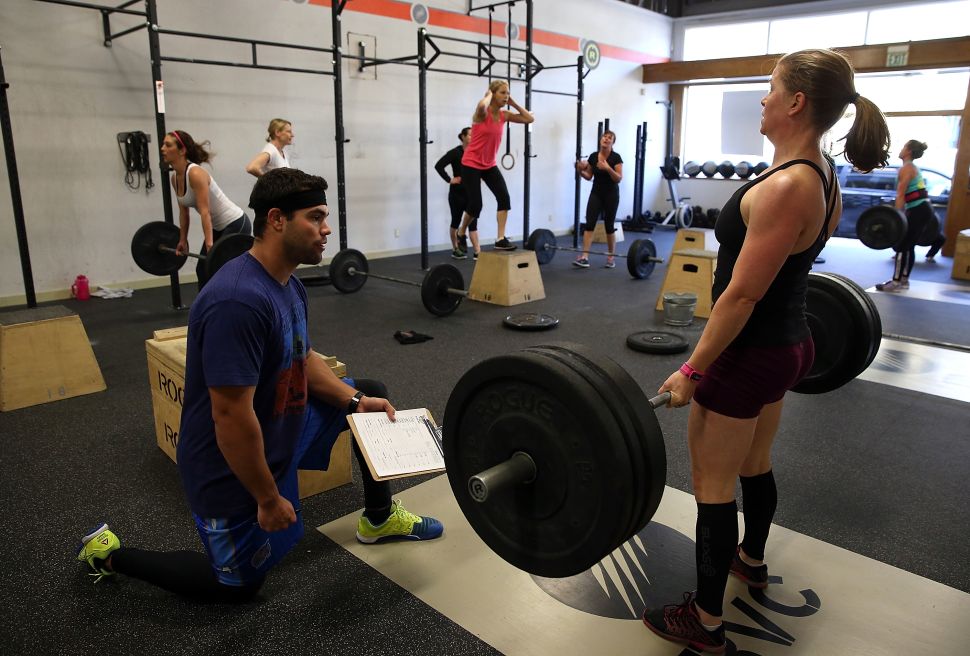