What exactly are you reviewing when you review Jeff Bridges’ Sleeping Tapes? Yes, it’s an album in the traditional “collection of songs” sense, but it’s an album made to raise money for charity, so whether it’s good or bad or interesting or not is almost a moot point when 100 percent of its pay-what-you-want revenue scheme goes to No Kid Hungry, an organization that seeks to end child hunger in America.

Even if this record were nothing but Jeff Bridges yelling inarticulately from across his front yard, you’d still have a compelling reason to buy it, because hungry kids are a sad concept to wrap your head around, and helping others and/or absolving yourself of guilt for super-sizing anything ever is ultimately better than feeling like you didn’t get your money’s worth because of someone else’s hyperbole. It’s not like reading a favorable review of a new Flaming Lips album, downloading it, and then feeling cheated when it didn’t meet your expectations, in other words.

So it’s an album that’s worth buying because, starving children, but it’s also a commercial for a build-your-own-website platform; if you’re aware of Sleeping Tapes, it’s possibly because you saw an ad featuring Bridges in maximum Duderino mode, sitting in a bedroom next to a sleeping couple, chanting om and playing one of those Tibetan singing bowls. It’s weird enough to be a Skittles ad, but instead of a shower of candy shooting out of the bowl, a URL fades in: dreamwithjeff.com, followed by Squarespace’s brand signage.

The album is essentially Jeff Bridges, quietly, creakily musing on things like sleeping and waking, the irony of waking his wife up to record her for a tape that’s supposed to induce slumber, and whether or not people can meet in dreams. In the latter case, he’s asking a child, and his opinion is enthusiastically “yes.” He tells rambling stories and says funny things like “Sleep, of course, implies waking up. Tapes, imply recording, yeah?” that make you wonder if the separation between Jeff Bridges and Jeffrey Lebowski even exists.

He reads a brief science fiction story about his future remains being interred in a satellite that flashes when it flies above a significant place, “…like that bar in Redondo Beach where we first met. Or IKEA.” “Whimsical” isn’t the really the right word, even when Bridges is talking to little kids, and neither is “trippy”—if you could turn a glass of whiskey sitting on the armrest of a Barcalounger in front of a fire into a voice, it would sound like Jeff Bridges, and underneath those warm, leathery tones, ambient music and field recordings ebb and flow like a moonlit tide. It’s funny and comforting. If you don’t fall asleep, you at least feel like you’re having a lucid dream about walking around at night in a forest with Jeff Bridges. It’s what you would want to hear when a mushroom trip takes a turn toward the intense.

Sleeping Tapes is strange and oddly enjoyable, but what’s really fascinating is the effective synergy between the album and the brand’s campaign. Ordinarily, an artist shilling for a brand is less respectable, but in this case, the brand gets a pass because it’s helping to promote a charitable organization. And Jeff Bridges, patron saint of bathrobed stoners that he is, benefits from the brand, because otherwise, his making an ambient album flies dangerously close to Matthew McConaughey naked bongos territory. I mean, nobody would ever make fun of the Dude for doing something that’s pretty Dudeish, but the brand and the charity help make his artistic endeavor seem more real. 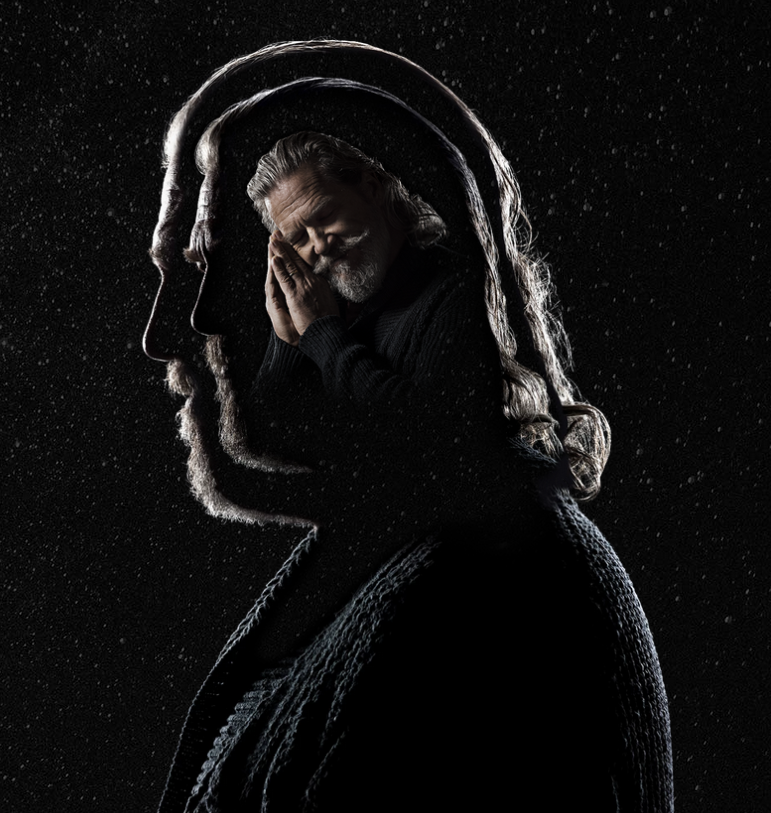