AMSTERDAM—We were simply standing outside, about five of us, speaking innocently after services, when the security guard walked over for the second time and told us to disperse. “It’s not safe to congregate here.” Welcome to Europe, where just standing outside a Synagogue can get you killed.

My wife and I had come to Amsterdam for the new Anne Frank play at The Amsterdam Theater. Next month is the 70th anniversary of her death which occurred at Bergen-Belsen just one month before she would have been liberated. The production is moving, disturbing, and glorious, deserving to become a place of pilgrimage.

We had gone to the famed Portuguese Synagogue, built in 1675, for the Sabbath morning prayers and congregants were asking me what I planned to speak about that night in a community-sponsored lecture. It was then that we were told that Jews standing outside a Synagogue put us at risk of attack.

And so it went throughout our trip.

The Jews of Europe feel unsafe and exposed. At my Saturday night lecture there was a consensus from the assembled audience—nearly all children of holocaust survivors in a community where eighty percent of the Jews were murdered – that European Jewry had no long-term future.

Few, if any, wear yarmulkes outside anymore. Many advised me to conceal mine.

In France I was speaking to a group of young people about the Charlie Hebdo attacks. Ten minutes after I walked off, one of them came over and told me about the morning minyan at the Shul. I was amazed he was not just Jewish but observant. “Why didn’t you mention you were Jewish the whole time I was speaking to your friends?” He gave me a quizzical look. Do you really need to ask?

You’d think that amid American and Jewish concern for the Jews of Europe those who live here would have a more positive outlook as to their future. They do not.

Anti-Semitism was the main subject on everyone’s mind. “The people here hate us in their blood. It’s passed from generation to generation. They’ll never get over it.”

“Are you seriously suggesting,” I asked, “that anti-Semitism is genetic, that one day scientists will identify the anti-Semitic gene?”

They did not retreat.

In my speech to the community, as well as many press interviews, I was adamant that the Jews of Europe cannot be pushed out. If they choose to go to Israel it should be out of love for the Holy Land and a desire to live in a sovereign Jewish state. Not because the governments of Europe refuse to protect them. Aliyah should be driven by a desire to live a more Jewish life rather than suffer a European death.

My words became a full-page story in Amsterdam’s leading newspaper. “The Jews of Europe are fully-fledged citizens. They deserve and must receive the full protection of their governments. If Jews are coerced into emigrating because they are not safe it will betray the hypocrisy of Europe and its claims to being an open and tolerant society.”

The Jewish community of Amsterdam is currently embroiled in a battle with the Dutch government over who should pay the bill for police protection. The government was about to pull funding for communal protection last month when the Paris Kosher market massacre occurred. It has been extended only until the summer.

I publicly criticized the Dutch government’s decision and encouraged the Jewish community to do the same. “A government’s first responsibility is to protect its citizens. Telling the government you’re running to Israel absolves it of the responsibility to root out terror and protect Jewish targets.”

Being interviewed by a journalist about the Anne Frank production and why I thought it so important, I said, “Anne Frank is the most famous Dutch personality of modern times. And she’s a Jew. Don’t you find that incongruent? That eighty percent of Dutch Jews did not survive the holocaust, when 99% of Danish Jews did survive because their fellow countrymen rescued them. Don’t you think the ‘why’ question of how so many Jews died here has to be explored? Four brave Dutch people fed the Frank family in their two years of hiding before they were betrayed by a Dutchmen. But why weren’t there more people working to save the Jews?” The only community to have lost a greater percentage of Jews was Poland.

“But there is no anti-Semitism in Holland,” she told me. “We’re the most liberal-minded people in the world.”

“If you believe that,” I asked her, “then tell me, Which is a more sinister country. Iran or Israel?” She thought hard but could not make up her mind.

“Imagine that,” I said. “Go to any of your friends and tell them, ‘I hate your mother, I think your father is wicked, I detest your brothers and sisters and think your whole family is rotten. But I like you. You’re not one of them. Tell me if your friend will feel loved. That’s what you’re doing with Israel. We hate the Jewish state. We have an irrational dislike of Israel, against all the facts. But you Jews in Amsterdam aren’t like them. You are good Jews, unlike the Israelis.”

“Do you realize,” I asked, “that if Israel were in existence in 1942 Anne Frank would be alive? Her father would have emigrated to Israel from Germany rather than Holland. And they would have survived, unless European critics would have castigated Israel for fighting to protect Jewish life back then, and demonized the IDF. We’re tired of seeking your permission to protect Jewish life. It’s going to happen with or without your blessing. It is disgrace to Europe that their Jewish citizens feel they must flee in order to survive.”

Since seeing the play and going to the Anne Frank house yet again, I’ve been wondering. If Anne Frank were alive today—and we visited one of her childhood friends—would she still have written, “In spite of everything I still believe that people are really good at heart?” Would she have said, “I simply can’t build up my hopes on a foundation consisting of confusion, misery, and death. I see the world gradually being turned into a wilderness, I hear the ever approaching thunder, which will destroy us too, I can feel the sufferings of millions and yet, if I look up into the heavens, I think that it will all come right, that this cruelty too will end, and that peace and tranquility will return again.”

What would she have thought of the resurgence of continent-wide anti-Semitism in Europe just seventy years after the Holocaust?

We do not know.

What we do know is that we who are alive must fight and resist this new strain of European anti-Semitism and lend dignity to the memory of the six million by never faltering in our responsibility to battle the new Jew-haters. 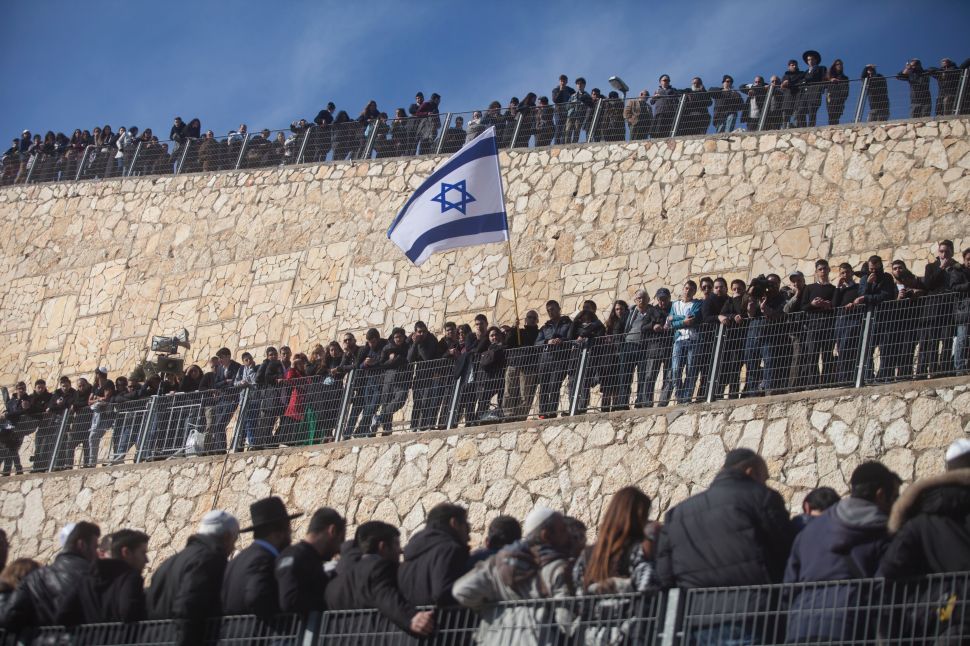