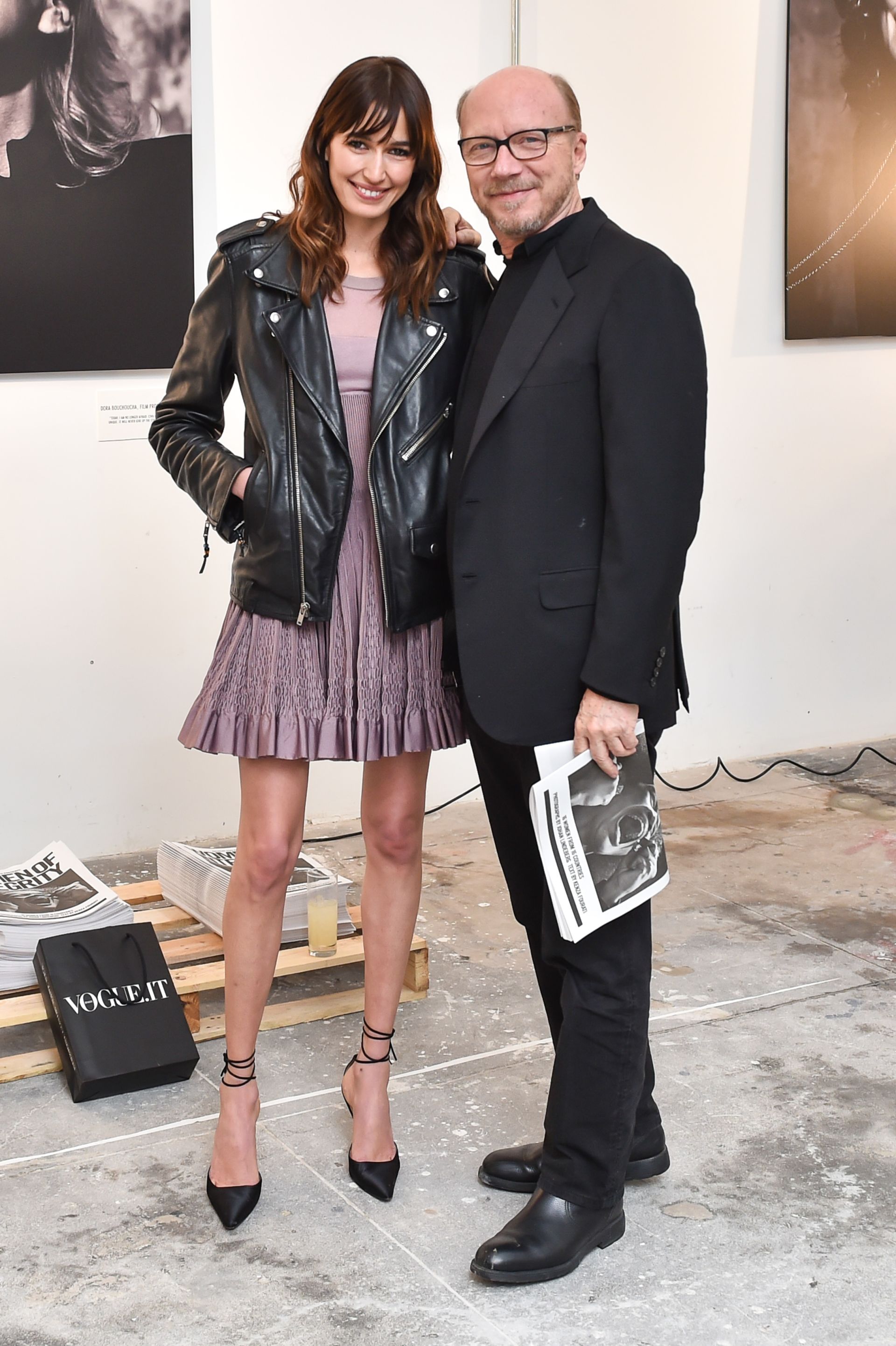 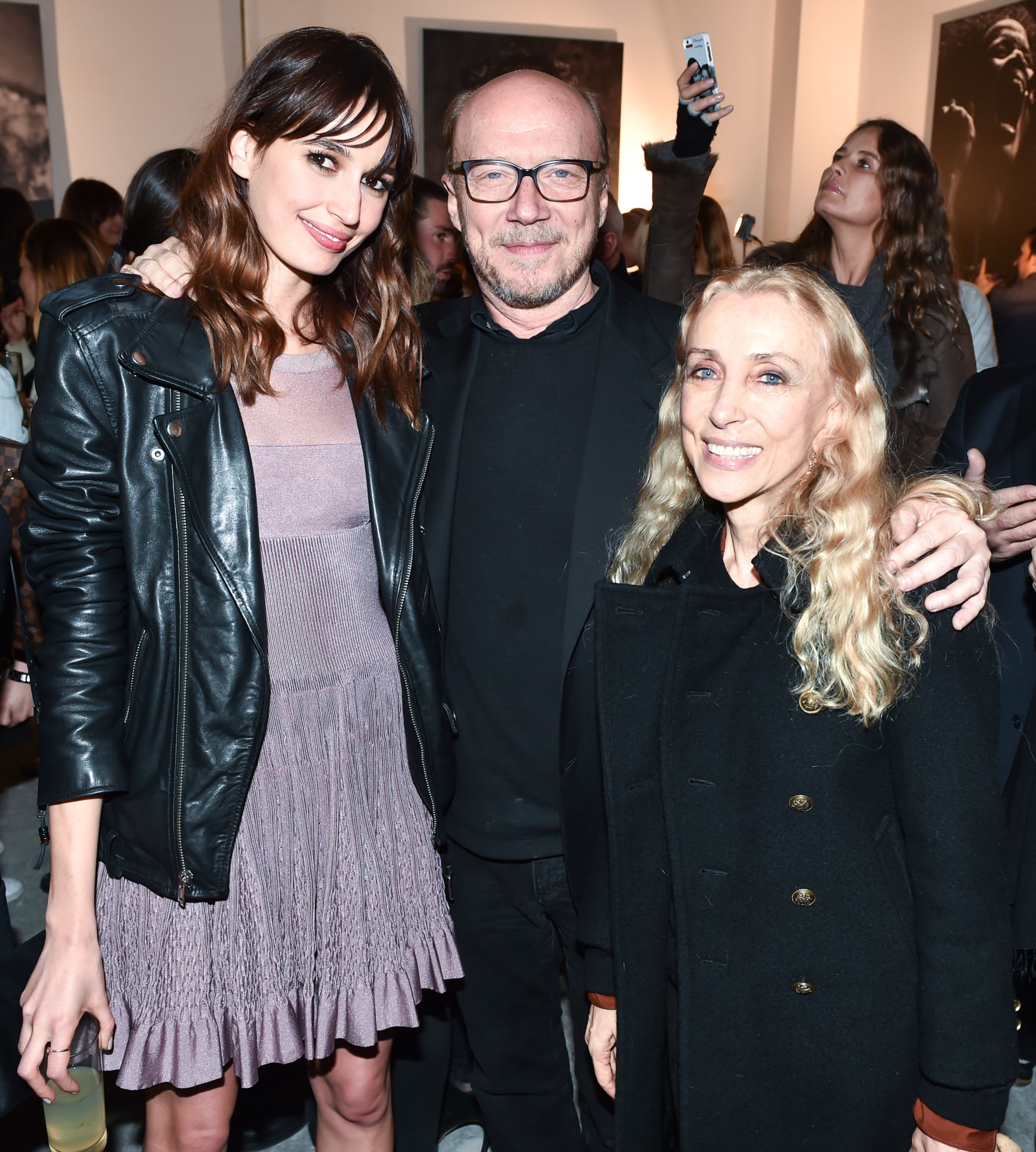 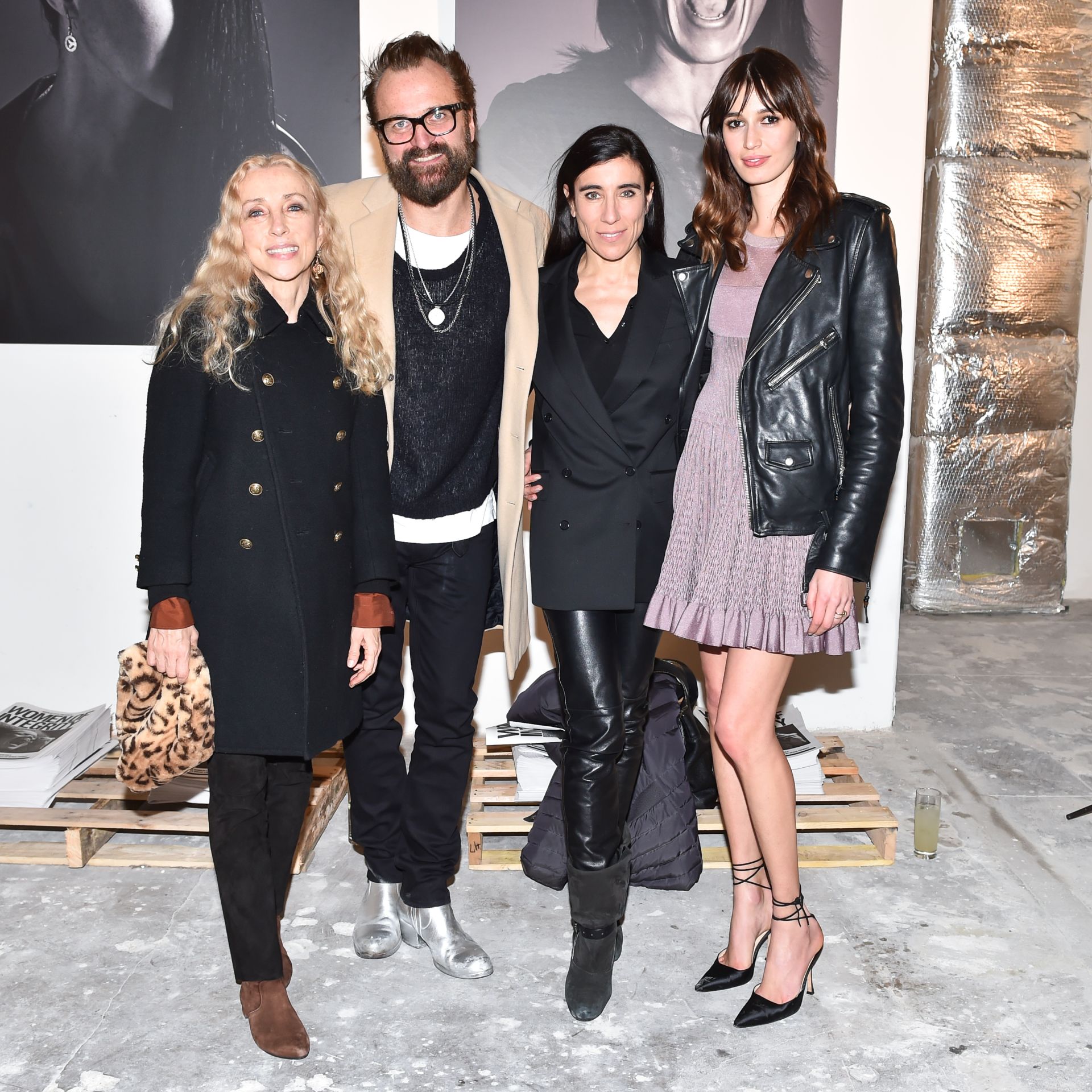 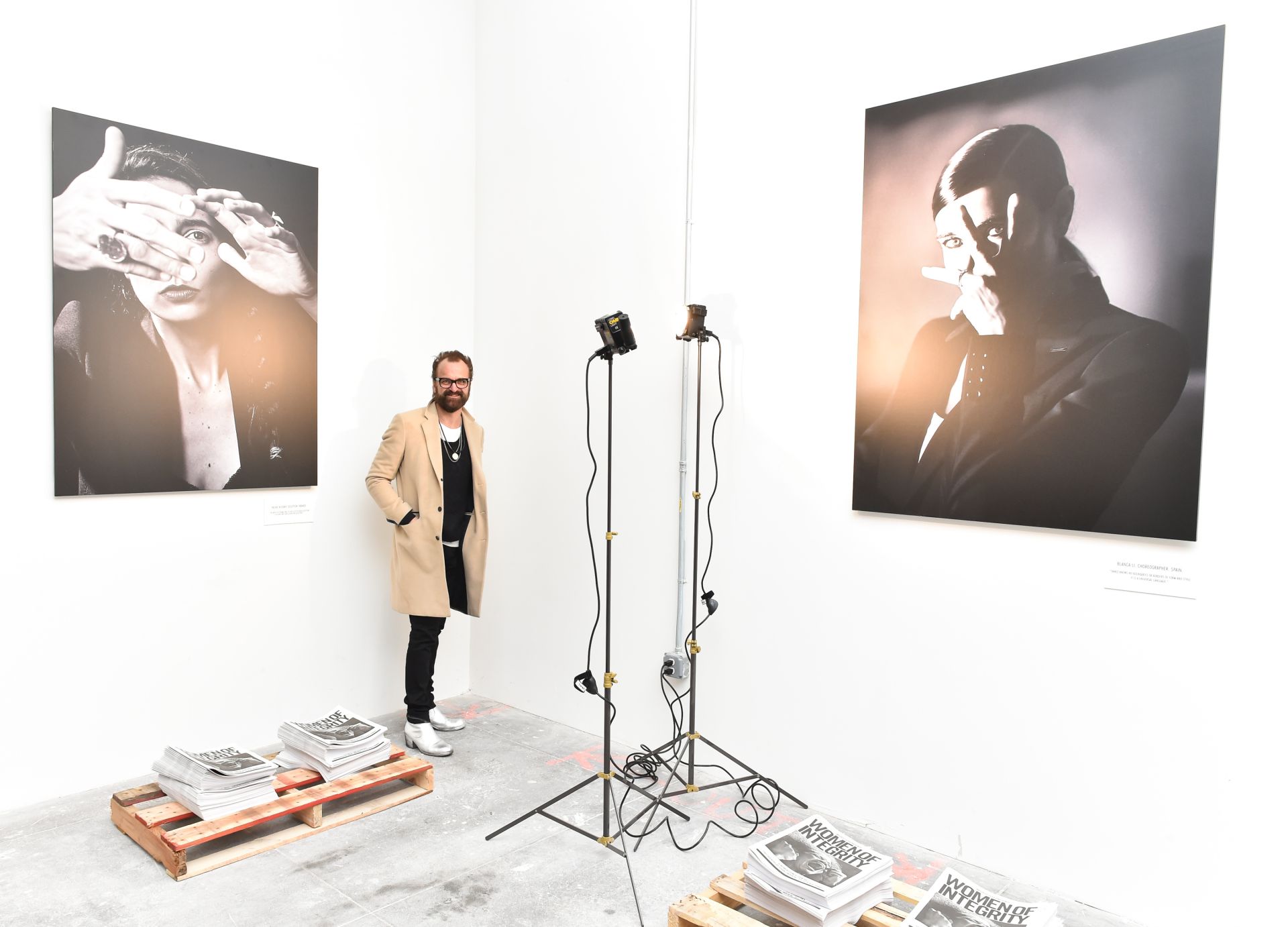 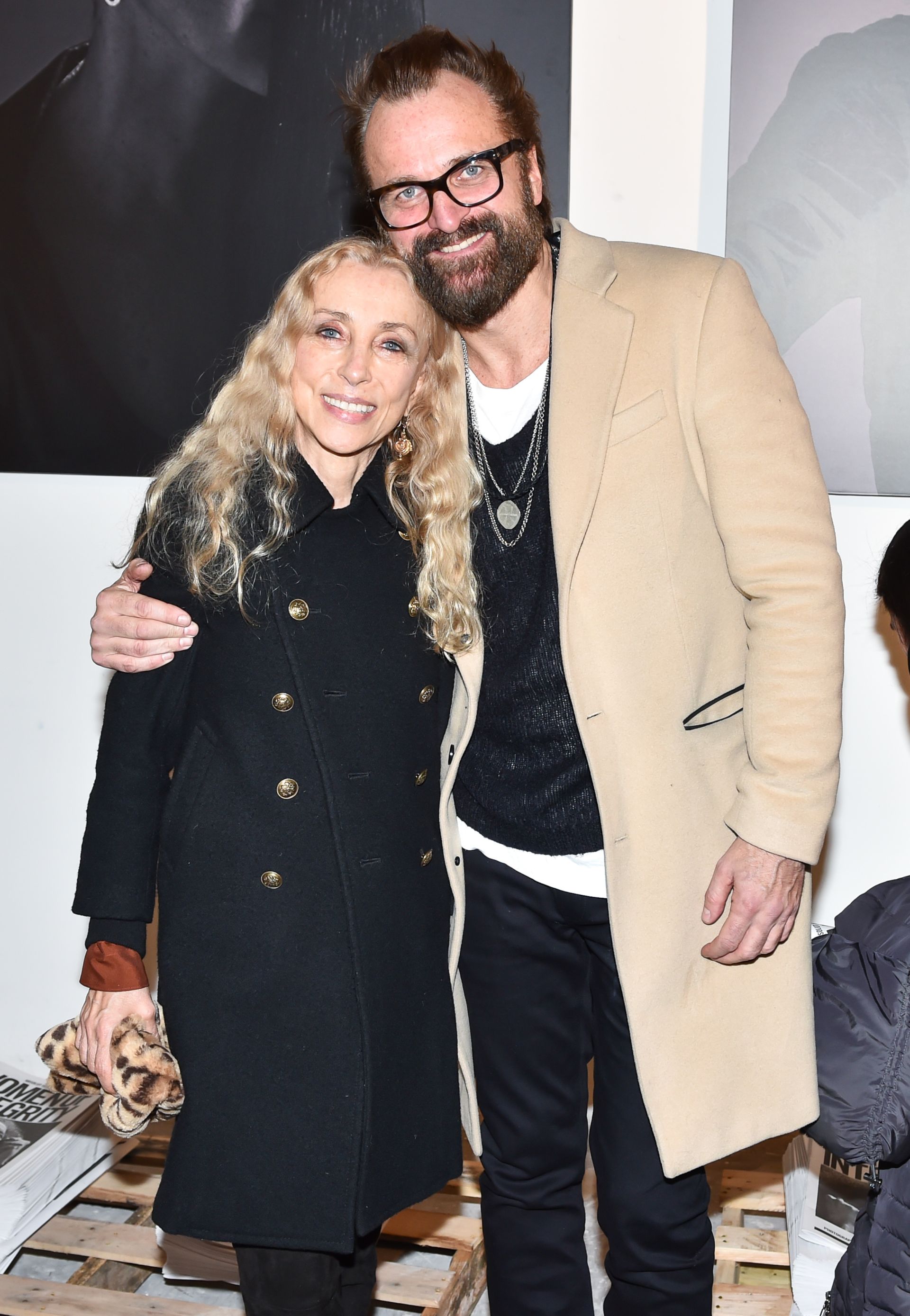 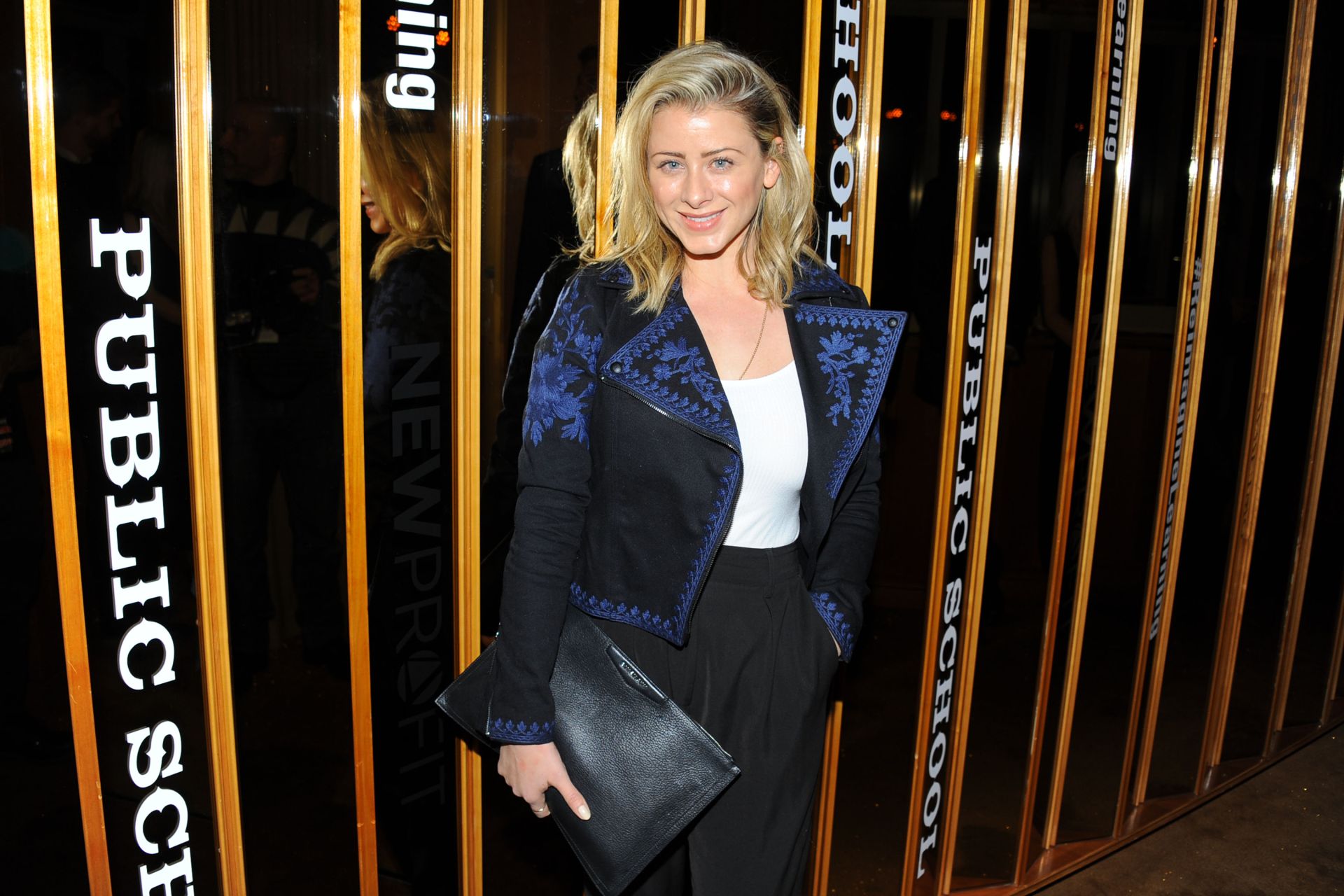 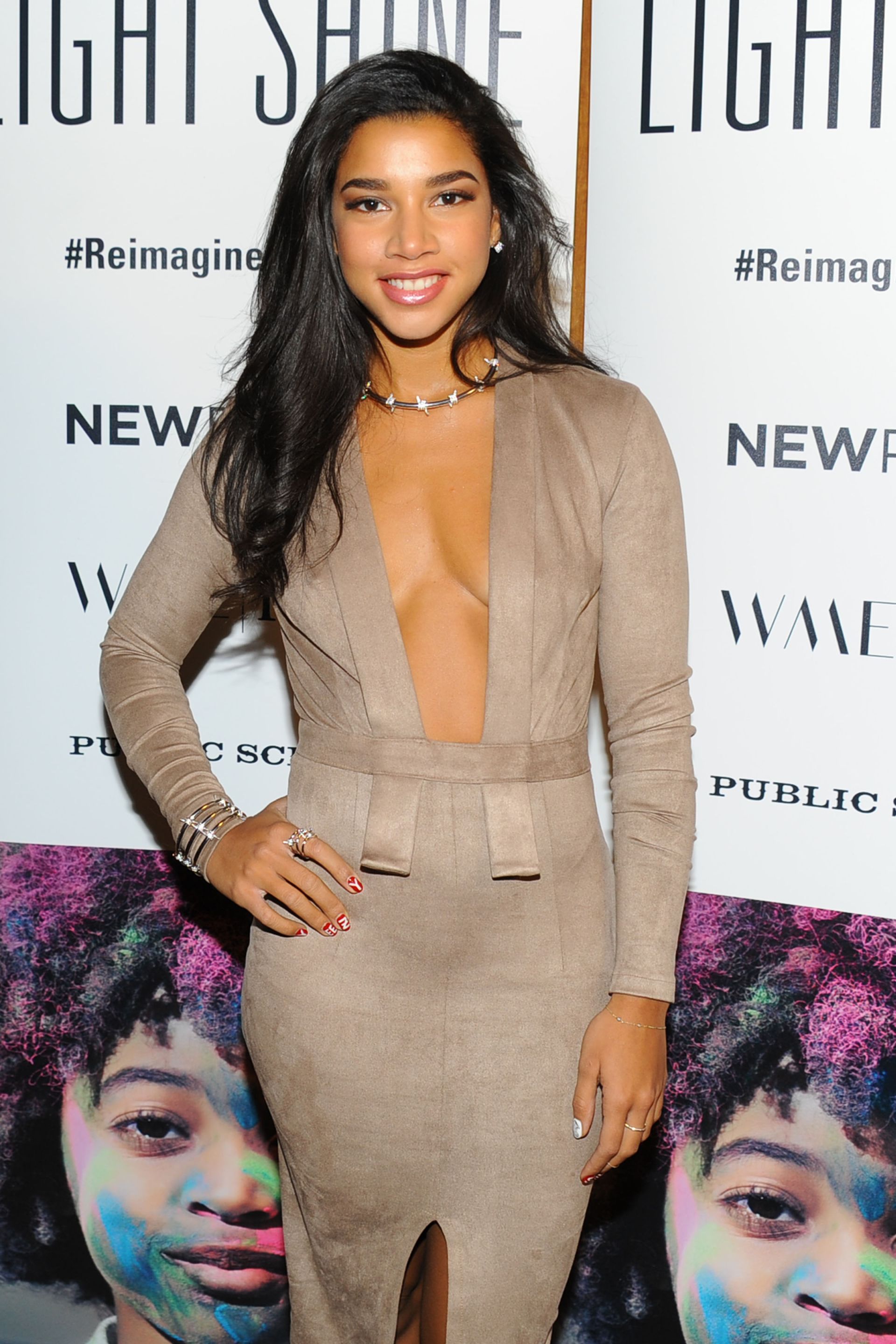 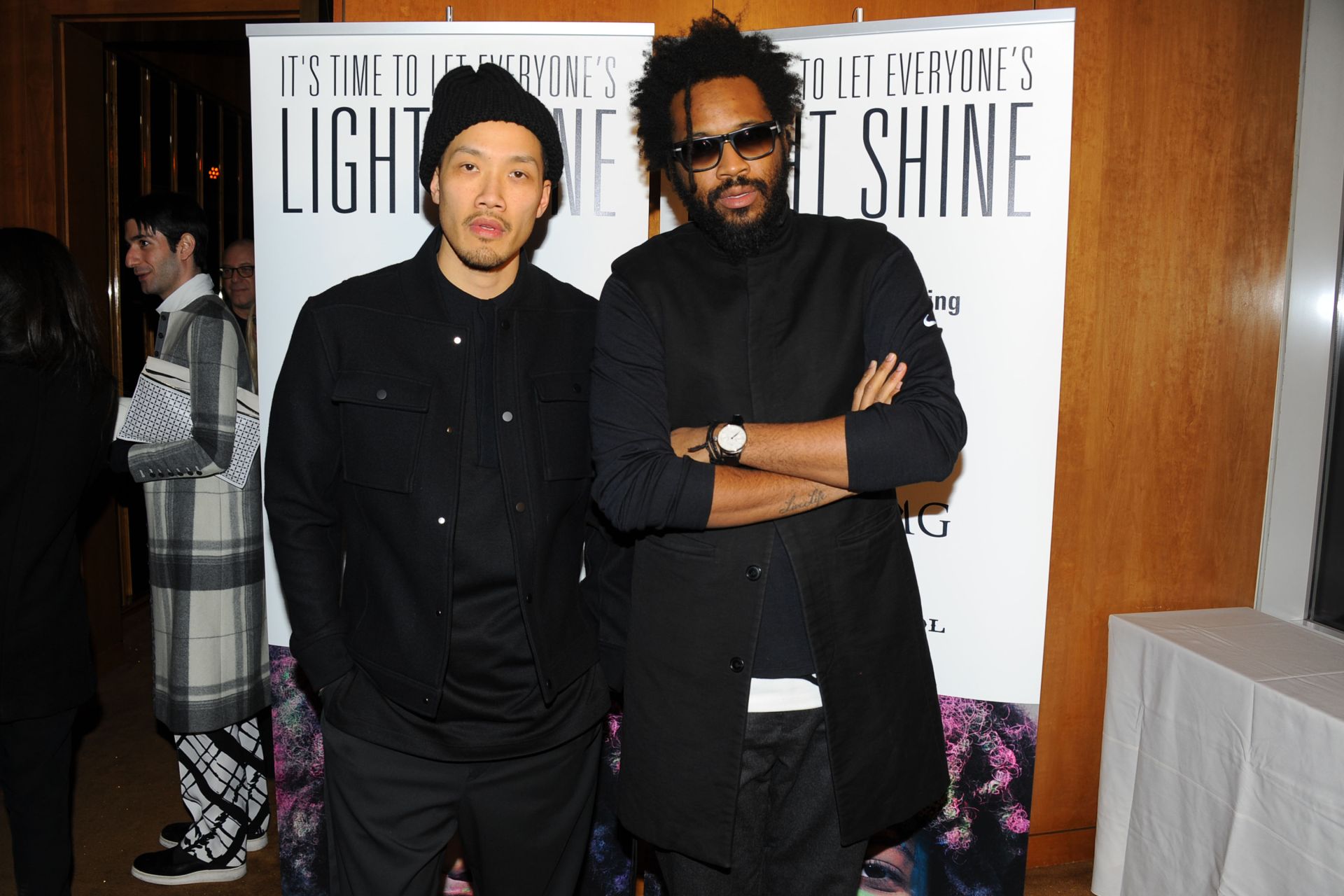 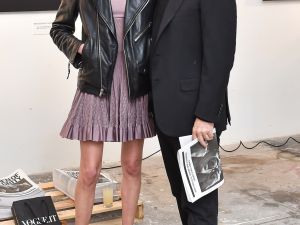 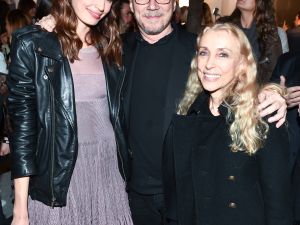 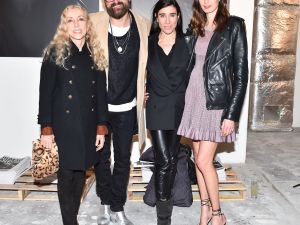 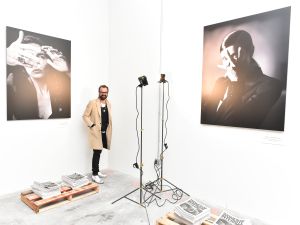 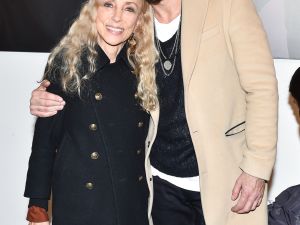 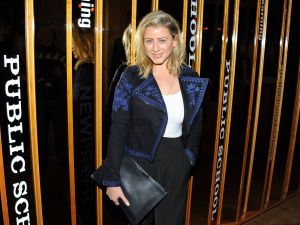 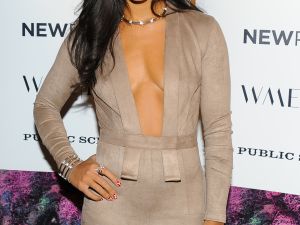 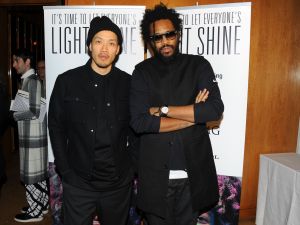 After Monday’s racious Purple Magazine dinner and party, last night was clearly a more buttoned up affair thanks to Italian Vogue and WME IMG. Starting off at Spring Studios was Vogue Italia’s fashion week moment with Johan Lindeberg and the magazine’s editrix, Franca Sozzani, who both made brief appearances to introduce a photo exhibition aptly title, “Women of Integrity,” comprised of sixteen women from sixteen different countries. The series of portraits gives an intimate look at powerful women, including Princess Rym of Jordan. “I sat down with Franca about 2 years ago in Paris, and we talked,” Lindeberg said. “I’m a massive feminist, and I think women should take over completely. I think the macho men have had too many chances. I think the women can take the lead now, it’s time. So, we found sixteen women from sixteen powerful counties. This was actually quite special to photograph. Princess Ryn of Aman in Jordan. Photographing a princess is hard. You have to break her, you know.” Lindeberg was also joined by Ben Watts, Andre Saraiva, Jefferson Hack, Stefanie Pia, Nur Khan, and rapper J. Cole.

The studio party was followed up by a benefit for the charitable arm of the massively successful, and newly merged, WME IMG at The Standard Hotel’s Boom Boom Room where John Legend and Public School designers Maxwell Osbourne and Dao-Yi Chao were tasked with raising money for the charity. During the opening remarks Legend’s wife, supermodel Chrissy Teigen begged for a seat. “I would kill to sit down right now,” she said whilst teetering in heels before joining her husband on the makeshift stage within the night club. Legend opened his performance by donating $25,000 to the cause, and delighted the crowd with his lesser known masterpiece, “Shine.”