While athlete-model romances are a tale as old as time (hi, Dennis Rodman and Carmen Electra), this Fashion Week, the worlds of sport and style got to know each other even better.

The NBA All Star Game coincided with New York’s fashion festivities for an entire weekend, resulting in plenty of basketball-fashion mashups throughout NYC, with pro players breathing fresh air into the same old fashion pack. Plenty of stylish ballers paired up with fashion titans to explore the relationship between what we wear on our bodies and what we do with them on the court.

Bloomingdale’s thought months ahead and partnered up with GQ, who tapped James Harden of The Houston Rockets to star in an advertorial styled by menswear titan Michael Nash. On Thursday, the ads came to life with Harden making a public appearance at the department store’s lower level men’s floor, where guys and girls fawned over his towering frame as he parted the seas of clothes made specifically for the store’s temporary NBA Shop.

“I really think the NBA players have taken it to another level and many of them are genuinely interested in fashion,” Bloomingdale’s Fashion Director Kevin Harter said. “James has the confidence to be bold and mix it up while always looking impeccably put-together. He has fun with his fashion choices and inspires men to take risks.”

The following evening, Barney’s opted to partner with basketballer Russell Westbrook of The Oklahoma City Thunder. The party held at The Gramercy Park hotel was billed simply as an event, “to celebrate his achievements in basketball and fashion,” with special thanks to Hennessy. “I love Barneys because I think they are a lot like me, they are fierce and their sense of fashion is cutting edge,” he said. “My essentials are a watch, a pair of Westbrook Frames, cologne and a great pair of black joggers.” During the week, Westbrook also touted a capsule collection of eyewear retailed exclusively with JackThreads and aptly named the collection, you guessed it, Westbrook Frames.

Later on, JR Smith of The Cleveland Caveliers posed alongside model/it-girl Gigi Hadid at The Milk Studios Penthouse where MADE and Maybelline hosted a “tipoff party.”

Ms. Hadid brought her adorably earnest brand of California sunshine to the penthouse, explaining to us that she knows all the ins and outs of basketball thanks to her tenure as manager of the boys’ team her junior and senior years of high school. She is more of a boxer herself, though, and also loves watching men’s college volleyball.

Ever the jock, she told us one of her favorite brands for activewear-inspired duds is Cushnie et Ochs. She described a dreamy Cushnie dress of hers that uses jersey paneling to give it a sporty edge.

“I’m really casual,” she said. “I love wearing, like, a jersey and a big coat and jeans and tennis shoes.”

Mr. Smith also knows a thing or two about jerseys, but he’s even more a fan of suiting and high-end casual wear. As it turns out, the New Jersey native and Cleveland Cavalier has been interested in fashion since middle school.

“I never had the nicest clothes,” he said. “I played basketball so I was in my sweats and stuff. I envied the kids who had nice clothes and dressed well. Whenever I got my chance, I knew this [being involved with fashion] was what I wanted to do other than play sports.”

The happy ending to this heartwarming tale: Mr. Smith became a big shot NBA player, got himself a stylist, and has attended New York Fashion Week four years running. This year, he put in appearances at all the right shows: Rag and Bone, Hood By Air, Public School. He’s also working on a line of hats.

Jenne Lombardo, a Made Fashion Week founder and the owner of The Terminal Presents, is responsible for bringing Mr. Smith into Milk’s über-cool orbit. She and the basketball player are friends, and she feels fashion and sports are inextricably linked.

“There’s no context to fashion without music, sports, art and design,” she said. “A lot of these guys have so many fans and so many young kids look up to them. They might not ever be able to be the best basketball player, the best football player, whatever. But they might have access to these guys’ clothes and walk in their shoes in some way, shape or form.”

The passionate sports fan confessed she was more excited for the NBA All Star game than she was for the weekend’s fashion shows.

“I love basketball,” she said. “I’m a hood girl. No disrespect, but funny enough, I’m not as into fashion as people would think.”

No stranger to Manhattan, former All Star player Carmelo Anthony of The New York Knicks took to his own soapbox on Saturday, back at Milk Studios, to introduce Fast AW15 under his Melo7 Tech Partners venture capital firm.

“I don’t think this will ever happen again with fashion week and All Star Weekend in the same place, and we get a chance to take advantage of both,” Mr. Anthony said. The exhibit, designed in partnership with Intel and Accenture, and labeled as a, “fashion x sports x technology experience,” treated guests to a tech exhibit with cutting edge consumer technology and an exhibit showcasing the evolution of Nike Jordans.

“I think it’s dope,” director Spike Lee said at the event of the weekend’s basketball-fashion crossover. “It’s smart for an NBA player to be doing this. It shows that he’s thinking about what’s after basketball, and also shows that he’s aware of what’s actually happening right now.”

Mr. Anthony himself took part in a panel, telling the crowd, “I think everyone is starting to have an open mind, and starting to realize that you must have wearable tech when it comes to sports. That’s the way that we get better.”

His mind may have been set on business, but pleasure took a front seat the next evening at Gilded Lily, thanks to Dom Perignon. Their “Lights Out!” bash partied into the next morning. By now, the various players have all retired back to their respective hideouts across the country, hopefully with some collaborations in the works. 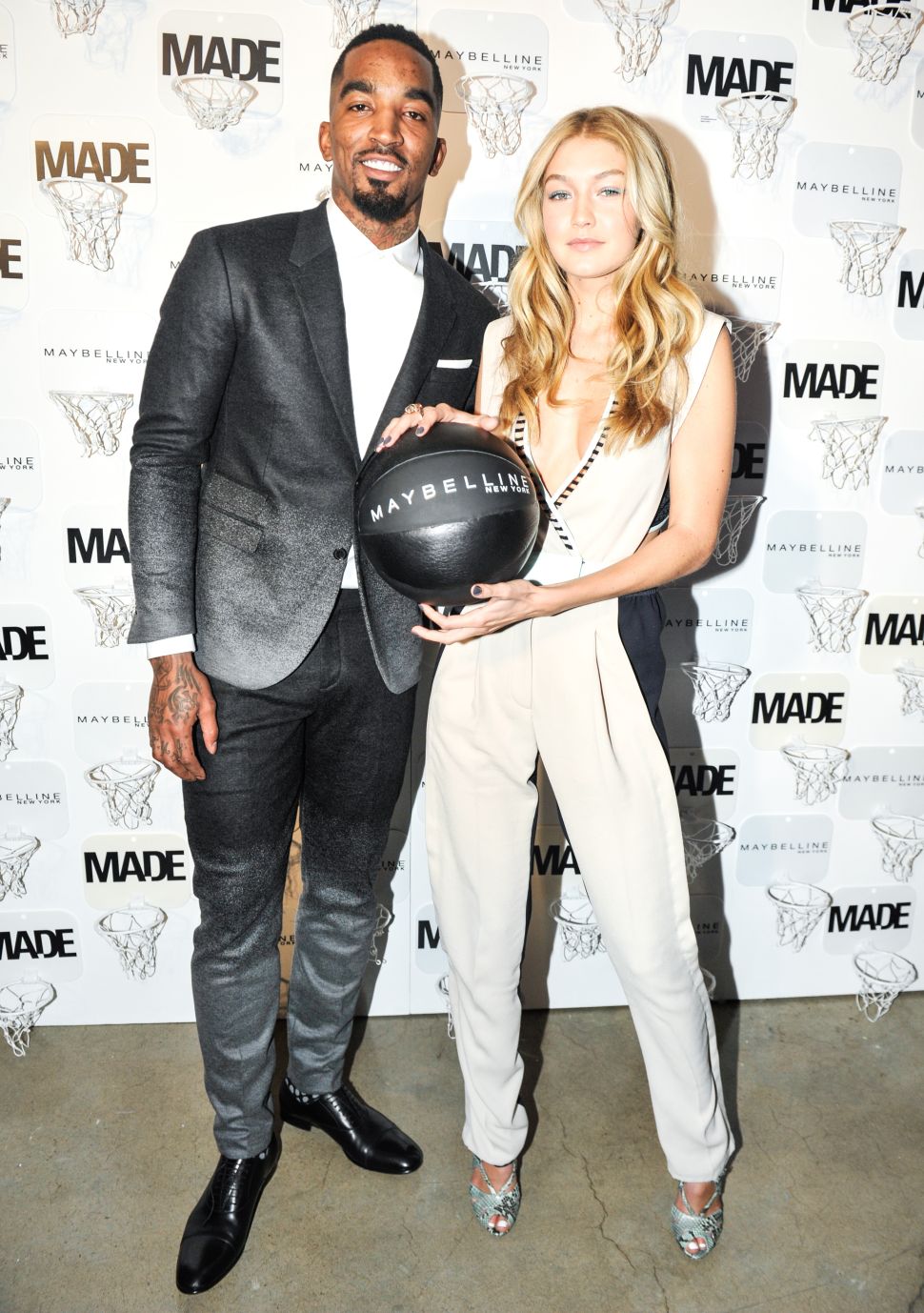