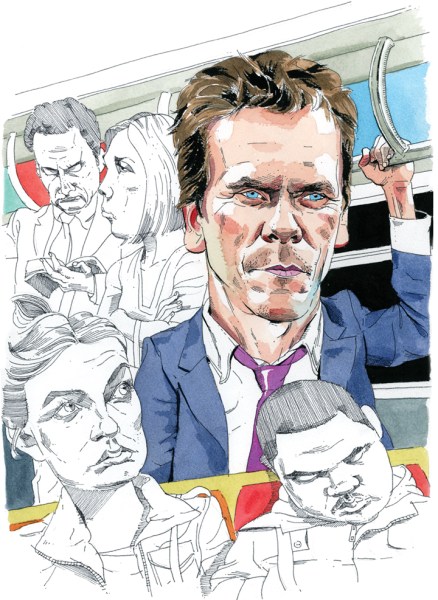 The first time I saw Kevin Bacon wasn’t in Footloose or Apollo 13, it was walking down the street in Greenwich Village. This isn’t as rare an occasion as you would think. Mr. Bacon, an Upper West Sider, usually rebuffs the confines of a private car for public transportation with the rest of us. Speaking recently with Mr. Bacon about the return of his Fox show The Following on March 2, he said I should have approached him all those years ago, despite “the look” he often has on his face. I ask him to describe that look. “Well, I’m a New Yorker,” he answers, and that’s all the description I need.

I know you get asked all the time if you still ride the subway.

I just got off the subway, actually.

Is it important to you to still ride the subway no matter how famous you become?

If you navigate it in the right way, New York is the most celebrity-friendly place on Earth. New Yorkers, they’re just too busy to ever bother you. As an actor, the people that I’m usually asked to play aren’t movie stars. Mostly who I play is regular people—cops, people on Wall Street, doctors or whatever. I need to feel like I’m connected to people. For that, New York is a never-ending source of research and inspiration.

Can you name a specific time that New York inspired you?

When I was 17, I left home. I told my parents I didn’t want to do college. It’s corny, but I had a suitcase and a dream. I got off the train at Penn Station and I got on the Uptown—don’t remember if it was a 1, a 2 or a 3—got off at 72nd Street, and I remember that moment stepping out of the subway. There is that intersection there of Broadway and Amsterdam and 72nd Street, and I was like “Wow, this is the center of the universe. I’m in the eye of the storm.”

I know The Following shoots in New York, but is it just the most depressing time filming that show? Someone is always getting stabbed.

It definitely takes its toll, I won’t lie about that. I go to work and almost always I’m trying to kill somebody or somebody’s trying to kill me. Even though we all know it’s fake blood, there’s a lot of blood lying around. That mostly comes out in dreams. I have very dark dreams sometimes.

Not enough people talk about Hollow Man. What would you, Kevin Bacon, do if you could actually be hollow for a day?

I’ve often said that if I had to have a super power, invisibility would be the most fun. I mean, I wouldn’t trade being famous, 99 percent of it is great. Your life, in a lot of ways, is made easier just based on the fact people want to do nice things for you. No one really talks about that, but it’s really true. But sometimes there are those days when you’re leaving the house and you know you’re being looked at all the time, and while you’re looked at, you’re judged. You know, “He looks older, or taller, or thinner or fatter,” or whatever. That’s what people do. You see somebody you recognize, you go, “Oh wow, I did not like that movie he was in.” That is the part where it would be nice to slap on the old Hollow Man.

You’re referenced in the film Guardians of the Galaxy. How do you want the name Kevin Bacon to be talked about light-years in the future?

Kevin Bacon never won an Oscar, but at least he had a game named after him. 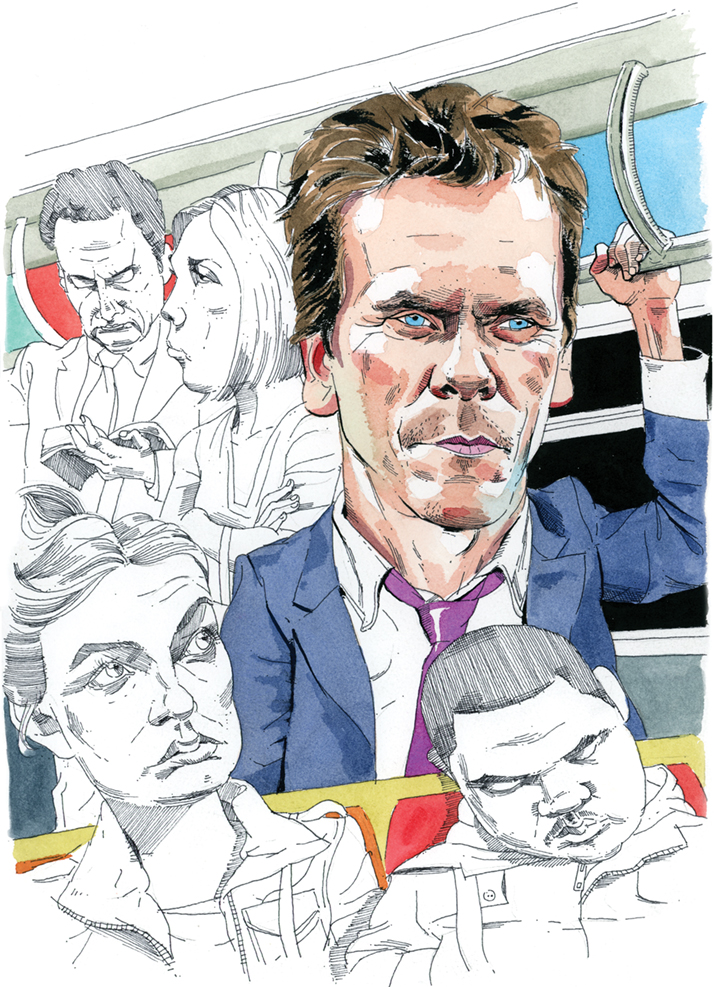