In the truncated thriller Out of the Dark, Julia Stiles and Scott Speedman are Sara and Paul, who move with their daughter Hannah in tow, from their home in London down to the jungles of Colombia, where she will take over her father’s paper factory and he will spend his free time illustrating children’s books. Before you can say “Welcome,” Paul detects in his camera images of a weird face peering out of the leaves and roots in the surrounding forest.

According to local legend, conquistadores once kidnapped the local children and burned them to death in a mysterious fire. Now their angry spirits haunt the village and everything bad that happens is blamed on their ghosts. Before you can say “Boo” Hannah is lured from her bed and dragged away. The set is set for a hair-raising thriller.

Unfortunately, there aren’t many thrills and the pace is so slow that I fell asleep from tedium waiting for something that resembled a goose bump. Almost everything takes place in the dark, making it difficult to see what’s happening, and it’s always raining. In most movies about people pursued by dark forces, it never seems to occur to anyone when things go bump in the night that maybe they should just move. Why are so many children creeping through the night wreaking havoc on the village? Something, it turns out, to do with mercury poisoning from the old paper mill, which Sara’s father (a wasted Stephen Rea) covered up, resulting in many deaths.

There’s a chase through crawlspaces and various catacombs that tries to be spooky, but the direction by Lluís Quílez is too stolid and the screenplay by Alex and David Pastor and Javier Gullon is dead on arrival. They got an expense-paid vacation to Colombia out of it, but for all the ambience of that country, they could have shot Out of the Dark in Westchester. 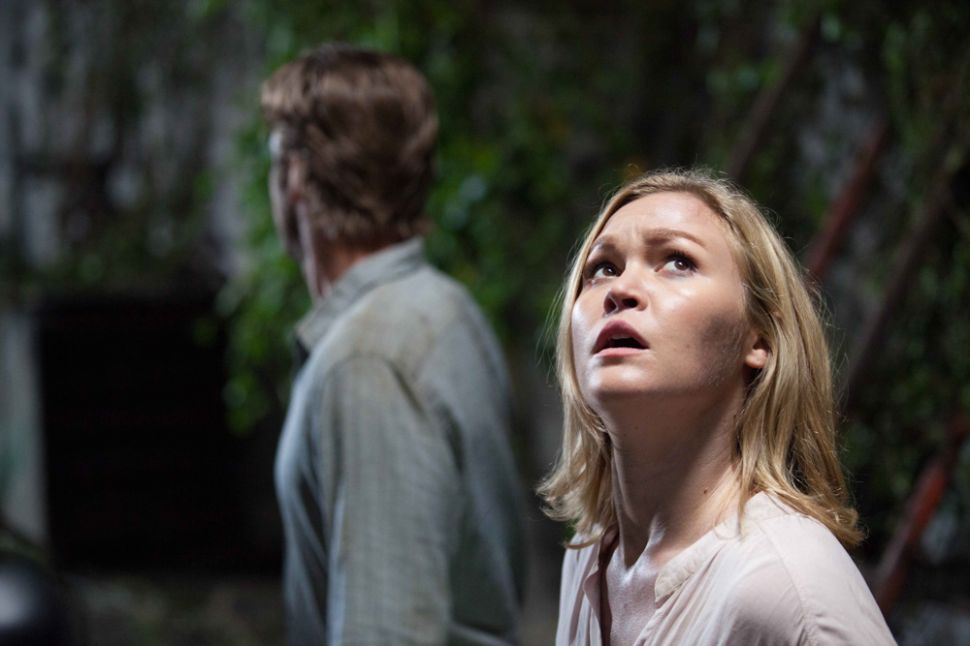