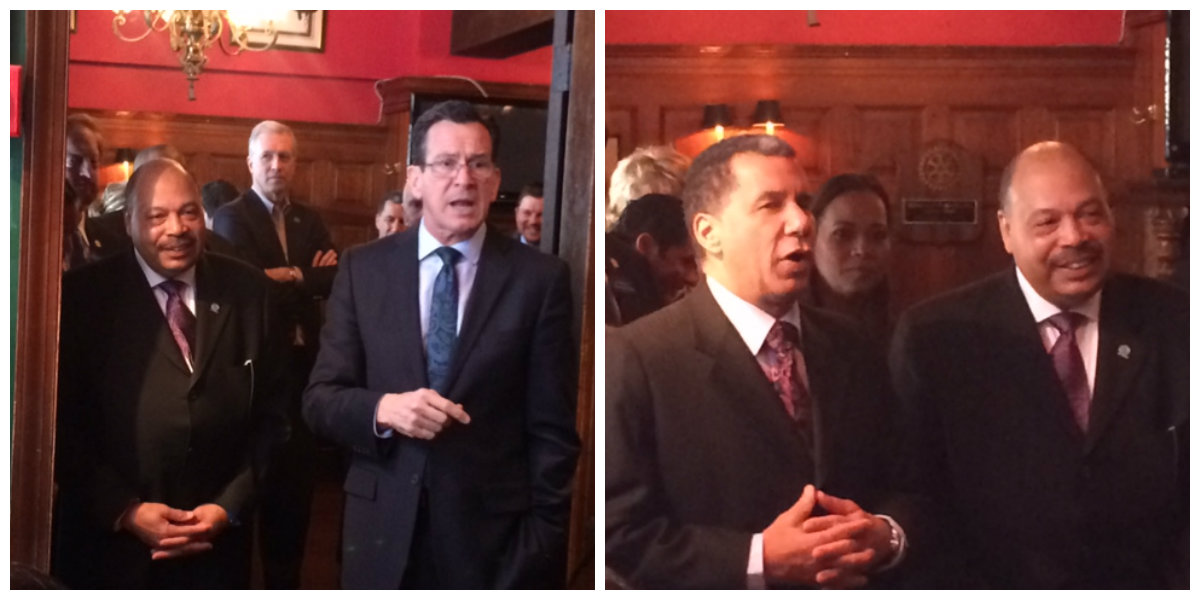 New Jersey Democratic State Committee Chairman John Currie smiled while Connecticut Governor Dannel Malloy and former New York Governor David Paterson addressed the crowd at the Dubliner Irish Pub. But when Malloy and Paterson both addressed the record of Governor Christie hours before he was set to speak at Thursday’s evening events, the smiling stopped.

“Governor Christie has been a huge disappointment,” said Connecticut Governor Dannel Malloy, who withstood a challenge by Republican candidate Tom Foley, who was backed by Christie in his previous capacity as Republican Governors Association Chairman in 2014, told PolitickerNJ. “The policies that he has wrought upon the state of New Jersey have been the wrong policies. He has been willing to defund the pension system and he has been willing to sacrifice the state’s credit worthiness. That is, quite frankly, despicable. He should be held accountable.”

“The message is that there is still a state of New Jersey. There are a myriad number of problems facing New Jersey. When you start to become an absentee in your own state, maybe you are perhaps losing focus,” said former New York Governor David Paterson, referring to Christie’s frequent trips in support of his putative 2016 Republican presidential nomination bid. “If you lose focus as the governor of a state, then you will lose focus as the president.” 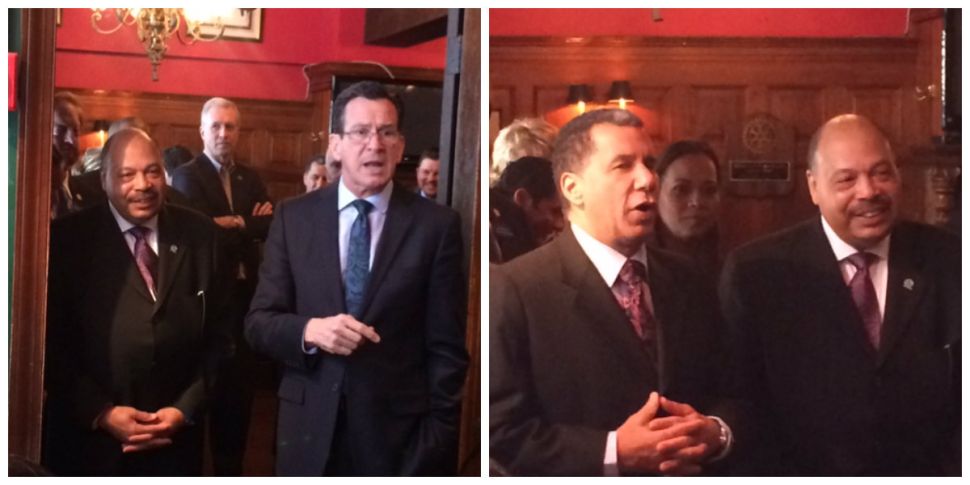