Good news for Jewish marijuana consumers in New York. Marijuana edibles, for medical use at least, may soon be deemed kosher by the Orthodox Union, according to Jewish Daily Forward. Working under Gov. Cuomo’s Compassionate Care Act that was enacted last year, the union is negotiating with companies interested in making their products kosher for medicinal use.

The Compassionate Care Act allows for the consumption of medical marijuana in New York—users are not permitted to smoke the drug, and rather can only ingest the plant through capsules, oils and food. When smoked, medical marijuana is considered “a perfectly acceptable use of a plant that grows in God’s garden,” according to Yeshiva University Medical Ethics Expert Rabbi J. David Bleich. Although he adds that any food-related item would have to be prepared under the jewish dietary law, Kashrut, and approved by the Orthodox Union.

Still, not all members of the Jewish community agree with the use of marijuana. In fact, most Orthodox rabbis say recreational use is strictly prohibited. Rabbi Bleich said some feel it’s “pleasure for pleasure’s sake.”

But whether consuming marijuana is deemed socially acceptable within the Jewish community or not, it appears New Yorkers will have the ability to decide on their own when medical marijuana is sold in New York State next year. 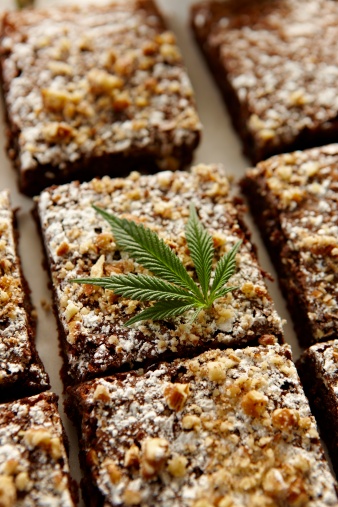