As controversy swirls around the city’s use of broken windows policing and the conditions at city jails, Council Speaker Melissa Mark-Viverito said today the city should cut back on arrests for minor crimes, and make it easier for those arrested to make bail.

The proposal were part of Ms. Mark-Viverito’s agenda for reforming the city’s criminal justice system, outlined today in her first State of the City address at an East Harlem housing project.

“The time to reform our criminal justice system is now—and we must aggressively seize this opportunity,” she said.

The speech comes after months of discord between police and communities of color since the death of Eric Garner, who died as police tried to arrest him for the low-level crime of selling untaxed cigarettes. The remarks were delivered on the same day a rookie NYPD officer, Peter Liang, was arraigned on charges of manslaughter for shooting and killing Akai Gurley, an unarmed black man who was walking in the stairwell of a Brooklyn housing project.

In the wake of Garner’s death, many questioned and criticized the broken windows strategy of policing, which calls for strict enforcement of quality of life crimes such as selling cigarettes and is championed by NYPD Commissioner Bill Bratton. Activists have argued that the policy is unfairly applied in communities of color, while Mr. Bratton has said police simply respond to complaints.

Ms. Mark-Viverito’s proposal would have the city continue to police minor crimes—but to do so with civil penalties or desk appearance tickets whenever possible. The city has already stopped making arrests for possession of small amounts of marijuana, opting to issue desk appearance tickets instead—essentially, a summons to court.

The speaker offered only one example of an offense where she’d look to issue tickets instead of arrests: turnstile jumping, that oft-cited crime Mr. Bratton cracked down on as chief of the city’s transit police in the 1990s.

“If you are accused of jumping a turnstile or committing other minor offenses in New York City, you may be locked up. And if you can’t afford bail you will spend on average 15 days in jail,” Ms. Mark-Viverito said. “The results are predictable: people lose their jobs, or their housing, and cannot take care of their children while they are in custody.”

She argued that it’s simply not fiscally responsible—it is much more expensive, at roughly $100,000 a year per inmate, for the city to keep someone at Rikers Island for a minor offense. Nor is it fair to people who have yet to be convicted of the minor crimes, she said, particularly when Rikers is also the subject of a U.S. Attorney’s investigation into alleged brutality against minors.

“To fix this, we propose expanding the use of summonses and desk appearance tickets for minor charges instead of locking kids up. Currently, New York City enforces many low-level offenses as criminal charges. We need to change that,” Ms. Mark-Viverito said.

Turnstile jumping is one example of an offense that state law allows police to treat as a civil offense, rather than a criminal one.

But determining what other “minor” charges might also better dealt with through civil penalties, summonses or desk appearances will require consultation with the NYPD and the Mayor’s Office of Criminal Justice, she said, as well as time to ensure that the court system is equipped to deal with an increase in summonses.

And in cases when someone is arrested for a low-level crime, they shouldn’t have to sit on Rikers Island for days or weeks because they can’t afford to pay bail.

“Because the overwhelming majority of those in jail are there because they can’t afford bail—often as little as $500 to $1000 dollars—we will work to create a citywide bail fund,” she said.

Bail allows a defendant to await trial outside of jail, and is designed to ensure the accused shows up in court. But many New Yorkers are simply unable to pay it and wind up sitting in jail before they’ve been convicted of anything; several of them have been the focus of high-profile cases on Rikers Island.  The New Yorker wrote last year about one man who languished on Rikers Island three years awaiting a robbery trial, unable to pay $3,000 in bail. James Murdough, a mentally ill veteran, died in an overheated cell after being arrested on trespass charges and finding himself unable to pay $2,500 in bail.

Ms. Mark-Viverito said smaller pilot programs for bail funds had proven effective, with most participants showing up in court. (Skipping out on bail also results in a bench warrant for arrest.)

“Pilot programs with strict limitations have shown that bail funds are enormously successful—with an appearance rate in the 90th percentile—potentially saving the City millions in incarceration costs,” she said.

Her office did not provide details on who would qualify for access to the proposed bail fund or precisely how it would be funded, though it did say a citywide fund would cost $1.4 million in a revolving fund. The pilot to which she referred is the Bronx Freedom Fund, the speaker’s office said.

The citywide fund would likely be run by a non-profit, as state law allows for non-profits to establish bail funds for those too poor to pay. That amounts to a significant number of defendants: even when bail is $500 or less, only 15 percent can afford to pay it immediately, Ms. Mark-Viverito’s office said. 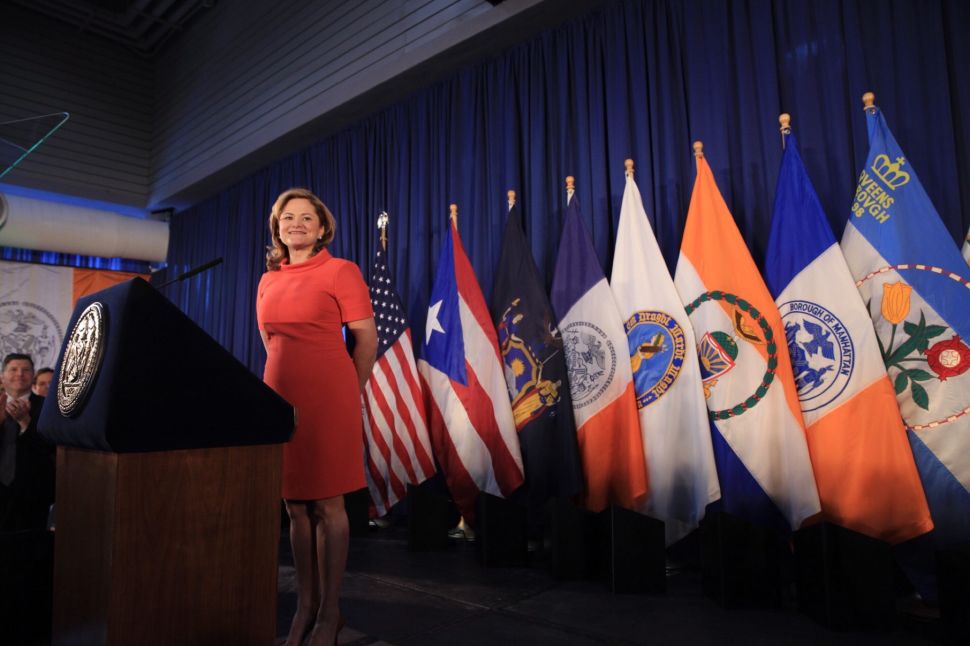