If you want a free meal, start spreading your McLove, because the fast-food chain restaurant announced its “Pay with Lovin’” campaign Sunday night during Super Bowl XLIX.

From Feb. 2 through Valentine’s Day, a McDonald’s “Lovin’ Lead” manager at each location will choose a few lucky winners every day during the Promotional Time Period to give a free meal to—this is all according to the OFFICIAL RULES.

When customers enter the restaurant through a door chosen by the Lovin’ Lead during the Promotional Time Period, they will receive a chance to win. To become an official winner and get the prize, the chosen customer, now an unofficial winner, has to do a loving act the manager asks of them, which could be anything from a fist bump to calling their mother to tell her they love her, according to the McDonald’s website.

On the inaugural day of the new campaign, the brave Lovin’ Leads of New York told the Observer that customers are generally game, which is just about the most you can ask for when surprising a New Yorker with a request for PDA while they’re fiending for their 10-piece order of McNuggets.

Lovin’ Lead Victor Maduena, a man who just that day confessed love to a customer during a blizzard,  wants customers to feel like McDonald’s is a place for ~family time~. To Mr. Maduena, the McDonald used to have an implicit association with the idea of family which has been tragically missing from the Micky D’s brand as of late.

There were three official winners at Mr. Maduena’s location, some of which he said were taken aback when he first approached them.

“Sometimes they think it’s a joke—at first they’re like, ‘Oh what?’” Mr. Maduena said. “They’re happy, and that’s the most important thing.”

On 8th Avenue, Lovin’ Lead manager Sasha Flores couldn’t conceal a smirk when talking about the initiative, but she seems to think it is a good idea. She said customers are happy with it, especially since they’re getting a free meal.

“I think it’s a good idea. Our customers are happy…it does spread the love,” Flores laughed.

Kate Bachelder wrote in the Wall Street Journal that she’s one customer not on board with this whole lovin’ campaign. After being coerced into dancing in a public fast-food restaurant on a Monday morning, she said she would have rather paid for her Egg McMuffin without the embarrassment.

“The public embarrassment ended soon enough, and I slunk away with my free breakfast, thinking: Now there’s an idea that never should have left the conference room.” Ms. Bachelder wrote. “McDonald’s should dump the “love” mantra and get back to the excellence mantra that made the Egg McMuffin a world-wide phenomenon.” 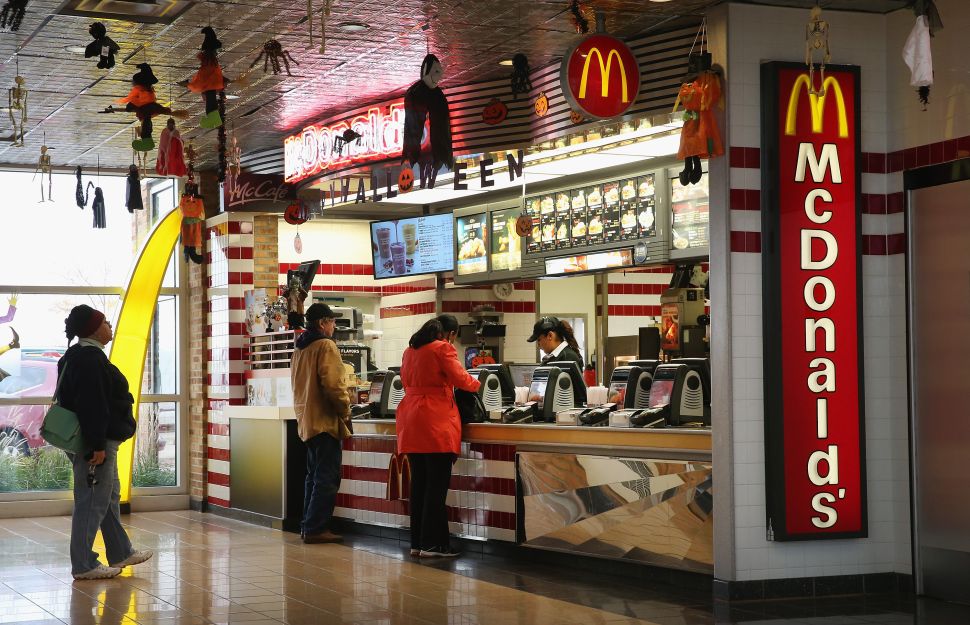