Yesterday, the sun finally decided to shine on Fashion Week, causing attendees to grumble, “Finally!” and maybe even pull out their best shades.

Michael Kors took this one step further, hosting a party at the company’s Soho flagship store to celebrate a new line of sunglasses. Just hours after the brand’s runway show, some of Mr. Kors’ favorite models and muses—including a press-shy Kate Hudson and Allison Williams—gathered to toast the new eyewear.

“I’m pretending it’s spring today,” Harley Viera-Newton said, gesturing at her sunny green Michael Kors frock. The DJ-cum-social-butterfly adored the MK show yesterday, saying everything in the collection was “luxurious and beautiful, but wearable, so you really look at [Kors] as an investment piece that you really covet. So I wanted everything.”

Ms. Viera-Newton is heading to London today, and she’s not the only FOK (friend of Kors) hopping across the pond for even more fashion-oriented merriment. The globetrotting model Ming Xi told us her secret for staying fresh while traveling is to sip warm —icy liquids will zap your energy, you see.

Ms. Xi had reason to celebrate this year because it was the first time she sat front row at Michael Kors instead of walking in the show. “Of course, we all see the same looks, but it’s very different when you can see everyone walk out with the music, and they’re all your friends,” she said. Yes, we’d imagine. Ms. Xi’s favorite item in the show was a long, wool, beige cape.

Hanneli Mustaparta was also singing Mr. Kors’ praises, saying the designer “nailed it” with his presentation that morning.

“You always feel super fresh when you’ve been there,” she said of his runway shows. This boost of energy must be helpful when, like Ms. Mustaparta, you’re jetting from Milan to Paris to Sweden over the next week or two.

Finally, the Victoria’s Secret model Lily Aldridge, sporting thigh-high Kors boots and a black-and-white minidress, told us she’d been having “a beautiful week.” She gushed over an “incredible suit” she had seen at the Kors show earlier. “It had these beautiful sequins on it,” she said. “And I’m not really a sequins girl at all, but it looked so cool, so rock-and-roll, and I loved it.”

Married to Caleb Followill of Kings of Leon, Ms. Aldridge knows a thing or two about rock and roll. It follows, then, that she is excited about the ’70s revival present on so many of the runways this past week.

Ms. Aldridge has been close with Mr. Kors since they attended the Met Ball together last year, although her own personal love affair with the designer “started much before then,” she said with a laugh. Now that she is actually friends with the designer rather than just a superfan, she said, “I just love Michael as a person. If you know Michael, he’s just the most generous, warm, loving, lovable man and you can see it in those clothes—his passion for what he does. I’m always proud to be a part of Michael Kors.”

Party guests who were treated to champagne, cookies and a free pair of MK shades as they walked out the door must have been thrilled, as well. 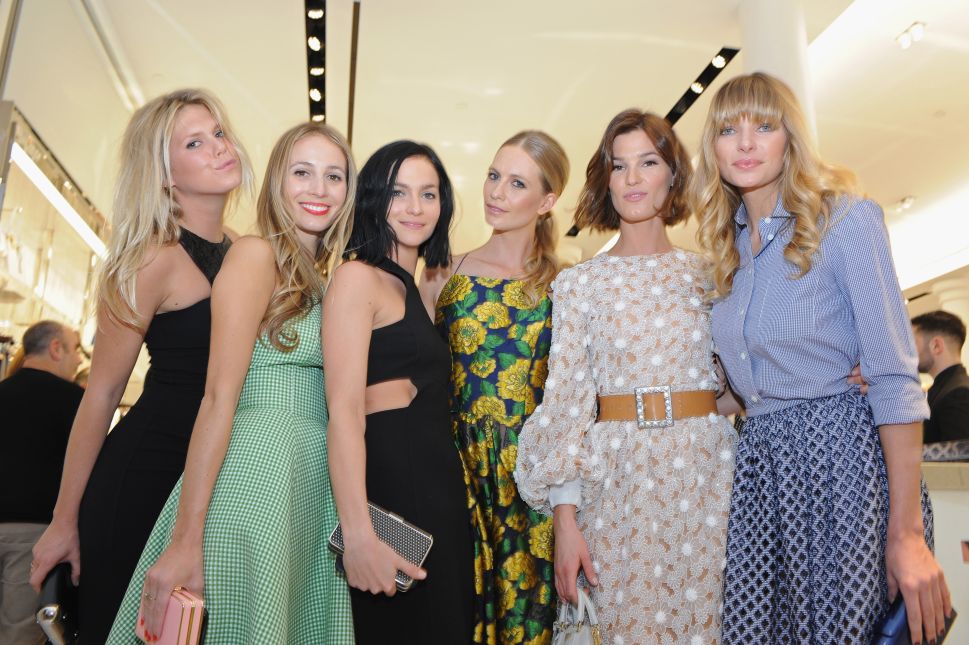