“I’ve heard more action from an Irish wake,” boomed freeholder John Curley, who’s up for re-election in the Republican-leaning battleground county this November.

A continuous stream of speakers on the stage of the ballroom has often failed to divert attention away from the mountains of food in the back, where most guests have congregated.

The team’s next challenge comes this year with Curley, who appeared wild-eyed and mad with determination on the stage here tonight.

He later praised Assembly Minority Leader Jon Bramnick’s (R-21) efforts in pulling the event together, held in hopes over wresting control from Democrats in races across the state this year.

“This state will be the beacon of light,” Curley said. 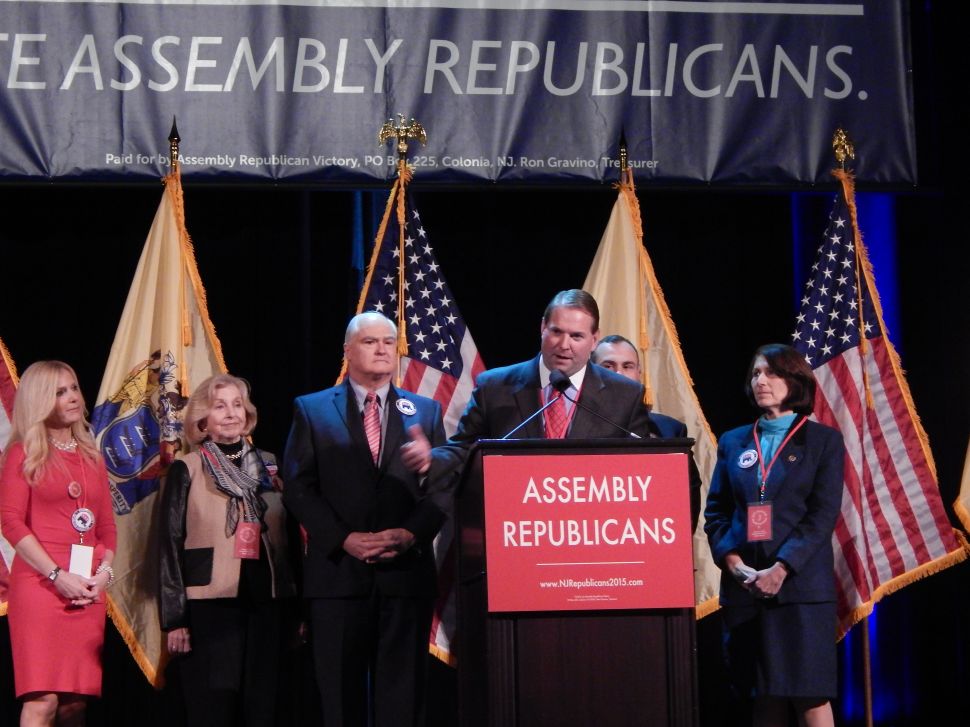