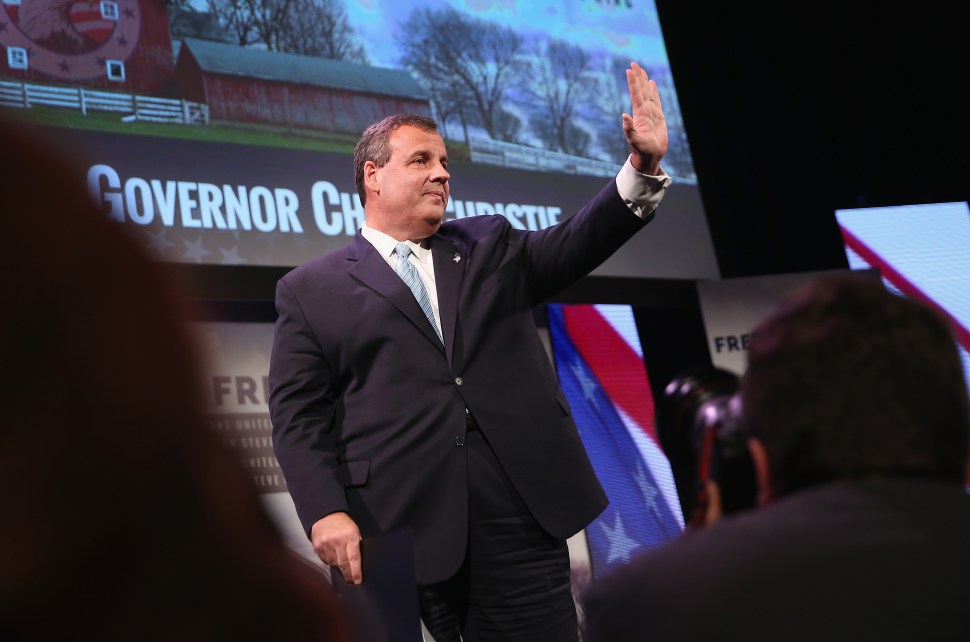 Gov. Chris Christie’s job ratings in New Jersey continue their post-Labor Day downward skid, according to this morning’s Monmouth University Poll.  Nearly two-thirds of Christie’s constituents say he is more concerned about his own political future than he is about the state, with increasing skepticism of the stated purpose for his recent foreign trips,. Christie went to England just this week.

New Jersey, which has voted Democratic in the last six presidential elections, feels Hillary Clinton would make a better president than Christie, according to the poll.  It may be more surprising that Christie does not have a clear advantage when he is pitted against GOP contender Jeb Bush, even among his fellow New Jersey Republicans.

When New Jerseyans are asked who would make a better president – Chris Christie or Hillary Clinton, Clinton gets the nod from 58%, with 32% choosing the Garden State governor.  Clinton is the clear preference among state Democrats (78% to 16% for Christie) and independents (52% to 33%), while Christie gets the nod among Republicans (58% to 29%).

When Christie is pitted against another establishment Republican, specifically former Florida governor Jeb Bush, New Jerseyans are divided on who would make a better president – 40% select Christie while 36% choose Bush.  Another 15% say neither would make a good president, 1% volunteer that both would be equally as good in the White House, and 8% have no opinion.  New Jersey Democrats (38% Christie to 37% Bush) and independents (38% Christie to 36% Bush) are split down the middle on the two probable candidates.  What may be more surprising is that Christie is not the overwhelming presidential preference of his fellow New Jersey Republicans – 46% say Christie would make the better president while 37% say Bush would be a better fit as Commander-in-Chief.

“Clinton leading Christie in ‘Blue Jersey’ isn’t too much of a shock, but Jeb Bush’s competitiveness among Garden State Republicans should give the governor pause,” said Patrick Murray, director of the independent Monmouth University Polling Institute in West Long Branch.

Christie has a larger advantage over Scott Walker, the Wisconsin Governor who, like Christie, built his reputation on cutting state spending and reducing public pension benefits.  More New Jerseyans say Christie (38%) would make a better president than Walker (26%), with 15% saying neither would make a good president, 1% preferring both equally, and 20% having no opinion.

Two-thirds of New Jerseyans (66%) believe that Gov. Christie is more concerned with his own political future than he is with governing the state (25%).  Back in September, 56% of state residents felt that Christie was more focused on his own ambitions while 33% said he was concentrating on New Jersey issues.  Similarly, Christie’s trade mission to Great Britain earlier this week was seen by 65% of New Jerseyans as mainly designed to boost his presidential prospects.  Only 17% said the trip’s main purpose was to build trade relations between New Jersey and Britain.  After Christie made a similar trip to Mexico last fall, 52% saw the trip as primarily to serve his presidential ambitions compared to 21% who said the trip was mainly to help the state.

The shift in public opinion about Christie’s priorities is due mainly to increased skepticism among his fellow Republicans.  In September, a majority (54%) of Garden State Republicans said that Christie was more focused on the state than his own political future (33%).  The GOP constituency’s view has now flipped, with 54% saying Christie’s ambitions are his paramount concern and only 33% saying his state duties are more important to him.  Republicans were divided on the purpose of the Mexico trip – 33% said it was to help Christie’s presidential hopes and 31% said it was to boost New Jersey’s economy.  They are much more likely to see this week’s overseas jaunt as a presidential campaign stop (58%) rather than a state-focused trade mission (21%).

“Even New Jersey Republicans are starting to wonder whether Gov. Christie is treating his day job as an afterthought,” said Murray.

Practically 4-in-5 New Jerseyans (79%) believe that Christie is planning a 2016 run for president, slightly higher than September, when 75% said the same before his political action committee was formed.  Overall, 47% say that Christie’s travel schedule and potential presidential plans have had no impact on his performance as governor and 9% say this has actually made him more effective.  A sizable 40%, though, say that the presidential campaign focus has made Christie less effective as governor.  Among those who believe he will make a presidential run, 44% say his pre-campaign activities have made him less effective as governor, up from 39% of this group who said the same back in September.

Overall, 38% of New Jerseyans have a favorable opinion of Chris Christie as a person and 40% have an unfavorable view.  Another 23% have no opinion.  The poll also found that 52% of New Jerseyans feel that Christie does not have the right temperament to be president while 44% say he does.  These results are similar to a Monmouth University poll taken one year ago when 54% said he does not have the right temperament and 41% said he does. 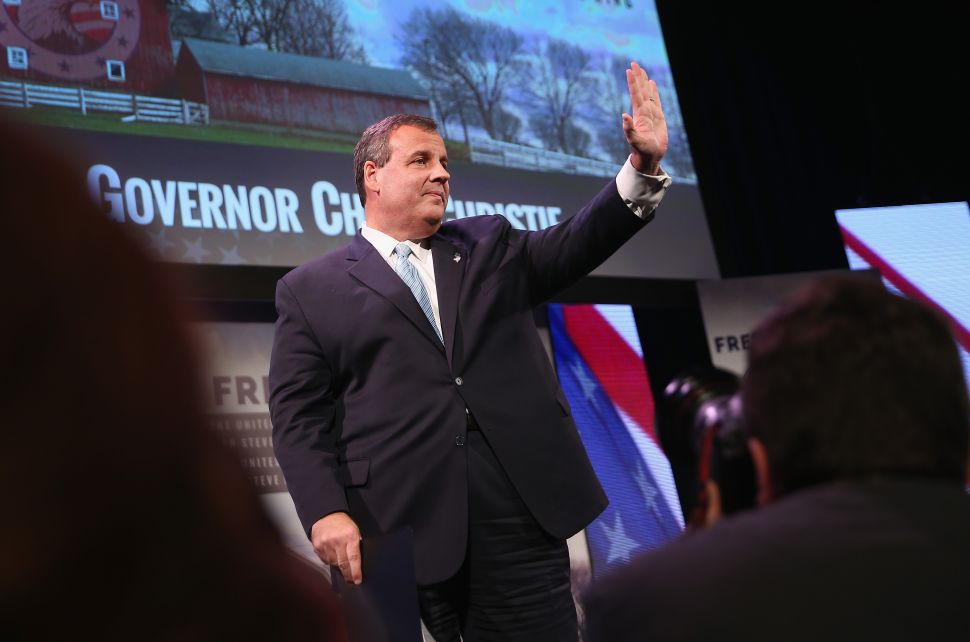