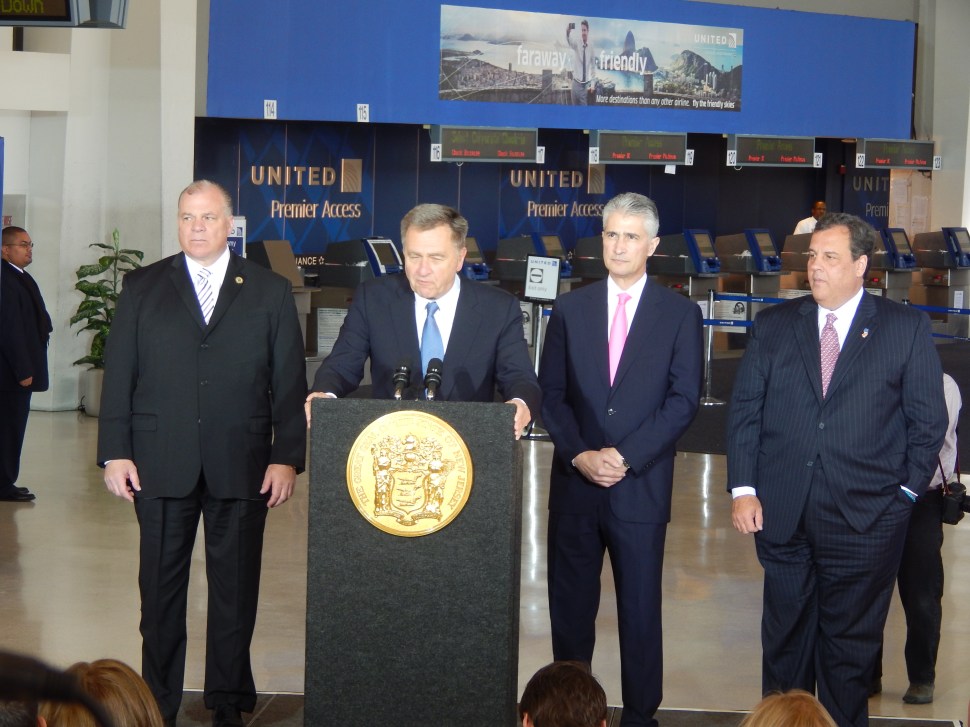 In Chicago Thursday after staggering through a blunder-filled British tour a week ago, Governor Chris Christie now faces New Jersey voters who have soured on the governor, according to today’s latest Rutgers-Eagleton Poll.

As he maintains a 2016 presidential campaign tour with swings this week to Iowa and Illinois, the Republican governor’s support has collapsed to just 37 percent of registered NJ voters reporting a favorable impression, down seven points in just two months, the poll reports. (Pizarro/PolitickerNJ)

TRENTON —  Taking a stand against what he characterized as rising care costs spurred on by the Affordable Care Act and brandishing what looked to be redeemed public labor support, Senate President Steve Sweeney (D-3) outlined a plan this afternoon for a more “personalized” approach to healthcare for state employees in New Jersey. (Brush/PolitickerNJ)

WEST NEW YORK – The crowd of more than 150 people packed into Las Palmas restaurant in West New York knew that Mayor Felix Roque’s reelection campaign had begun when the classic Cuban music and Frank Sinatra’s “Summer Wind” were shut off.

In an instant, Richard Wagner’s “Ride of the Valkyries” blasted out of the speakers as Roque took the stage to a standing ovation. The classic German opera piece became a part of American pop culture when it was in the film Apocalypse Now, used for psychological warfare in wartime. On Thursday night before his supporters, Roque said that he was on his own mission. (Bonamo/PolitickerNJ)

TRENTON –In anticipation of a bill in the pipeline that aims to significantly curtain the practice in New Jersey’s state and local prisons, prison officials and religious leaders packed a hearing of the Senate Law and Public Safety Committee this morning to debate the use of solitary confinement in New Jersey.

Sponsored by state Sen. Raymond Lesniak (D-20) — and championed amid a nationwide push to ban it by a coalition of prison reform and civil liberties groups — S2588 would regulate solitary confinement at New Jersey corrections facilities. (Brush/PolitickerNJ)

TRENTON — The Assembly Judiciary Committee sent one of New Jersey’s staunchest environmental advocates into a fury today after it passed A3547, a bill that would potentially end the state’s ability to enforce riparian laws — or rights that determines ownership of lands bordering tidal waters — after a certain period of time. (Brush/PolitickerNJ)

TEANECK – State Senate President Steve Sweeney (D-3) and state Senate Majority Leader Loretta Weinberg (D-37) shed some light into the difficulties faced by New Jersey legislators in advance of what is anticipated to be a trying state budget battle.

Sitting together at an impromptu news conference in Weinberg’s Teaneck office after a joint meeting held on Wednesday to highlight the importance of maintaining social service programs during a difficult budget season, the two Democratic legislative stalwarts touched upon two possible revenue boosters for the beleaguered state budget: the estate tax and the gas tax. (Bonamo/PolitickerNJ)

For some Port Authority commissioners, the indignities of traveling through New Jersey and New York airports — like waiting in long lines and toting luggage — have been optional. (Bakin, Boburg/The Bergen Record)

The Record used an open records request to obtain data from the state treasury showing the state government’s revenue projections.

The data shows the state was $180 million ahead of projections as of Dec. 31. (Associated Press)

New Jersey Gov. Chris Christie, giving a fundraising speech in the northwest suburbs Thursday, described Americans as being anxious because of “an absolute, abject failure in the Oval Office. (Black/Chicago Tribune)

This is the same Chris Christie who promised in his first inaugural address, “Today a new era of accountability and transparency is here.” (NJSpotlight)

One of the New Jersey fun facts about Democrat’s selection of Philadelphia for the 2016 convention included the presence throughout negotiations of a former familiar Newark political face. (Pizarro/PolitickerNJ)

Speziale’s surreal political surf ride back to the Tides

Look what the Tides dragged in. (Pizarro/PolitickerNJ) 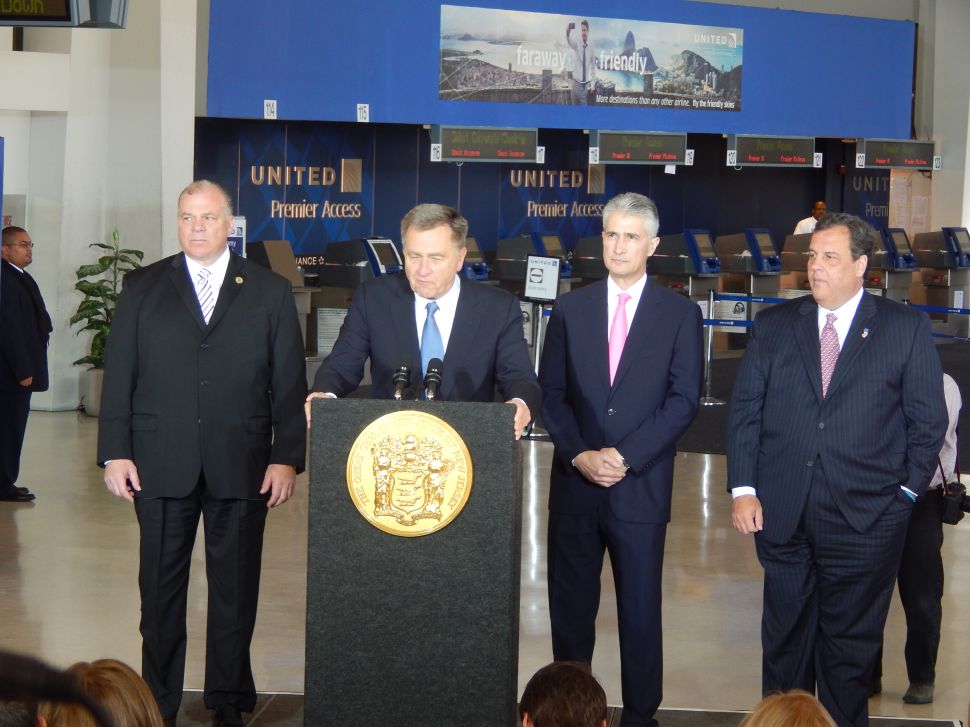